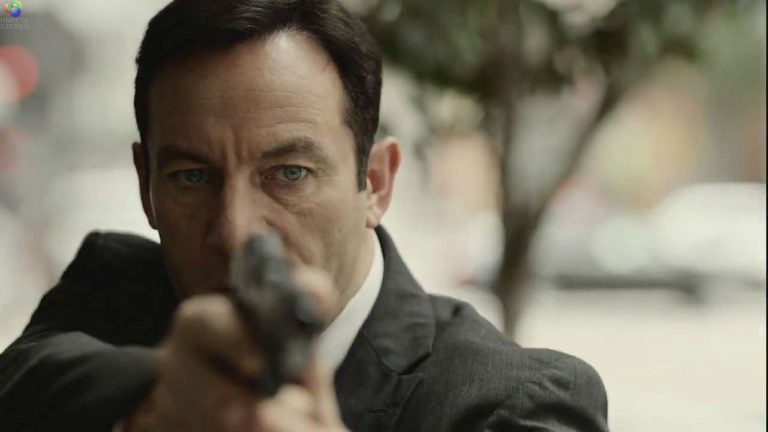 Awake, one of the most exciting TV series of this year, is finally scheduled to premiere on March 1, 2012 on Thursday nights at 10/9 C. The pilot was made available on Hulu and iTunes on February 16, 2012. The new NBC series starring Jason Isaacs comes from the writers and producers of 24. Here is an overview of what you can expect (caution: This overview includes spoilers).

In Awake, Michael Britten, a detective with the Los Angeles Police Department (LAPD), and his family are involved in a car accident. After the crash, Michael is confronted with two separate realities. His wife Hannah has (apparently) survived the accident; however, in a second “reality”, his son Rex survives instead.

To distinguish the two realities for the viewer, Michael wears a red wristband in the first reality and a green one in the second. Michael does not know which “reality” is real; he has therapy sessions with Dr. Jonathan Lee in the “red reality” and Dr. Judith Evans in the “green”, both of whom attempt to diagnose what is happening to Michael.

Each therapist sees it as a coping mechanism, insisting that the other reality is a dream. Dr. Lee is confrontational about the accident, while Dr. Evans is more nurturing. In the “red reality” Hannah plans to move to Portland, Oregon, but later decides against it (partly due to Michael’s objections).

Before the crash Michael worked with his long-time partner, Detective Isaiah Freeman (known to his LAPD team as “Bird)”. After the accident, Michael is assigned to Detective Efrem Vega in the “red reality.” Vega was previously an officer, when Bird was transferred to the western division to work with Detective Ed Hawkins.

In the “green reality,” Michael stays with Bird and Efrem remains an officer. While working on cases in both realities, Michael begins to realize that the details of one case can help him with another case in the other reality. Due to this, he often clashes with his partners (who are unaware of this).

Rex and Hannah grieve each other’s death after the accident, coping in different ways: In the “red reality” Hannah begins to redecorate the house, while in the “green reality” Rex begins to play tennis with Hannah’s former partner Tara. In “Turtles All the Way Down”, in a dream Michael sees Hannah at a restaurant. He was “dreaming while he was dreaming”, and Hannah told Michael to give her “one last kiss goodbye”. This causes Dr. Evans to note that Michael realizes the “green reality” is life. However, soon afterwards Michael sees Rex and Hannah together and is happy.

And details surrounding the accident are slowly revealed as the series progresses.