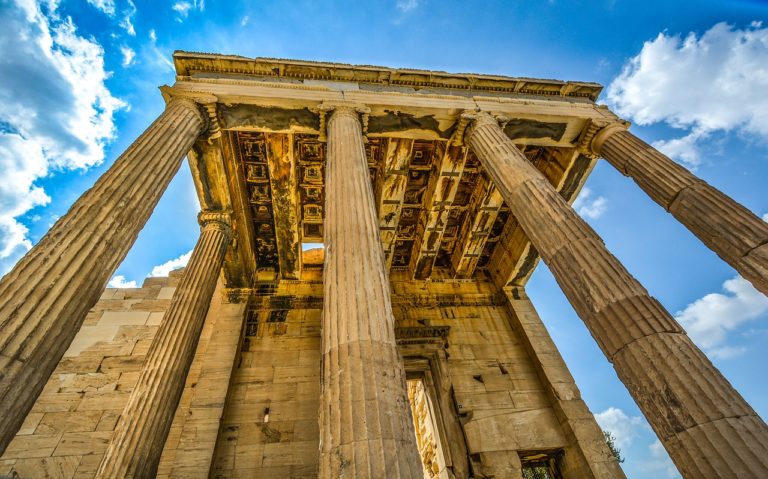 If you like Dan Brown type of stories, you will enjoy books by Charles Brokaw. Brokaw is a pseudonym for an author, academic, and college educator living in the Midwest. The New York Times bestselling author of The Atlantis Code

, has a new book out titled The Oracle Code

which is a refreshing read.

It was the most renowned and respected shrine in the Roman Empire, the object of veneration by Julius Caesar, Cleopatra, Octavian, and a host of other luminaries. It stood for centuries within a sacred precinct the size of a large town at the heart of the greatest Greek city in the world. Yet it disappeared without a trace, creating the greatest archaeological enigma of the ancient world. What became of the tomb of Alexander the Great? Does any part of it still survive?

When word of the tomb’s secret location and the treasured wisdom of the Oracle of Delphi it may hold materialize in the code of an ancient scroll in Afghanistan, Harvard linguist and archeologist professor Thomas Lourds must quickly find out. That is if the evil forces that wish to obtain the treasure that the tomb holds doesn’t stop him first. Russian President Nevsky and his secret police will stop at nothing to harness the power of what the tomb may hold—power to control the world as Alexander the Great did. When the Taliban catches wind of the discovery they’re also dangerously hot on the trail.

This is yet another fast-paced, and well-written novel about the adventures of archeologist/linguist Thomas Lourdes. Brokaw has a talent in mixing historical facts and mysteries with wonderful plots: Although the ending is predictable and the use of foreign governments in the conspiracies is a bit cliche, nevertheless this is a very enjoyable read!

Like Books By Charles Brokaw? You can check out the following books by this author.