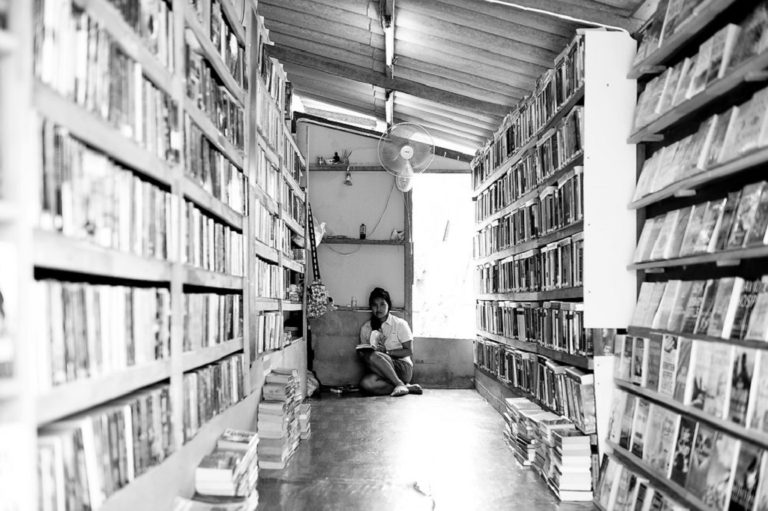 Notable Mystery Novels In The Market This Week

If you are on the hunt for finding your great new mystery read, we think you should definitely check out the US  debut of the Argentinian novelist Federico Axat: Kill the Next One

is just Great! This is an immersive psychological thriller from a talent new voice. In Kill the Next One

, we read about Ted McKay who had it all: a beautiful wife, two daughters, a high-paying job. But after being diagnosed with a terminal brain tumor he finds himself with a gun to his temple, ready to pull the trigger. Then the doorbell rings.

A stranger makes him a proposition: why not kill two deserving men before dying? The first target is a criminal, and the second is a man with terminal cancer who, like Ted, wants to die. After executing these kills, Ted will become someone else’s next target, like a kind of suicidal daisy chain. Ted understands the stranger’s logic: it’s easier for a victim’s family to deal with a murder than with a suicide.

However, as Ted commits the murders, the crime scenes strike him as odd. The targets know him by name and possess familiar mementos. Even more bizarrely, Ted recognizes locations and men he shouldn’t know. As Ted’s mind begins to crack, dark secrets from his past seep through the fissures.

If you are into heist stories, No Happy Endings

is new release with some nice twists: Fantine Park is not the woman her mother was — she’s certainly not the safecracker her mother was either. Hell, she’s not much of anything useful these days. Fresh off parole after a stint in the joint for a poorly thought out casino robbery, Fantine finds herself confronted by an old partner of her mother’s and right back in the thick of it.

Unfortunately, the man dragging her back to the life she left behind, one Aleksei Uryvich, is a complete bully and an idiot — content to believe he can get anything he wants with his brutish nature and the threat of a bullet for Fan’s elderly father, Jae.

The score: semen. Yes, semen. Gallons of it. Particularly, the genetic man-batter from supposed Ivy Leaguers and other elite. The material nets top dollar from Asia and Aleksei is foaming at the mouth at the profit potential.

The plan: there is no real plan. Fantine has to get it out of Evensight Storage; a sperm bank situated right by the Battery Park Tunnel in Manhattan. A place barely anyone but a sad sack with an empty sack sees the inside of on a day to day basis.

There’s no guarantee anyone involved in this mess is getting out alive, especially when Fantine finds herself face to face with the psychopath known as O Leiteiro — The Milkman.

Another US debut just hit the market from award-winning Hong Kong writer Chan Ho-Kei. The Borrowed

tells the story of Kwan Chun-dok, a Hong Kong detective whose career spans fifty years of the territory’s history. A deductive powerhouse, Kwan becomes a legend in the force, nicknamed “the Eye of Heaven” by his awe-struck colleagues.

Divided into six sections told in reverse chronological order—each of which covers an important case in Kwan’s career and takes place at a pivotal moment in Hong Kong history from the 1960s to the present day—The Borrowed follows Kwan from his experiences during the Leftist Riot in 1967, when a bombing plot threatens many lives; the conflict between the HK Police and ICAC (Independent Commission Against Corruption) in 1977; the Tiananmen Square Massacre in 1989; to the Handover in 1997; and the present day of 2013, when Kwan is called on to solve his final case, the murder of a local billionaire, while Hong Kong increasingly resembles a police state.

Along the way we meet Communist rioters, ultraviolent gangsters, stallholders at the city’s many covered markets, pop singers enmeshed in the high-stakes machinery of star-making, and a people always caught in the shifting balance of political power, whether in London or Beijing—all coalescing into a dynamic portrait of this fascinating city.

reveals just how closely everything is connected, how history always repeats itself, and how we have come full circle to repeat the political upheaval and societal unrest of the past. It is a gripping, brilliantly constructed novel from a talented new voice.

, Laurie Sheck’s Island of the Mad

follows the solitary, hunchbacked Ambrose A., as he sets out on a mysterious journey to Venice in search of a lost notebook he knows almost nothing about.

Eventually he arrives in San Servolo, the Island of the Mad, in the Venetian Lagoon, only a few minutes’ boat-ride from Venice. At the island’s old, abandoned hospital which has been turned into a conference center, he discovers a mess of papers in a drawer, and among them the correspondence and notes of two of the island’s former inhabitants—a woman with a rare genetic illness which causes the afflicted to gradually become unable to sleep until, increasingly hallucinatory and feverish, they essentially die of sleeplessness; and her friend, a man who experiences epileptic seizures.

As the sleepless woman’s eyesight fails, she wants only one thing—that her friend read to her from Dostoevsky’s great novel, The Idiot, a book she loves but can no longer read herself. As Ambrose follows their strange tale, everything he has ever known or thought is called into question.

If you have read any of these new titles, please feel free to share your thoughts and comments and let us know what you think of them.