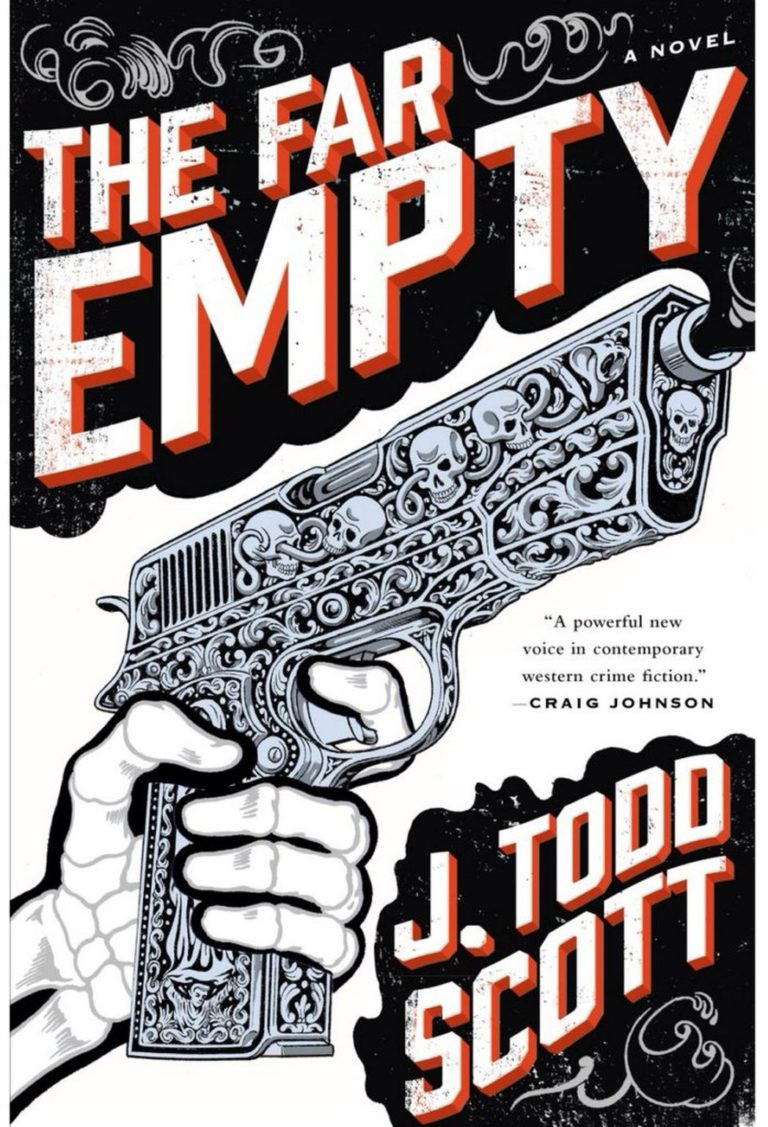 J. Todd Scott has been a federal agent with the DEA for more than twenty years, working cases investigating international maritime smuggling, domestic meth labs, and Mexican cartels. He has a law degree from George Mason University and is a father of three. A Kentucky native, he now resides in the Southwest, which provided the backdrop for The Far Empty

Seventeen-year-old Caleb Ross is adrift in the wake of the sudden disappearance of his mother more than a year ago, and is struggling to find his way out of the small Texas border town of Murfee. Chris Cherry is a newly minted sheriff’s deputy, a high school football hero who has reluctantly returned to his hometown. When skeletal remains are discovered in the surrounding badlands, the two are inexorably drawn together as their efforts to uncover Murfee’s darkest secrets lead them to the same terrifying suspect: Caleb’s father and Chris’s boss, the charismatic and feared Sheriff Standford “Judge” Ross.

Dark, elegiac, and violent, The Far Empty is a modern Western, a story of loss and escape set along the sharp edge of the Texas border. Told by a longtime federal agent who knows the region, it’s a debut novel you won’t soon forget.

Far Empty i s not your typical debut mystery: It is an unusually-plotted novel which presents you with Western crime fiction at its best. It portrays a remarkable picture of the empty Texas border country and it has very memorable characters. With great potential in the plot and lead characters, I am not surprised if it is eventually turned into a TV series. We highly recommend this title to those who are looking for fresh and notable titles with a bit of desert Texas feel.

Where Alluring Facades Meet Unsettling Reality: On “Scarstruck” And “Honey, I Killed the Cats”