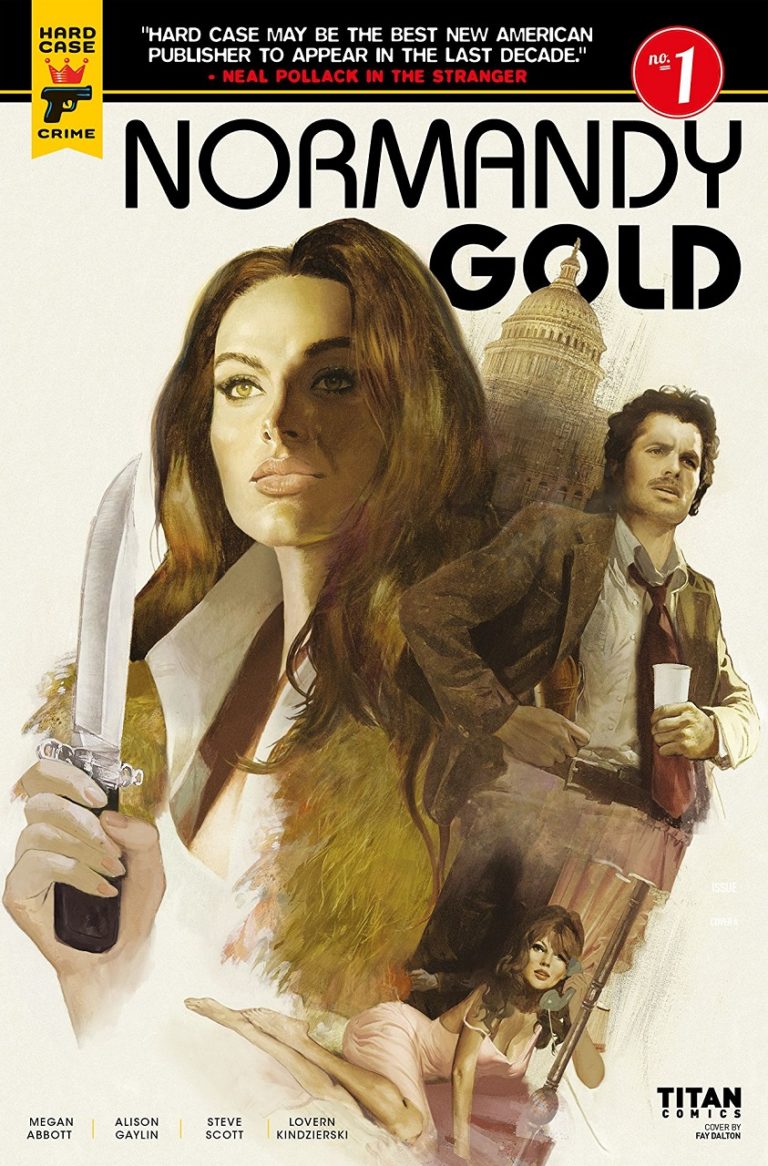 A new addition to rather small family of crime/noir graphic novels released this year is Normandy Gold: The story is centered around Normandy; a complete nut case who is almost like a femme fatale version of Mickey Spillane’s private eye Mike Hammer but with none of the undercover moral compass of wanting to do the right thing.

When her younger sister is found at the center of a brutal murder investigation, tough-as-nails Sheriff Normandy Gold is forced to dive headfirst into the seedy world of 1970s prostitution and soon discovers a twisted conspiracy leading right to the White House.

The team behind this new release is impressive: Written by acclaimed author Megan Abbott (TV writer on HBO’s The Deuce), bestselling crime novelist Alison Gaylin (What Remains Of Me), and illustrator Steve Scott (Batman, X-Men Forever, JLA), the novel can well become a popular series given the right combination of absorbing plots and Scott’s masterful illustrations.

The following 10 pages from this book will, perhaps, put our assessment of this new title more into perspective. We would like to thank Titan Comics for the generous support and providing this preview: 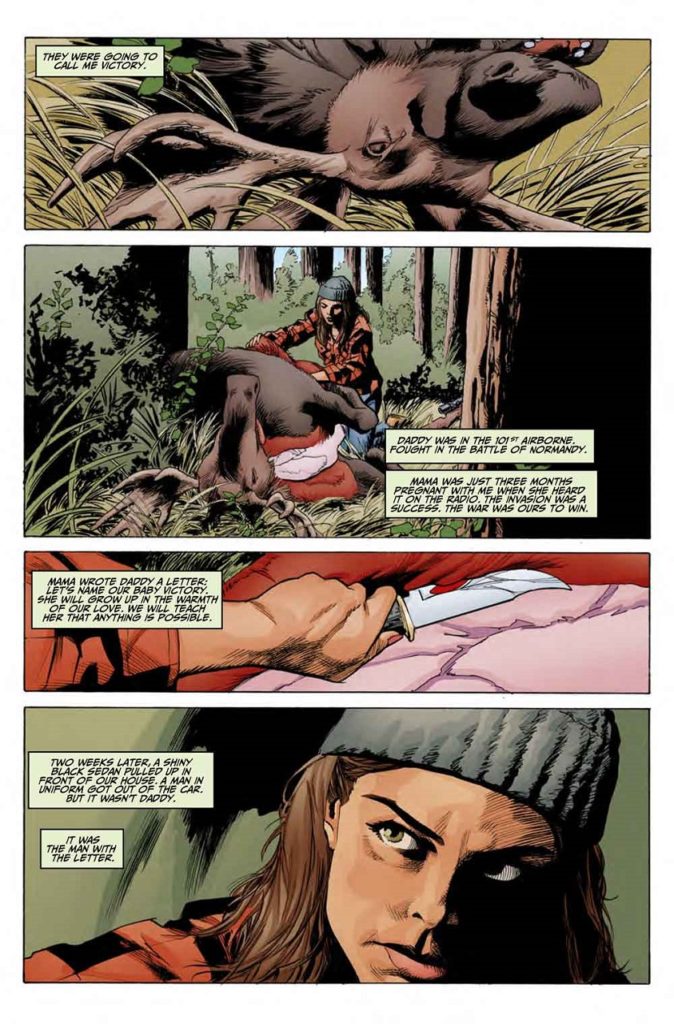 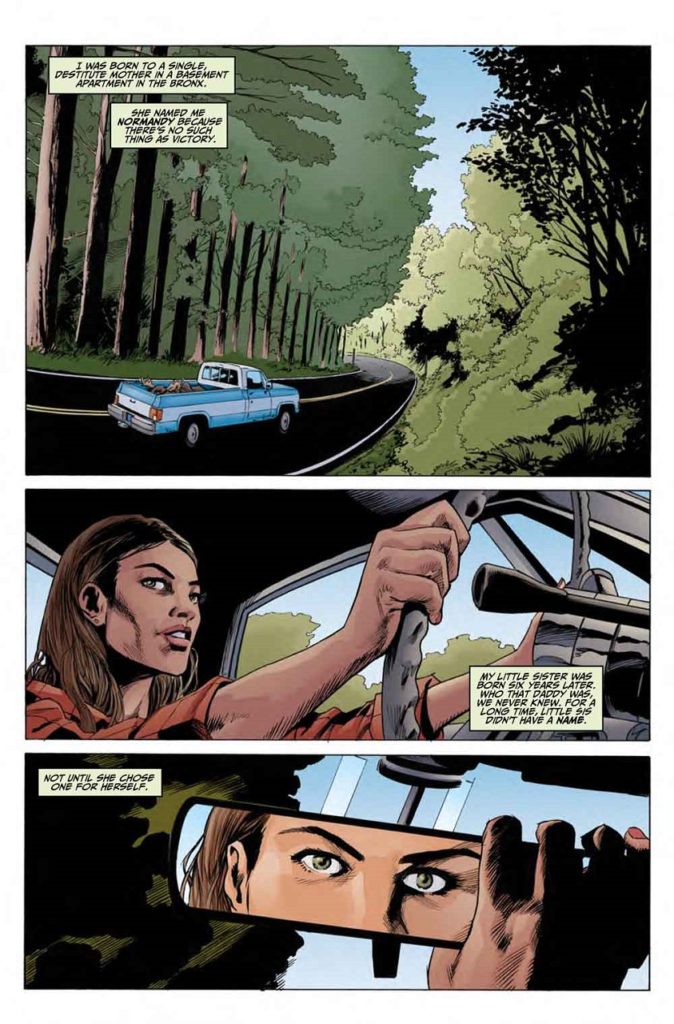 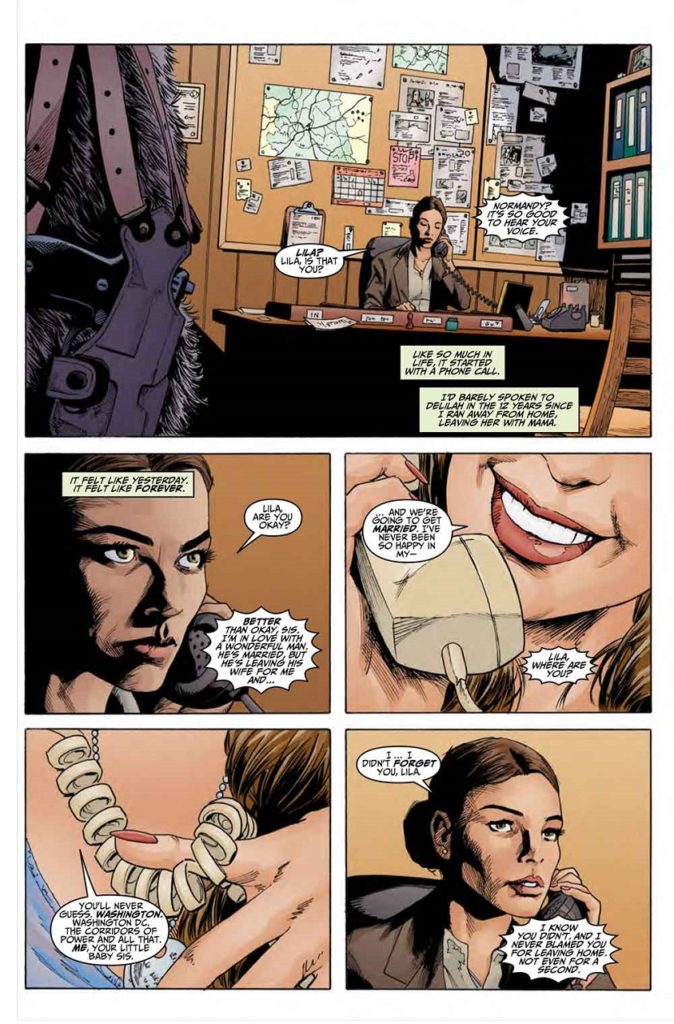 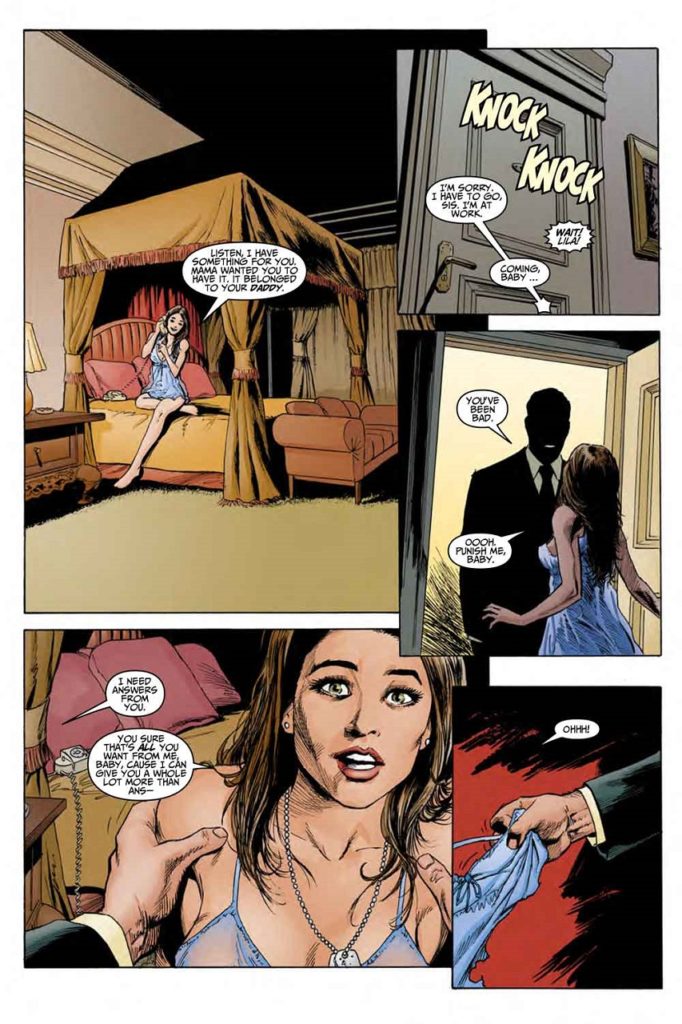 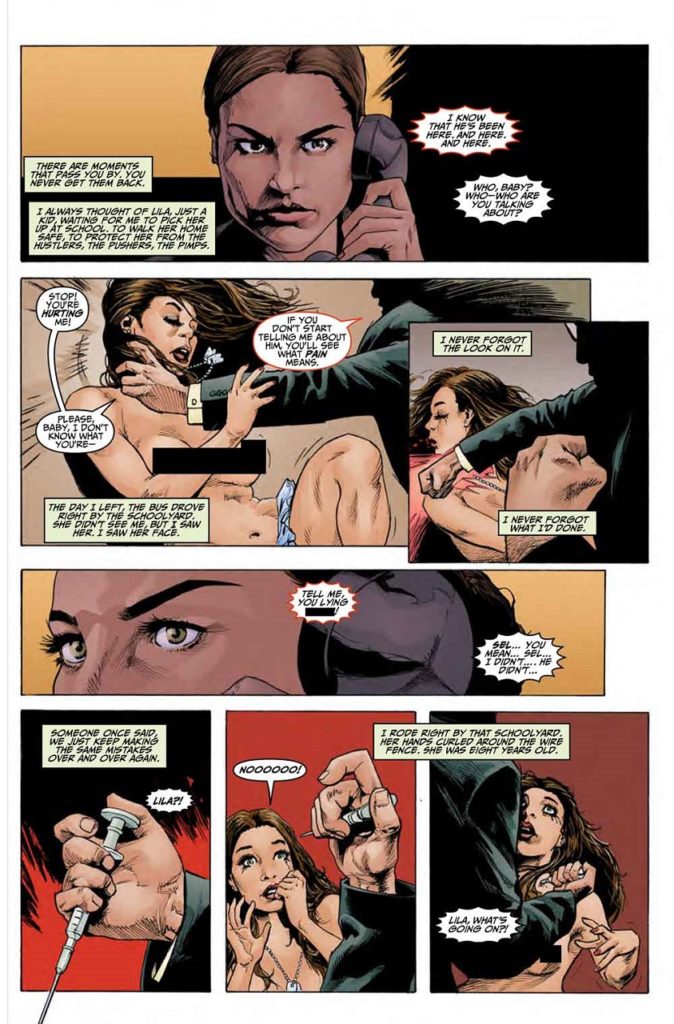 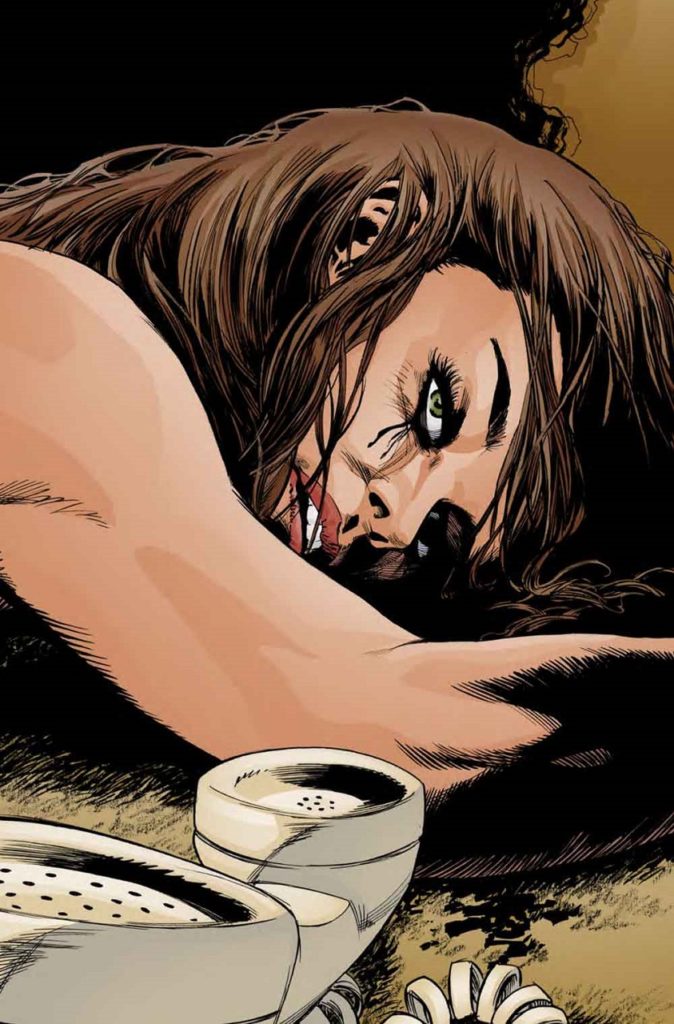 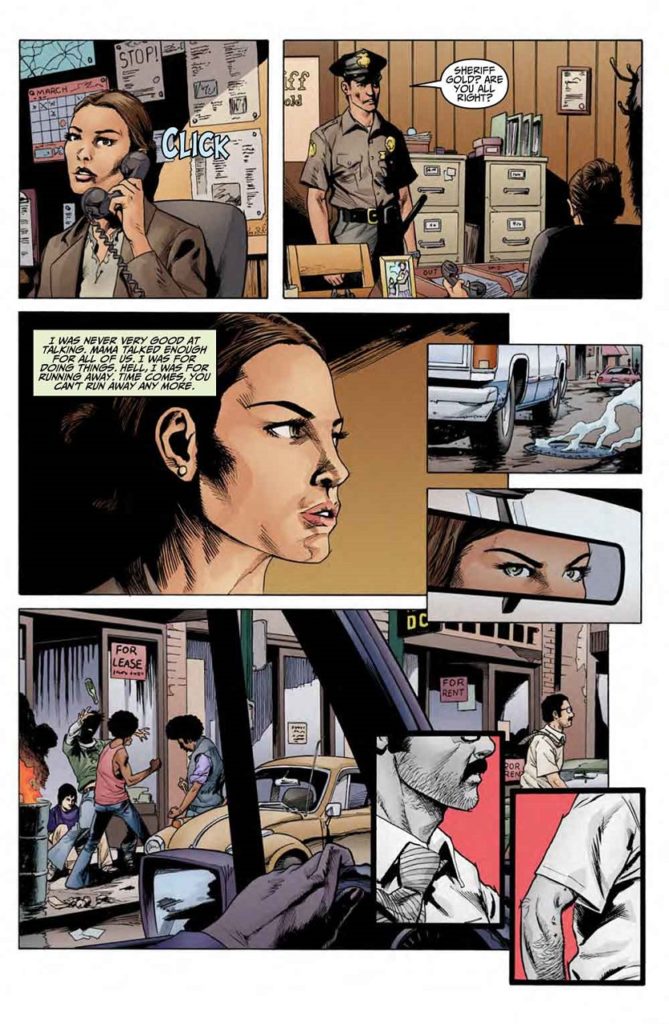 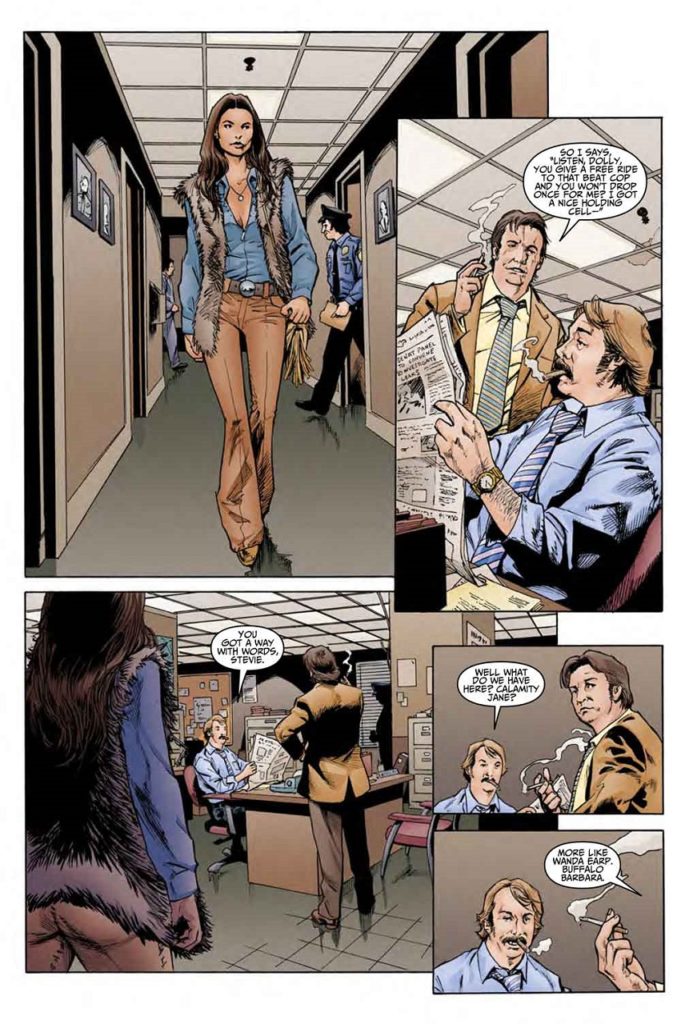 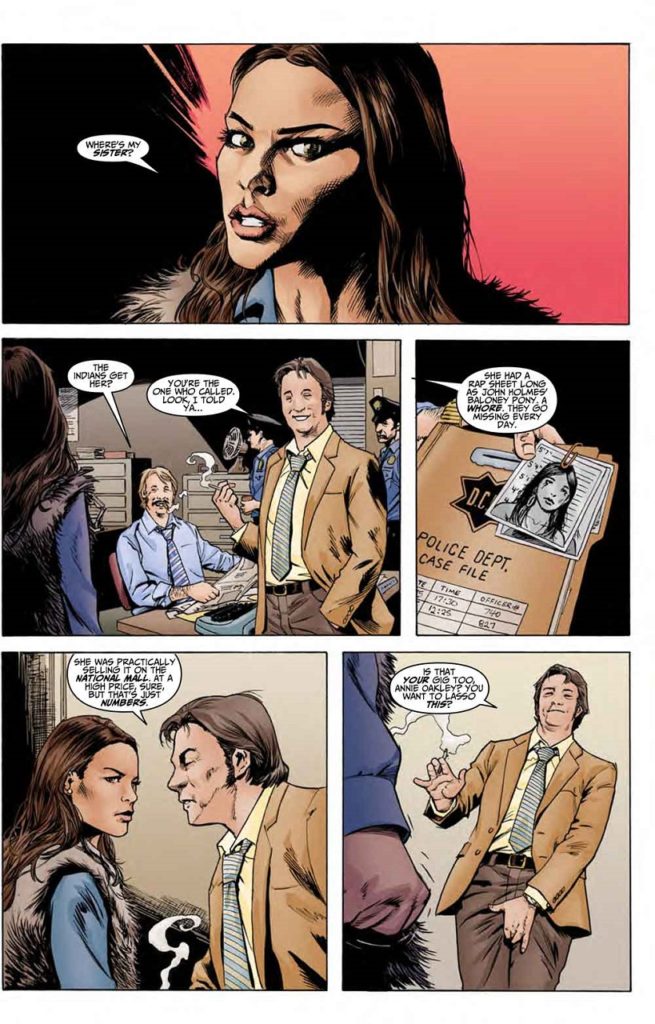 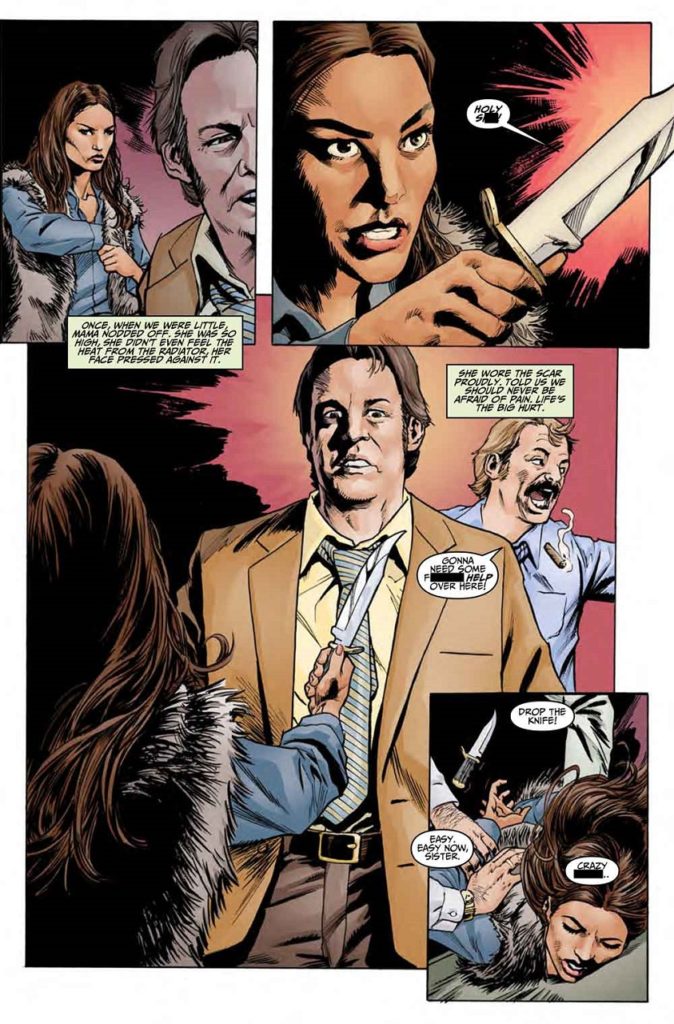 Megan Abbott is the Edgar award-winning author of seven novels, including Dare Me and The Fever which won both the International Thriller Writers and Strand Critics Award for Best Novel and was chosen one of the Best Books of the Year by Amazon, National Public Radio, the Boston Globe and the Los Angeles Times. Her stories have appeared in anthologies including Detroit Noir, Queens Noir and the Best American Mystery Stories of 2014.

USA Today and International bestselling author Alison Gaylin has been nominated for many awards including the Edgar (three times). She’s won a few too, including the Shamus Award and the RT Reviewers’ Choice Award for Suspense. Long before becoming the author of ten crime novels, she worked as a reporter for a supermarket tabloid, where she developed a lifelong fascination with writing about people doing despicable things.