A Nice Debut Mystery: “The Last Place You Look” By Kristen Lepionka

The Last Place You Look is not the first mystery venture by Kristen Lepionka. Her (short story) writing has been selected over the years for publications such as Shotgun Honey, and Black Elephant. But now with her new debut suspense novel, she has joined the crowd of mystery novelists.

What caught our attention first about this book was its plot which is a bit creepy: Nobody knows what happened to Sarah Cook. The beautiful blonde teenager disappeared 15 years ago, the same night her parents were brutally murdered in their suburban Ohio home. Her boyfriend, Brad Stockton – black and from the wrong side of the tracks – was convicted of the murders and is now on death row. Though he’s maintained his innocence all along, the clock is running out. His execution is only weeks away when his devoted sister insists she spied Sarah at an area gas station. Willing to try anything, she hires PI Roxane Weary to look at the case and see if she can locate Sarah.

Brad might be in a bad way, but private investigator Roxane Weary isn’t doing so hot herself. Still reeling from the recent death of her cop father in the line of duty, her main way of dealing with her grief has been working as little and drinking as much as possible. But Roxane finds herself drawn in to the story of Sarah’s vanishing act, especially when she links the disappearance to one of her father’s unsolved murder cases involving another teen girl. The stakes get higher as Roxane discovers that the two girls may not be the only blonde teenagers who’ve turned up missing or dead. As her investigation gets darker, Roxane will have to risk everything to find the truth. Lives depend on her cracking this case – hers included.

The character of Roxane Weary is also amazing and manifestation of what many die-hard mystery fans want from a noir private detective. She is sharp and funny yet struggling with many issues, has many flaws and gets into trouble in many cases.

Readers who are looking for novels with a strong female lead will enjoy this notable debut. 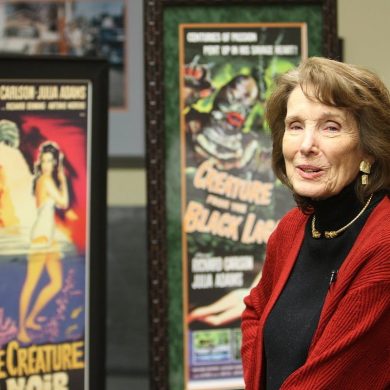 Julie Adams Of “Murder, She Wrote” Dies At 92