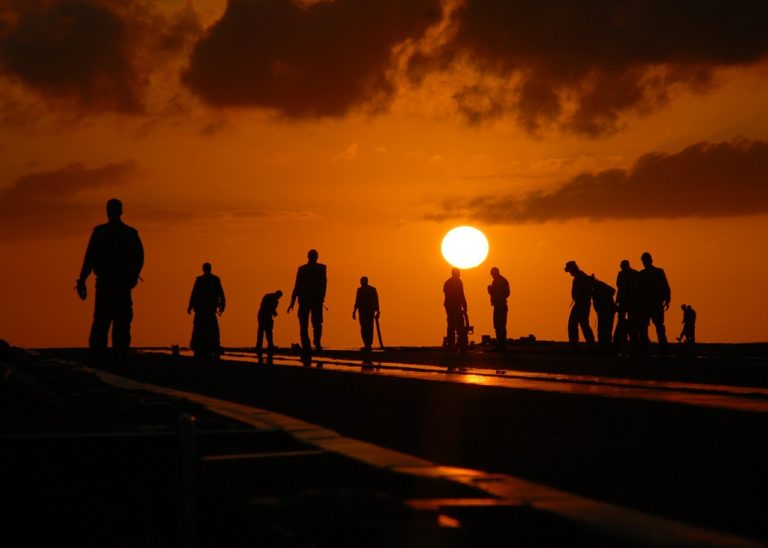 With a Ph.D. focusing on areas of conflict, and international relations and experience as a political expert, Mike Maden has developed a very compelling narrative in the new Tom Clancy novel “Point of Contact“. Although he is a new voice in the Tom Clancy universe, Maden is well-known and has been praised by genre luminaries such as Clive Cussler and W.E.B. Griffin for his Drone series.

In Point of Contact, Mike Maden taps into his background as technology and political expert to hit the trifecta of what makes a great Clancy book: Terrific characters, edge-of-your-seat action scenes and over-the-horizon prescience about world events.

The new story starts with Hendley Associates, the cover for The Campus, a top-secret American intelligence agency, which is enlisted to help former U.S. Senator and defense contractor Weston Rhodes with a seemingly innocuous financial audit of Singapore-based company Dalfan Technologies. Rhodes requests two specific analysts, Jack Ryan, Jr. and his socially awkward forensic accountant colleague, Paul Brown, who has no idea that Ryan works for The Campus.

While Ryan worries he’s being sidelined from the next campus operation in America’s War on Terror, Brown has a secret of his own: Rhodes has tasked him with uploading a cyberwarfare program into the Dalfan Technologies mainframe on behalf of the CIA. But on the verge of mission success, Brown discovers a deadly game within a game: Ryan and Brown must race to escape both the murderous storm and a team of trained assassins in order to prevent a global catastrophe, even at the cost of their own lives.

Maden has done an amazing job in building Jack Ryan Jr. character and the novel is full of action and entertaining.

Character development is one of the strong aspects of this book along with its action-packed plot. Maden’s effor in building on the character of Jack Ryan Jr. is setting this book apart from the other titles in the series and the readers learn more about his idiosyncrasies and what makes him tick.

Overall, a great addition to Clancy novels and a recommended title as a summer read.

Like Tom Clancy Novels? Check out the following titles.