Streaming service Sundance Now’s schedule of mystery, crime and thriller shows and movies for June 2020 includes highly anticipated and critically acclaimed “French answer to Homeland” espionage thriller THE BUREAU that returns for Season 5 on Thursday, June 18 and the addicting British psychological thriller LIAR, Season 2 that has its Streaming Premiere on Thursday, June 4.

The detailed June calendar of mystery and thriller shows and movies on Sundance Now is below:

A weekend getaway for four couples takes a sharp turn when one of the couples discovers the entire trip was orchestrated to host an intervention on their marriage.

Academy Award-nominated French-British animated film following a French illusionist who finds himself out of work and travels to Scotland where he meets a young woman. Their ensuing adventure changes both of their lives forever. (2010)

THREE DAYS IN JUNE: The Story of the D-Day Forecast

On the 75th anniversary of the epic D-Day landings, this documentary uncovers the incredible story of Ireland’s unknown, but critical role in WWII and how, in the summer of 1944, the timing of the D-Day landings came to hinge on readings taken by a 21-year-old girl in a tiny remote weather station on Europe’s most westerly headland. (2019) 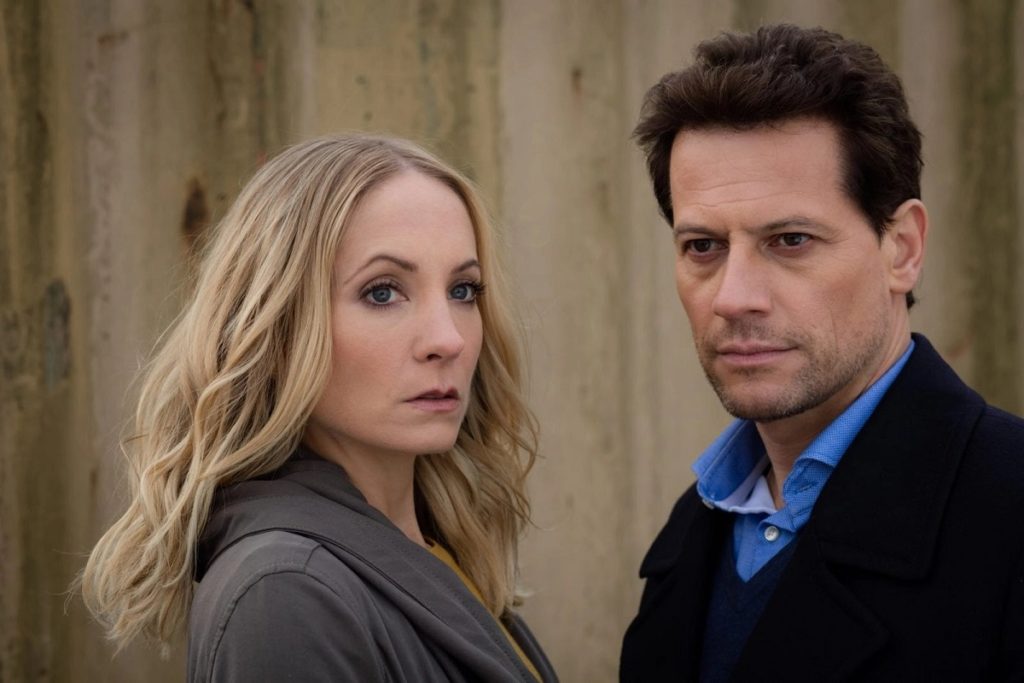 Another episode of the suspenseful psychological thriller. Dr. Silva (Philip Arditti, The Danish Girl) asks Dr. Fisher (Matthew Modine, Stranger Things) to reveal which inmates are actually the secret embedded researchers, as he wants to know their opinions on Siri’s recent change in behavior. To avoid compromising them, Dr. Fisher proposes to conduct those interviews by himself.

THE BOYS OF BUCHENWALD

A documentary that examines how the child survivors of the Buchenwald concentration camp had to assimilate themselves back into normal society after having experienced the brutality of the Holocaust. Featuring interviews with the survivors, including Elie Wiesel. (2002)

THE SEARCH FOR ONE-EYE JIMMY

Set in Brooklyn, where recent film school graduate Les (Holt McCallany, Mindhunter) is attempting to make a documentary about his old neighborhood. When he learns the whole community is grieving over the strange disappearance of young Jimmy Hoyt, Les begins looking into the mystery, filming as he goes. Also starring Michael Badalucco (Léon: The Professional), Nicholas Turturro (The Longest Yard), Steve Buscemi (Fargo), Samuel L. Jackson (Pulp Fiction) and John Turturro (The Name of the Rose). (Film, 1994)

TALES OF THE GRIM SLEEPER

Master documentary provocateur Nick Broomfield (Aileen: Life and Death of a Serial Killer, Biggie & Tupac) digs into the case of the notorious serial killer known as the Grim Sleeper, who terrorized South Central Los Angeles over a span of twenty-five years. (Documentary, 2014)

A psychological thriller examining the lives of two hunters – one is a serial killer (Jamie Dornan, Fifty Shades of Grey) who preys on victims in and around Belfast, Northern Ireland, and the other is a female detective (Gillian Anderson, The X-Files) drafted from the London Metropolitan Police to catch him. (5 EPS)

Feeling the full force of DI Renton’s investigation, Laura looks to those closest to her for support. But when suspicions fall on Ian, Laura is left questioning who she can trust.

Sarah gets closer to Kyle, until a shocking development changes everything. Maddie’s life spirals out of control as her custody battle with Jesse heats up.

Margot meets Dr. Fisher in his office and tells him that she is convinced that Hel is telling the truth. Dr. Fisher pretends not to be convinced; despite all the clues she reveals to him. She advises him to call the police to get proper proof of Hel/Siri’s identity.

Ned (Liev Schrieber, Spotlight) is a man under pressure. As a scriptwriter, his boss (Eddie Izzard, Ocean’s Thirteen) is pushing him to add extra shocks into his latest project. As a husband, he is coping with his stressed-out wife (Helen Hunt, As Good as It Gets) and her sick, alcoholic father (Brian Dennehy, First Blood).

As a father, he is worried about his gay son (Ezra Miller, The Perks of Being a Wallflower) coming out. When he is assigned a provocative free spirit (Carla Gugino, Watchmen) as a writing partner, he is forced to examine whether the life he has is really the life he wants. Also starring David Harbour (Stranger Things). (2010)

Winner of the Special Jury Prize at the Sundance Film Festival, The Pool is the story of Venkatesh (Venkatesh Chavan), an impoverished hotel worker in India who becomes obsessed with a swimming pool in the opulent hills of Panjim, Goa, India. His life gets turned upside-down when he attempts to meet the mysterious family who lives at the house. (2007)

DEATH OF A SALESMAN

Golden Globe-winning adaptation of the play of the same name by Arthur Miller. An aging salesman (Dustin Hoffman, Tootsie) recognizes the emptiness of his life and tries to fix it. Also starring Kate Reid (The Andromeda Strain), John Malkovich (In the Line of Fire), Stephen Lang (Avatar) and Charles Durning (Dog Day Afternoon). (1985)

Eight months after Malotru’s alleged death at the hands of Russian separatists, Le Figaro publishes an article according to which the CIA murdered him with the consent of the DGSE. The news causes panic among DGSE agents and illegal immigrants. Cesar (“Pacemaker”) continues his mission within the Russian intelligence service, the FSB. He learns of Malotru’s death and, like other illegal immigrants, panics.

Haunted by nightmares of Andrew and harassed by journalists who lurk outside her flat, Laura’s world begins to turn in on her.

Sarah is caught in the crossfire between Anton and Kyle, now that her husband is out of jail. Bindy is conned by the father of her child. Maddie takes a major risk with her love life.

This first-time, deeply intimate look into the life of Vidal Sassoon, from his early days in an orphanage, to his time as a soldier, his beginnings on Bond Street, and ultimately, the revolution he caused, which continues to this day.

Filmed over the course of three years, this documentary features unprecedented access to Vidal, candid interviews with former staff, family members, reporters and historians. Together they explore the life and legacy of the most influential hairdresser in the world, whose influence far outreaches the industry he changed forever. Millions revere the legend, yet so few know the man. (2011)

Award-winning thriller about a Copenhagen cop (Jakob Cedergren, The Guilty) who moves to a small town after having a nervous breakdown. (2008)

BAFTA Award-nominated film based on the play of the same name by Julian Mitchell. Another Country is loosely based on the life of the spy and double agent Guy Burgess, who would become better known as one of the Cambridge Spies. Starring Rupert Everett (My Best Friend’s Wedding), Colin Firth (A Single Man) in his feature film debut, and Cary Elwes (The Princess Bride). (1984)

Malotru wakes up in a military hospital near Moscow. One of the FSB executives, Karlov, announces to him that he has been naturalized Russian, and that he now bears the name of Pavel Lebedev. It must cooperate with the Russian intelligence services by providing them with information on the methods of the DGSE.

As the investigation takes a shocking turn, secrets rise to the surface. Will Laura’s past catch up with her, just as Andrew’s did?

The Bad Mothers hatch a risky plan to trap Charlotte’s killer and prove Anton’s innocence. With her husband facing a health crisis, Danielle is shocked to discover she is pregnant. Bindy helps Sam win back his job in the police force. 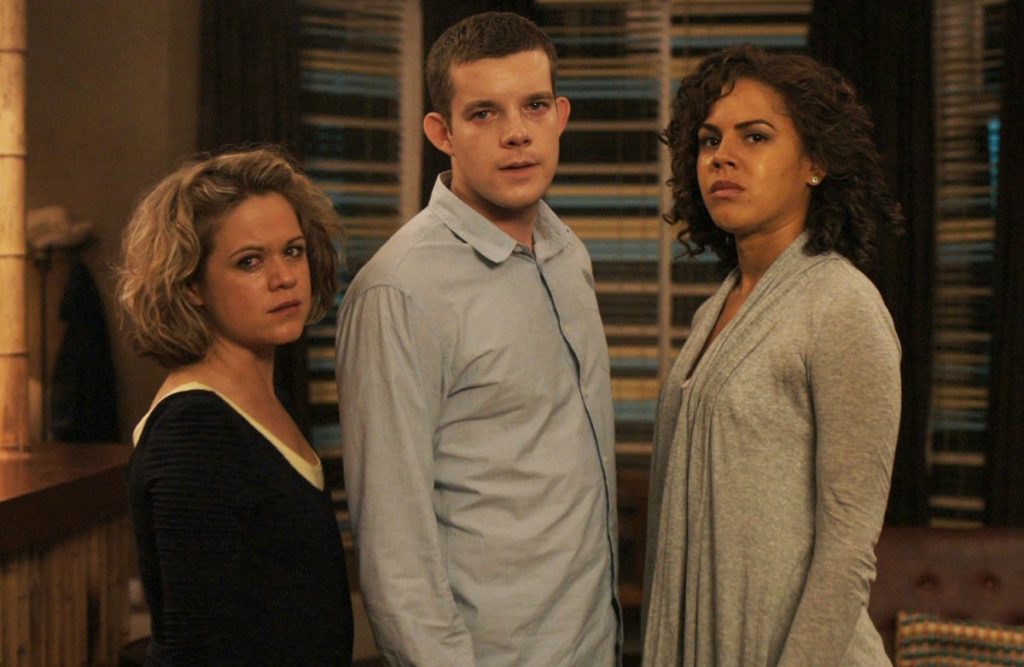 Based on the popular BBC show of the same name, this Canadian supernatural horror comedy-drama follows three twentysomethings sharing a house and trying to live a normal life in Boston, despite being a ghost (Meaghan Rath, New Girl, Hawaii Five-0), a werewolf (Sam Huntington, Jungle 2 Jungle, Good Girls) and a vampire (Sam Witwer, Star Wars: The Clone Wars, Supergirl). (13 Eps, Available all at once)

Three families talk about their experiences after the Sandy Hook tragedy. (2015)