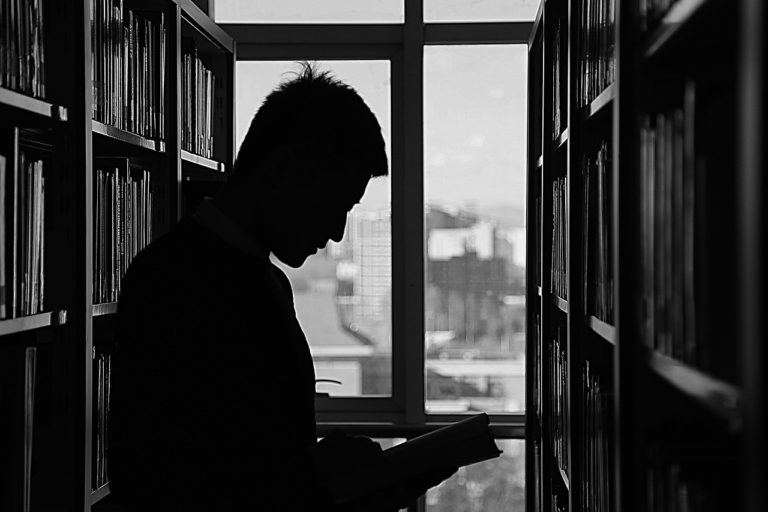 New And Noteworthy Mystery Novels In May and June 2017

From the new and noteworthy mystery novels released in May and June 2017, two debut titles caught our attention: The first book is a suspenseful story by Los Angeles-based author Gian Sardar titled You Were Here. The book weaves together two sub-plots separated by decades surrounding the life of female protagonist Abby Walters and her family’s past.

Abby is thirty-three and eager to settle down with her commitment-shy boyfriend. But when she returns home to Minnesota for the first time in fourteen years, she uncovers some disturbing secrets about her family’s past. The chapters in this novel are labeled with “Now” and “Then” and alternate between the two sub-plots. Sardar is a talented author and this is a promising debut work.

The second debut novel we came across is from Karen M. McManus titled “One of Us Is Lying” and is a YA novel mixed with a whodunit mystery. The story surrounds five students who walk into detention but only four of them leave alive. Simon, the dead student, is the creator of Bayview High’s notorious gossip app.

According to investigators, his death was not an accident. Simon was planning to post juicy reveals about all four of his high-profile classmates, which makes all four of them suspects in his murder. Or maybe the killer is not one of the four students? This is an easy to read novel and can be a great summer read.

NY Time bestselling author Jennifer McMahon returns with a new novel which once again shows her mastery of suspense. This new novel which is titled Burntown is set in Vermont (where she lives) as she uses the state’s picturesque scenery into a backdrop of her new twisted tale.

Burntown is a satisfying suspense thriller which keeps readers on the edge the whole way.

On the surface, Ashford, Vermont, might look like a quaint New England college town, but to the shadowy residents who live among the remains of its abandoned mills and factories, it’s known as “Burntown.”

Eva Sandeski, known as “Necco” on the street, has been a part of this underworld for years, ever since the night her father Miles drowned in a flood that left her and her mother Lily homeless. A respected professor, Miles was also an inventor of fantastic machines, including one so secret that the plans were said to have been stolen from Thomas Edison’s workshop. According to Lily, it’s this machine that got Miles murdered.

Necco has always written off this claim as the fevered imaginings of a woman consumed by grief. But when Lily dies under mysterious circumstances, and Necco’s boyfriend is murdered, she’s convinced her mother was telling the truth. Now, on the run from the man called “Snake Eyes,” Necco must rely on other Burntown outsiders to survive.

There are the “fire eaters,” mystical women living off the grid in a campsite on the river’s edge, practicing a kind of soothsaying inspired by powerful herbs called “the devil’s snuff”; there’s Theo, a high school senior who is scrambling to repay the money she owes a dangerous man; and then there’s Pru, the cafeteria lady with a secret life.

As the lives of these misfits intersect, and as the killer from the Sandeski family’s past draws ever closer, a story of edge-of-your-seat suspense begins to unfurl with classic Jennifer McMahon twists and surprises.

Lovers of cozy mystery novels will be delighted to know that the hilarious cast of characters from Honeychurch Hall series by Hannah Dennison are back. Murderous Mayhem at Honeychurch Hall is the new installment in the series and is both fast and funny.

When the only copy of Ravished, Iris Stanford’s new manuscript, never arrives at her London publisher’s office, her daughter Kat investigates the tiny local village post office, where it appears the package never left the building. Iris is on tenterhooks—not only is her novel gone with the wind, but she’s deathly afraid that Muriel Jarvis, the postmistress and notorious busybody, will expose her secret identity as the bestselling romance writer Krystalle Storm.

Meanwhile, Muriel has her own problems with the sudden death of her husband Fred, which has left her heavily in debt. In the spine-tingling climax, both past and present collide as Kat fights for her life and those she holds most dear, dancing once again with the dark forces lurking behind the grandeur of Honeychurch Hall.

Exit Strategy by Steve Hamilton is the second book in a new series by NY Times bestselling author and Edgar Award winner Steve Hamilton. In this new installment, Hamilton’s new hero who is a convicted felon named Nick Mason, is trapped in a deadly double life when he is given a second chance at freedom – at a terrible price.

Amazing protagonist, and an action-packed and no-nonsense plot: Exit Strategy is the ultimate fast-paced thriller.

Nick Mason has been given a true mission impossible: Infiltrate WITSEC, the top-secret federal witness-protection program that has never been compromised, locate the three men who put his boss Darius Cole behind bars for life, and kill them.

But first he has to find them—they’re ghost prisoners locked down around the clock in classified “deep black” locations by an battalion of heavily armed U.S. marshals charged with protecting them—and the clock is ticking. Cole is appealing his conviction, and these witnesses are either his ticket to freedom or the final nail in his coffin. If they testify, Darius Cole will never step foot in the outside world again. If they are killed, he will walk out a free man.

As he risks everything to complete his mission, Mason finds himself being hunted by the very man he replaced, the ruthless assassin who once served, then betrayed, Darius Cole. Rather than waiting to be Mason’s next victim, he has escaped witness protection to hunt down and kill Mason himself.

Former prosecutor Pamela Wechsler channels her considerable writing skills and her real-world experience into The Graves, a powerful follow-up to her lauded debut.

Abby Endicott, the chief of the District Attorney’s homicide unit in Boston, returns in the heart-racing follow-up to Mission Hill. Things are looking good for Abby: she’s top pick to be the next District Attorney, and her musician boyfriend Ty has moved in, despite her upper crust family’s objections.

But a serial killer is on the loose, and with two college-aged girls dead and another missing, time is running out. When the sons of a prominent government official are linked to the murders, Abby pushes back, stopping at nothing to find justice for the girls. This time, the killer could be right under her nose, and she may be the next victim.

If historical mystery and crime fiction is your cup of tea, The Graveyard of the Hesperides by Lindsey Davis is now available in paperback by Minotaur Books. Ancient Rome came alive in Davis’s Marcus Didius Falco series and it is reborn again in her highly successful spinoff series starring Flavia Alba, Falco’s daughter.

In first century Rome, Flavia Albia, the daughter of Marcus Didius Falco, has taken up her father’s former profession as an informer. On a typical day, it’s small cases—cheating spouses, employees dipping into the till—but this isn’t a typical day. Her beloved, the plebeian Manlius Faustus, has recently moved in and decided that they should get married in a big, showy ceremony as part of beginning a proper domestic life together.

Also, his contracting firm has been renovating a rundown dive bar called The Garden of the Hesperides, only to uncover human remains buried in the backyard. There have been rumors for years that the previous owner of the bar, now deceased, killed a bar maid and these are presumably her remains. In the choice between planning a wedding and looking into a crime from long ago, Albia would much rather investigate a possible murder. Or murders, as more and more remains are uncovered, revealing that something truly horrible has been going on at the Hesperides.

As she gets closer to the truth behind the bodies in the backyard, Albia’s investigation has put her in the cross-hairs—which might be the only way she’ll get out of the wedding and away from all her relatives who are desperate to ‘help.’ 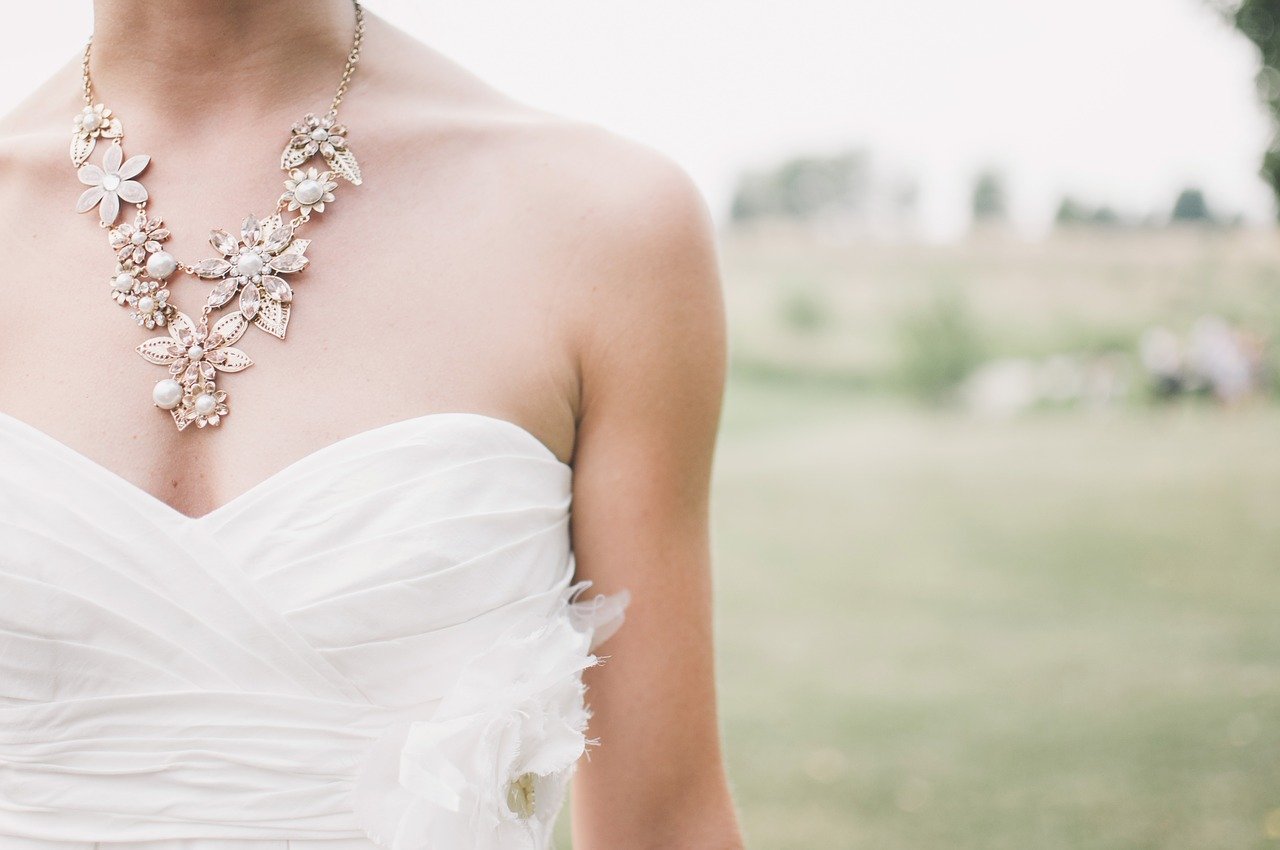 Marla Cooper Brings Out A New Wedding Mystery: Dying on the Vine