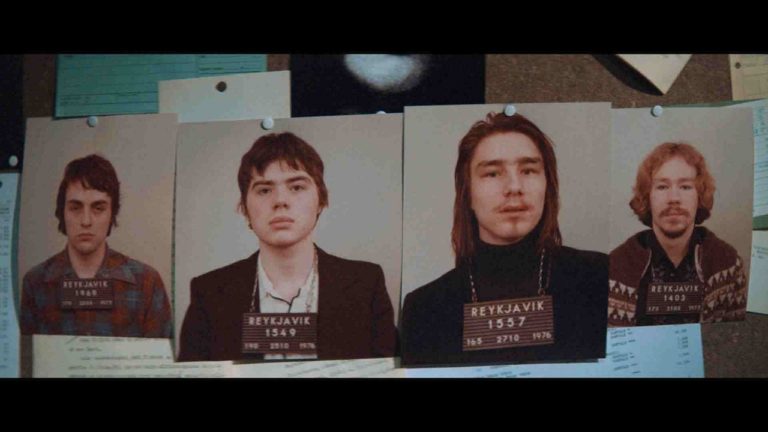 Netflix Adds New Documentary About Past Violent Murders In Iceland

If you are into murder mystery and crime documentaries, you might want to check Out of Thin Air which was just added by Netflix.

Set within the stark Icelandic landscape, Out of Thin Air examines the 1976 police investigation into the disappearance of two men in the early 1970s. Iceland in the 1970s was a idyll; a farming community, pretty much cut off from the much of the rest of the world. Crime was rare, murder rarer still. Then two men disappear under suspicious circumstances and foul play is suspected. The country demands a resolution. Police launch the biggest criminal investigation Iceland has ever seen. Finally, six people confess to two violent murders and are sent to prison. It seems the nightmare is over. But in many ways the nightmare has just begun.

The beautiful landscape of Iceland plays a prominent role of the film. To that end, cinematographer Bergsteinn Bjorgulfsson was responsible during the project to craft the narrative tone through sweeping shots of the landscape.

Music is also integral, adding a subtle, melancholic vibe to the film. Looking for a Nordic minimalist aesthetic, Glynne turned to BAFTA-award winning instrumentalist and producer Ólafur Arnalds, who also did the score and end credits for ITV’s Broadchurch in 2013.

Dylan Howitt, the British director behind the new documentary, is a filmmaker with many years of experience telling compelling stories from all around the world. He’s directed, filmed and edited for television, commercial clients, charities, community groups and independently. ‘Out of Thin Air’ is his first feature film.

His recent series for the BBC on contemporary ethics, “Matters of Life and Death,” was nominated for a BAFTA, as was the children’s series “Rooted” for channel Five.

Note: If you like to explore crime and drama titles on Netflix, read The 40 Best Crime Drama and Thriller Shows On Netflix: 2017 Edition.