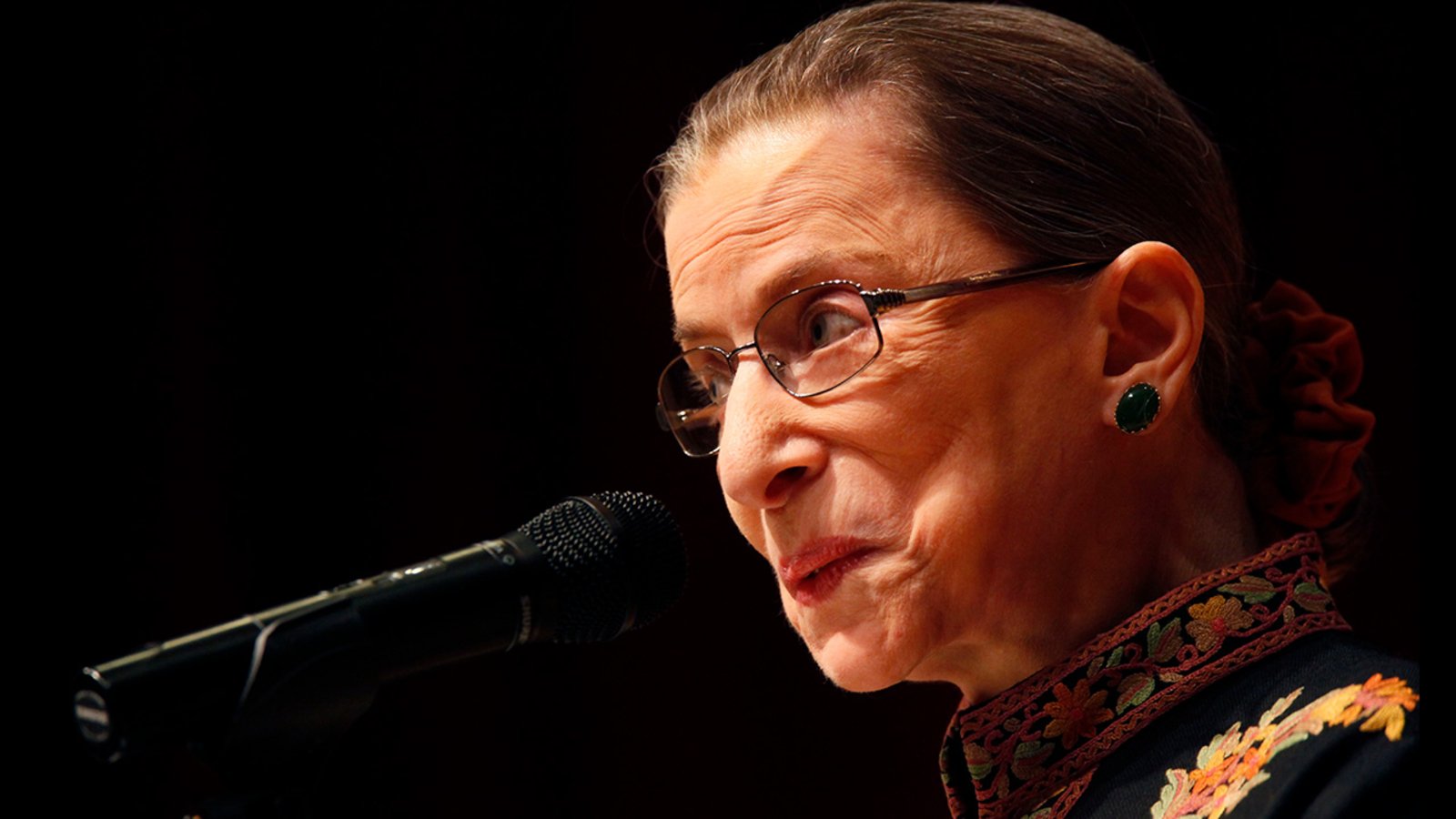 I grew up voraciously reading Nancy Drew novels and absorbed the values of independence and grit embodied by the teenage “sleuth.” Ruth Bader Ginsburg and Sona Sotomayor have both said that they were profoundly influenced by reading Nancy Drew in childhood. Memories of the books helped me to cope with challenges during my own adulthood.

Following a long career as an attorney, Dana Robbins earned an MFA from the Stonecoast Writers Program of USM. Her poetry and essays have appeared in numerous journals and anthologies, including Drunken Boat, Muddy River Poetry Review, Paterson Literary Review, and Calyx among others.

Mystery Tribune has previously published another essay by Ms. Robbins titled “To Light A Candle”.

I was seven years old, in the living room with my parents, silently engrossed in my first chapter book, The Hidden Staircase, a Nancy Drew Mystery. My father glanced over my shoulder and laughed, “look what she’s reading!”  The chapter was “A Cry in the Night.” I don’t remember who cried in the night or why, or even where the hidden staircase lead, but I know it was riveting.

Until adolescence, I was rarely without a Nancy Drew book in my hand.  I devoured the whole series, reading my favorites over and over. My sisters, who were much older than I, left home when I was a young child and, like many a solitary child, I turned to books for comfort and companionship.

I was shy and Nancy was the girl I wanted to be.  Nancy, an amateur detective or “sleuth” was confident, smart and also pretty rather than the other way around.

I loved how the books were packed with rich detail, like Nancy’s Robin’s egg blue roadster which matched her eyes.  I inherited a set of old books, which had great illustrations of Nancy solving mysteries in square shouldered outfits, high heels and even seamed stockings, a hat perched jauntily on her carefully rolled bob. These illustrations appeared to be from the 1940s. Perhaps the books were reissued in the late 1950s when my sisters were children. Sadly, these precious old books were destroyed in a basement flood

Nancy’s mother had died, and she lived with a loving father, Carson Drew, and a kindly housekeeper, Hannah Gruen, thus fulfilling the oedipal fantasy of millions of readers.  My own  mother was at times complementary and at times cruel.  Sometimes, she was arbitrarily controlling and sometimes she hardly noticed me.

I loved how the books were packed with rich detail, like Nancy’s Robin’s egg blue roadster which matched her eyes.

How I would have loved to have replaced her with a kindly housekeeper.  Carson Drew gave Nancy total freedom to come and go.  He respected Nancy’s vocation as an amateur detective or “teenage sleuth.” He never held her back but was always there when she needed help or support.

Nancy had great female friends or “chums,” Bess and George. Bess was “pleasantly plump.”  How come no one is pleasantly plump anymore?  With the body positivity movement, I think this phrase is due for a comeback.  Bess embodied traditional femininity but gamely accompanied Nancy on her adventures.

George was a girl.  Having a boy’s name established her as   a no-nonsense a girl or a tomboy. Nancy’s relationships with her friends were characterized by love and support, not rivalry or cattiness.  Nancy’s boyfriend, Ned Nickerson was the equivalent of a Ken doll, who never seemed to play much of an active role, just enough to give Nancy status or take her to a football game.

Above all, Nancy was courageous in the way faced down dangerous criminals. Many of the books ended with her capture and escape. Sometimes she talked her way out.  I remember at least one book where she was gagged and bound and used an implement from her matching pocketbook (a nail file?) to cleverly saw through the ropes.  Nancy was capable, the kind of girl who could change a flat tire. In one book, she even flew a plane.

Nancy was described as having “spunk.” or “pluck.”  Men are  “brave” but women are plucky or spunky which sounds cute.  This difference in language is a way of presenting female power in a manner that is not threatening.  I would not criticize the authors for this.  Like so many women writers, they had to work within the constraints of the times.

As I grew older, my search for strong female heroines lead me to devour historical novels, and biographies, from Joan of Arc to Elizabeth Blackwell, the first woman physician.  Then I moved on to Jane Austen and George Elliot, whose female characters show courage within the sphere allotted to them.

There was no Carolyn Keene.  Nancy Drew was a franchise created from the contributions of many female authors.  Women around the country, mostly small-town teachers librarians, and journalists churned out the books.  One of the first authors, Harriet Stratemeyer, went to Wellesley, my alma mater.  She was also a Jersey girl, like me.  Wellesley, as a single sex college, taught women they could do anything.  In a way, I think Nancy lead me to Wellesley.

As I grew older, my search for strong female heroines lead me to devour historical novels, and biographies, from Joan of Arc to Elizabeth Blackwell, the first woman physician.

Justices Sonya Sotomayor and Ruth Bader Ginsburg both cited Nancy Drew books as an early influence.  It is no accident that these are women of incredible grit and courage, qualities modeled by Nancy Drew.

Sotomayor, who had childhood diabetes, learned to give herself insulin shots at the age of nine.  She then went on to overcome gender and racial discrimination to be the first Latina woman to serve on the Supreme Court. The legendary Ruth Bader Ginsburg, as a pioneering feminist, faced down innumerable obstacles with a steely will.

As a Supreme Court Justice, she kept working through widowhood and cancer.  A brilliant legal strategist, she reshaped the law on gender equality and fought for equal rights for millions of women.   It is not a stretch to say that these two remarkable women may have absorbed the feminism embodied in Nancy Drew.

I, too, grew up to be an attorney, though with a far less illustrious career.  When I was a student at Columbia University School of Law, I remember seeing the slim woman with a ponytail and being told that she was Professor Ruth Bader Ginsburg.  Some of the male students referred to her in private as “Ruth Bader Iceberg.”

I was too young and naïve at the time to grasp the sexism represented by that derogatory nickname, though I would learn over a long career the discrimination faced by women in the legal profession. All of RBG’s personal associates, have spoken of her great personal kindness.  I suppose the nickname came about because she was so serious and did not go out of her way to ingratiate herself in the way expected of women.

In my early twenties, just a few months after my admission to the bar, I suffered a severe stroke which paralyzed the left side of my body.  I returned to my job a year later, still significantly disabled. After I had children, my situation became even more challenging because I had to cope with the sexist way working mothers were treated.

In my early twenties, just a few months after my admission to the bar, I suffered a severe stroke which paralyzed the left side of my body.

My first employer granted only three months of maternity leave and my division did not allow part-time work.  Then, in my forties, I left my first marriage and had to deal with all the difficulties I faced as a single mother.

During my years of struggle, Nancy was somewhere in the back of my mind as I reached into the past to find the inspiration and the grit I needed to survive.  When faced with a difficult situation Nancy wouldn’t give up but would apply her “fine mind” to find a solution.  Then, even if she felt frightened, she would put on her hat and go forth with courage and confidence.

Mystery Tribune’s collection of critical essays covering a wide range of topics in mystery, suspense and crime is available here.