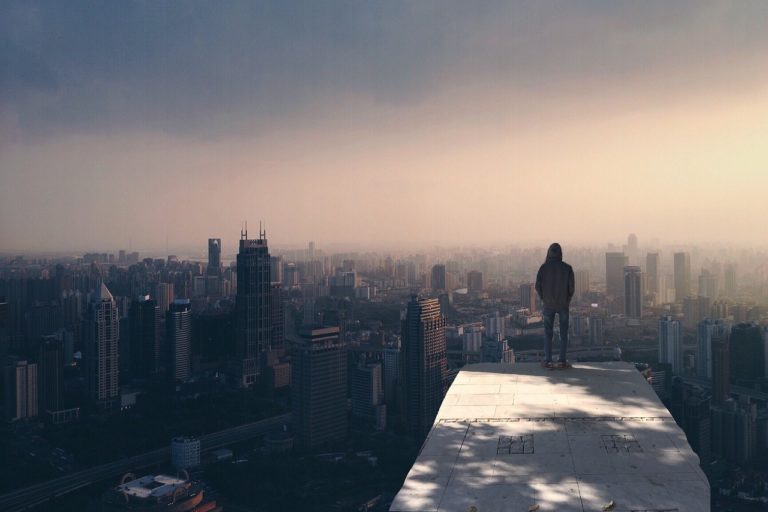 It’s time for us to release our Top 10 list for best police procedural books in 2013: We define police procedural novels as “a sub-genre of detective fiction which attempts to convincingly depict the activities of a police force as they investigate crimes”.

Although preparing a top 10 list is a very difficult task, here comes our picks:

The Twelfth Department By William Ryan. We came to know Captain Korolev few years ago when we first read this great series by William Ryan. The author’s character development and puzzling plots make great fiction in each work that he creates. Here is a summary of the plot:

Captain Alexei Korolev has nothing to complain about. He has his own room in an apartment, a job in the police force that puts food on the table, and his good health. In Moscow in 1937, that’s a lot more than most people have to be grateful for. But for the first time in a long time, Korolev is about to be truly happy: his son Yuri is coming to visit for an entire week.

Shortly after Yuri’s arrival, however, Korolev receives an urgent call from his boss—it seems an important man has been murdered, and Korolev is the only detective they’re willing to assign to this sensitive case. In fact, Korolev realizes almost immediately that the layers of sensitivity and secrecy surrounding this case far exceed his paygrade.

And the consequences of interfering with a case tied to State Security or the NKVD can be severe—you might lose your job, if you’re lucky. Your whole family might die if you’re not. Korolev is suddenly faced with much more than just discovering a murderer’s identity; he must decide how far he’ll go to see justice served . . . and what he’s willing to do to protect his family.

The Raven’s Eye By Barry Maitland. DCI David Brock and DI Kathy Kolla, of Scotland Yard, find themselves pulled into a case of murder, a mysterious death among the houseboats that line the canals around greater London, in Barry Maitland’s The Raven’s Eye.

DI Kathy Kolla of Scotland Yard is called in as a matter of course by the local Paddington police when a woman turns up dead in what appears to be an accident. On her houseboat, Vicky Hawks is found by one of her neighbors having apparently succumbed to carbon monoxide poisoning due to improper ventilation of the narrowboat’s heating system. But while the cause of death seems apparent and there’s no reason for Kolla to think otherwise, something about this death still bothers her.

Meanwhile, her boss, DCI Brock, is wrestling with harsh budget cuts and a new Commander who is determined to make fundamental changes to the system—including limiting resources devoted to investigations.

Struggling against the limitations imposed by the new order at Scotland Yard, Brock and Kolla find themselves pulling at the loose strings in the death of Vicky Hawks, trying to find out who she really was, what she was up to, and how her death might be related to another earlier tragic accidental death.

Through the Evil Days By Julia Spencer-Fleming. On a frigid January night, Chief of Police Russ Van Alstyne and Reverend Clare Fergusson are called to the scene of a raging fire. The extent of the tragedy isn’t known until the next day, when the charred remains of a man and woman are recovered—along with evidence showing they were shot execution style.

The last thing Russ needs are two potential homicides. He’s struggling with the prospect of impending fatherhood, and his new wife is not at all happy with his proposal for their long-delayed honeymoon: a week ice-fishing at a remote Adirondack lake.

St. Alban’s Church is still in turmoil over the Reverend Clare Fergusson’s news that she’s five and a half months pregnant—but only two and a half months married. Worried her post-deployment drinking and drug use may have damaged the baby, she awaits the outcome of the bishop’s investigation into her “unpriestly” behavior: a scolding, censure, or permanent suspension.

Officer Hadley Knox is having a miserable January as well. Her on-again, off-again lover, Kevin Flynn, has seven days to weigh an offer from the Syracuse Police Department that might take him half a state away. And her ex-husband’s in town—threatening to take custody of their kids unless Hadley pays him off with money she doesn’t have.

When Hadley discovers that the dead couple fostered an eight-year-old girl who was a recent liver donee, the search for the killer takes on a new and terrible urgency. With no access to immunosuppressant drugs, transplant rejection will kill the girl in a matter of days.

As a deadly ice storm downs power lines and immobilizes roads, Russ and Clare search desperately for the truth about the missing child, but the hunters will become the hunted when they are trapped in the cabin beside the frozen lake and stalked through the snowbound woods by a killer.

Tooth for a Tooth By T. Frank Muir. When a woman’s skeleton is discovered in a shallow grave DCI Andy Gilchrist is tasked with finding her murderer. But a psychic’s warnings and markings on a rusted cigarette lighter found among the rotted remains take Gilchrist on a journey into his own past that brings him closer to discovering the identity of his brother’s killer from a hit-and-run case some thirty-five years before.

When dental records from an extracted tooth force Gilchrist to confront the unthinkable—that his brother was her killer—he keeps his fears to himself, only to be suspended on suspicion of destroying evidence.

Dust By Patricia Cornwell. Massachusetts Chief Medical Examiner Kay Scarpetta has just returned from working one of the worst mass murders in U.S. history when she’s awakened at an early hour by Detective Pete Marino.

A body, oddly draped in an unusual cloth, has just been discovered inside the sheltered gates of MIT and it’s suspected the identity is that of missing computer engineer Gail Shipton, last seen the night before at a trendy Cambridge bar.

It appears she’s been murdered, mere weeks before the trial of her $100 million lawsuit against her former financial managers, and Scarpetta doubts it’s a coincidence. She also fears the case may have a connection with her computer genius niece, Lucy.

At a glance there is no sign of what killed Gail Shipton, but she’s covered with a fine dust that under ultraviolet light fluoresces brilliantly in three vivid colors, what Scarpetta calls a mineral fingerprint.

Clearly the body has been posed with chilling premeditation that is symbolic and meant to shock, and Scarpetta has reason to worry that the person responsible is the Capital Murderer, whose most recent sexual homicides have terrorized Washington, D.C. Stunningly, Scarpetta will discover that her FBI profiler husband, Benton Wesley, is convinced that certain people in the government, including his boss, don’t want the killer caught.

In Dust, Scarpetta and her colleagues are up against a force far more sinister than a sexual predator who fits the criminal classification of a “spectacle killer.” The murder of Gail Shipton soon leads deep into the dark world of designer drugs, drone technology, organized crime, and shocking corruption at the highest levels.

Fear Nothing By Lisa Gardner. The last thing Boston Detective D. D. Warren remembers is walking the crime scene after dark. Then, a creaking floorboard, a low voice crooning in her ear. . . . She is later told she managed to discharge her weapon three times. All she knows is that she is seriously injured, unable to move her left arm, unable to return to work.

Six weeks later, a second woman is discovered murdered in her own bed, her room containing the same calling cards from the first: a bottle of champagne and a single red rose. The only person who may have seen the killer: Detective D. D. Warren, who still can’t lift her child, load her gun, or recall a single detail from the night that may have cost her everything.

D.D. may not be back on the job, but she is back on the hunt. Because the Rose Killer isn’t just targeting lone women, he is targeting D.D. And D.D. knows there is only one way to take him down: Fear nothing.

Rosarito Beach By M. A. Lawson. Bold, brash, and beautiful, Kay Hamilton is not your average DEA agent—she’s as infuriating as she is irresistible. Having recently been transferred to San Diego after a case in Miami brought her more notoriety than medals, Kay once again finds herself embroiled in an international bust. Tito Olivera, younger brother of drug czar Caesar Olivera, is within her grasp.
If she takes down Tito, Kay is positive that Caesar will follow—and when Caesar falls, so does the largest and most vicious cartel in Mexico. But when a mysterious stranger shows up on her doorstep, all of Kay’s carefully laid plans are thrown out the window. The Olivera case suddenly becomes far more personal—not to mention dangerous—and Kay must be willing to sacrifice everything to get her man.

Burnt Black By Ed Kovacs. New Orleans Homicide Detective Cliff St. James and his partner Honey are still trying to piece their lives together a year and a half after a killer storm decimated the city. They find themselves probing a succession of unusual deaths that may or may not be homicides.
The investigation not only proves frustrating, but it strains at the very fabric of St. James and Honey’s relationship. The puzzling deaths connected to a secretive occult group seem to only lead them deeper into an unsolvable maze fraught with strange occurrences and brutal death.

When their sleuthing uncovers a connection to a ruthless Mexican drug cartel, a complex murder conspiracy emerges, but with shifting suspects. St. James and Honey catch nothing but bad breaks as they struggle to determine which of their suspects is the killer, or perhaps the next victim.

It Happens In the Dark By Carol O’Connell. The reviews called it “A Play to Die For” after the woman was found dead in the front row. It didn’t seem so funny the next night, when another body was found—this time the playwright’s, his throat slashed.

Detective Kathy Mallory takes over, but no matter what she asks, no one seems to be giving her a straight answer. The only person—if “person” is the right word—who seems to be clear is the ghostwriter. Every night, an unseen backstage hand chalks up line changes and messages on a blackboard.

And the ghostwriter is now writing Mallory into the play itself, a play about a long-ago massacre that may not be at all fictional. “MALLORY,” the blackboard reads. “TONIGHT’S THE NIGHT. NOTHING PERSONAL.”

If Mallory can’t find out who’s responsible, heads will roll. Unfortunately, one of them may be her own.

Chilled to the Bone By Quentin Bates. When Sergeant Gunnhildur Gísladóttir of the local police force is called in to investigate the death of a man found tied to a bed in one of Reykjavík’s nicest hotels, she finds no sign of criminal activity but suspects there may be more to the case than meets the eye. Could the death of the ship owner be related to a local gangster’s recent return to Iceland after many years abroad?

What begins as a straightforward case for Gunnhildur soon explodes into a dangerous investigation, involving a discreet bondage society that ruthless men will go to violent extremes to keep secret.