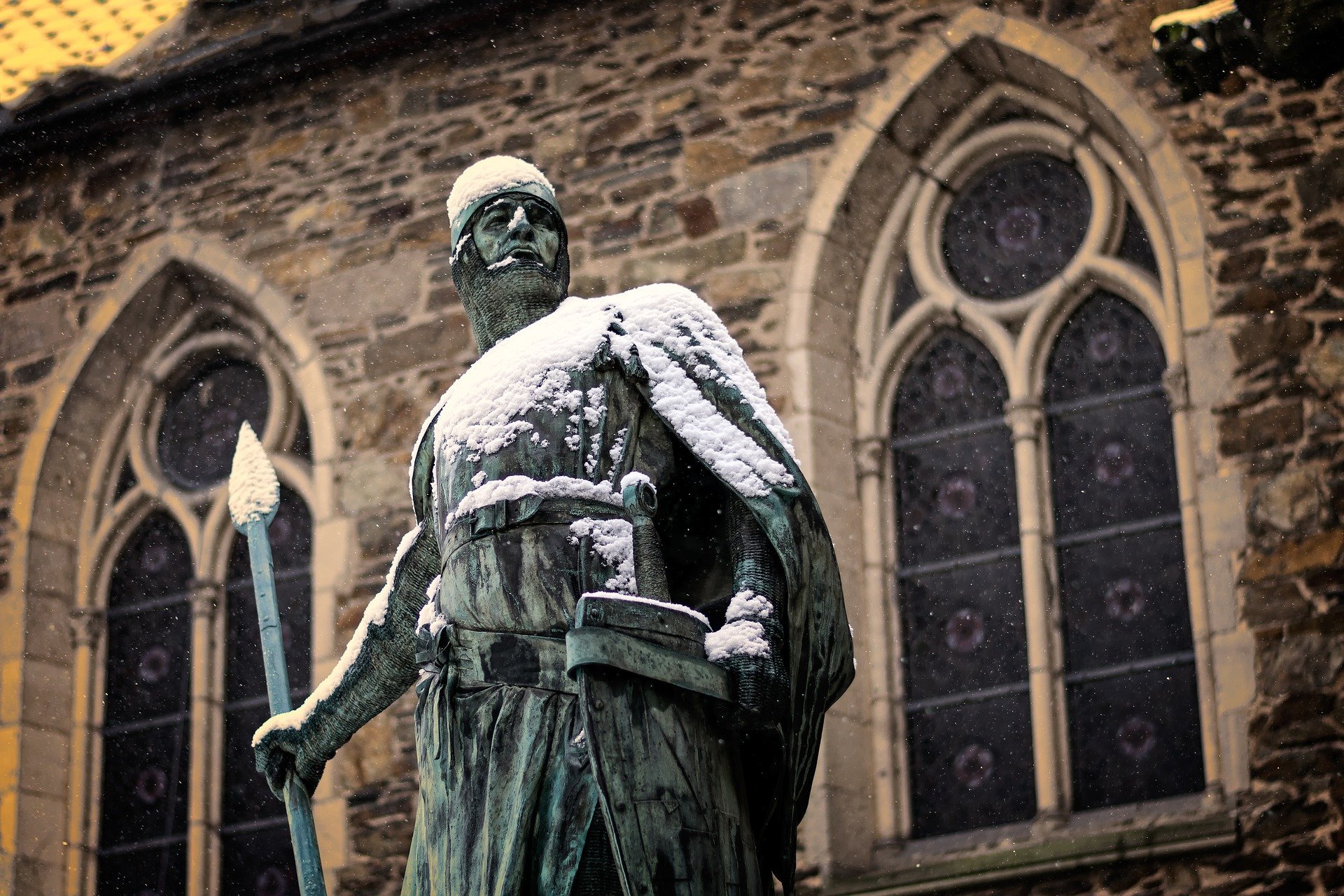 Don Nigroni has previously published short fiction in Ambit and Asymmetry Fiction. He received a BS in economics from Saint Joseph’s University, a MA in philosophy from Notre Dame and retired after working for 32 years as an economist with the US Bureau of Labor Statistics.

My uncle had told me this story a thousand times. Seemed he never got tired of it. I have to admit that I was an attentive listener, especially when I was a young man.

According to him, a Roman soldier pierced the side of the crucified Jesus of Nazareth with a spear. It became known as the Spear of Destiny or the Holy Lance. Having touched the holy blood of Christ, the spear-head was thought to be able to magically change your destiny. There are supposed remains of that relic today in the Vatican and at Vienna.

During the First Crusade, the crusading army that attacked Antioch was led by Bohemund and Raymond, Count of Toulouse, the former being the supreme commander. These two were rivals and had their own partisans. In June of 1098 the crusading army had captured most of the city of Antioch but the soldiers were starving and trapped between the Muslims who still held the citadel inside the city and a large Muslim army outside the city. Morale was collapsing and defeat seemed imminent when Peter Bartholomew found a spear-head in the city that he claimed belonged to the Spear of Destiny. A papal legate then, while carrying the spear-head attached to a wooden shaft, led the crusading army to an unexpected victory.

It was known that Raymond initially gained possession of it. And experts believe the Vatican and Vienna artifacts can’t be traced back to the Antioch spear-head. So whatever became of it? My uncle believed the Knights Templar acquired the spear-head and placed it in their Paris Temple after they were forced to flee the Holy Land.

Then the holy relic passed to King Philip IV of France when his men raided the Paris Temple on Friday the 13th in October 1307. Eventually various noble families owned the item. They knew that for some reason it was a valuable piece but they didn’t know why. From there it made its way onto the antiquity market and passed from dealer to dealer. After years of research and searching, my uncle finally located the piece in a small, dusty antiques shop in the Montmartre district of Paris when he was just 42 years old. The antiques dealer didn’t realize its true identity or value and sold the ancient Roman, iron spear-head to my uncle for a mere $2,200.

Last month, my aunt found his dead body lying in a pool of blood in the library of their house. The spear-head was imbedded in his right side. He was 93 years old, had diabetes, a weak heart and was in the early stages of dementia. According to my aunt, only she and my uncle had been in the house at the time. Security cameras confirmed her account.

After years of research and searching, my uncle finally located the piece in a small, dusty antiques shop in the Montmartre district of Paris when he was just 42 years old.

It could have been an accident, a suicide or a homicide. The police thought it was a suicide but the medical examiner listed accidental death on the death certificate. At the time I thought it was murder.

My aunt didn’t want the spear-head anywhere near her but refused to throw it away or sell it so she gave it to me. Shortly after I came into possession of the artifact, I was approached while walking in my neighborhood park by a slight, short man dressed in a grey three-piece suit. This polite, elderly gentleman had a Van Dyke beard, wore metal, horn-rimmed, round eyeglasses and spoke with a thick French accent. He offered to buy the spear-head from me for $50,000. I told him that it was definitely not the Spear of Destiny, that there was no way that this spear-head had ever touched the holy blood of Christ. He asked me how much I wanted for the artifact. I told him that it was not for sale.

He claimed to represent the Holy Relics Society and even offered me membership in the association. According to him, they already possessed the Ark of the Covenant, the Holy Grail and the Holy Nails but needed the Spear of Destiny and the Crown of Thorns to complete their collection. However, he refused to tell me what they would do once they had all five holy relics but I was sure that they would stop at nothing to obtain the final two, even murder. But then he whispered to me, “You could change your destiny but you can’t change your fate.”

According to him, my uncle was a very stubborn man and refused to part with the spear-head at any price.

I told him to follow me and took him in my car to my bank. He waited in the car while I went inside to my safe deposit box, removed the spear-head and returned to my car. I informed him that he could have the spear-head if he told me how they killed my uncle. He agreed to the deal but emphasized that everything discussed between us was just between us. There was an implicit “or else” and he didn’t have to explain what that might be.

According to him, my uncle was a very stubborn man and refused to part with the spear-head at any price. They convinced him that if he pieced himself with the spear-head then he’d obtain eternal youth. So it was a homicide, not a suicide, after all.

After handing over the artifact, I drove him back to the park, dropped him off and I never saw that man again. And, in keeping my word, no one shall ever see this document unless my death is violent or suspicious. Strange to say, I actually hope they get the Crown of Thorns and can not only change our destiny but also alter our fate. 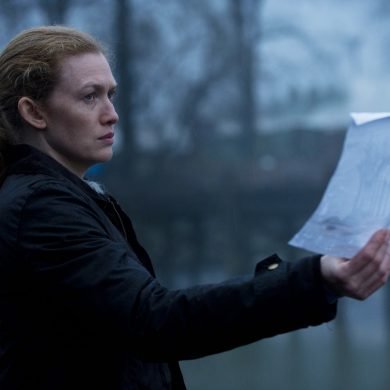