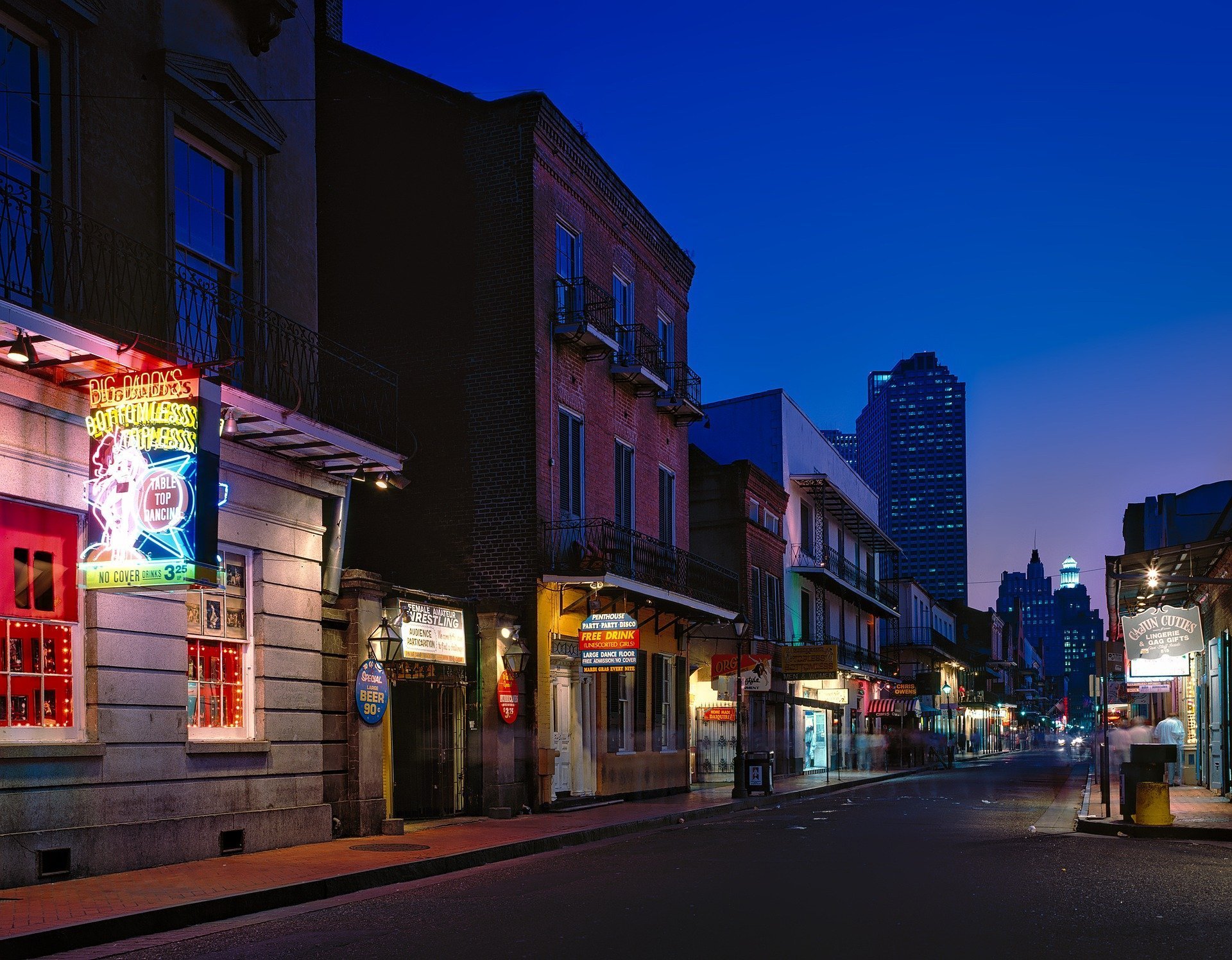 Robert W. Fieseler is an award-winning journalist and nonfiction author who currently splits his time between Boston and New Orleans.

His essays and feature stories have been nominated for the Pushcart Prize and recognized in roundups of best nonfiction by The Atlantic. He writes about marginalized groups and overlooked people who make the world better for themselves. As such, his heroes tend to be exiles and outcasts seeking their own strange forms of freedom.

What follows is an excerpt from Robert W. Fieseler’s new book Tinderbox: The Untold Story of the Up Stairs Lounge Fire and the Rise of Gay Liberation which mesmerizingly reconstructs the 1973 fire that devastated New Orleans’ subterranean gay community. Tinderbox won an Edgar Award for Best Fact Crime in 2019.

There was a fire, the minister of the Metropolitan Community Church – a gay man named Dexter Brecht – preached to his small flock of gays and lesbians. It was a fire so horrific that Courtney Craighead, the church’s deacon (who was standing nearby), couldn’t even speak about his memories of the event. It was a fire set intentionally on June 24, 1973, resulting in the death of one-third of their Metropolitan Community Church (MCC) congregation at the time.

This fire, which had happened twenty-two years and one day before, at a hangout called the Up Stairs Lounge, remained so disturbing a memory that it never existed in the pages of American history. This tragedy, congregants knew, was in fact the only reason that the New Orleans Times-Picayune had opted to send a reporter to hear their minister that Sunday.

“We gather here this morning to remember,” Brecht continued. “Remembering, whether we like it or not, is part of the human condition. It is good as a way of acknowledging our grief.”

It was a horrific scene to relate: a fire in a busy bar on the fringe of New Orleans’s French Quarter that was set with lighter fluid. On that evening, flames had invaded a sanctuary for blue-collar gay men. The fast-moving blaze overtook the second-floor bar with deep ties to the MCC faithful, but the destruction would extend well beyond church membership, claiming the lives of thirty-one men and one woman.

Although it raged out of control for less than twenty minutes, the blaze left a fallout that shocked Carl Rabin, the coroner who would struggle to identify the bodies using jewelry and hotel room keys. Fingers and faces and bones were scorched beyond recognition. “They were just piled up,” he said. “People in a mass. One falls, then another falls. It’s just a mass of death. It’s sickening.”

Then the story went silent. After a mere blip of coverage, it fell off the front pages of newspapers, and then from interior pages entirely. Local and national television channels would dedicate just a few minutes of on-the-scene coverage to the Up Stairs Lounge, in which survivors were interviewed with cameras to their backs, due to reporters’ fear of legitimizing the gay lifestyle and victims’ fear of outing themselves.

Yet, in fact, the tragedy had affected nearly every segment of New Orleans’s closeted gay community, estimated a month later by the local Gay People’s Coalition to be from 40,000 to 100,000 of the city’s then 600,000 residents. Most of the dead—educated and illiterate, young and old, white and black, including a hustler, a minister, and a dentist—perished within the fire’s first 360 seconds.

“This fire was a holocaust,” Brecht intoned. “Perhaps not in the millions like in the forties, but surely just as devastating to the lesbian, gay, bisexual, and trans-gender community.”

The Up Stairs Lounge, Brecht related to his flock, represented a moment that exposed a majority of citizens as at best apathetic toward homosexuals while also revealing that civil rights movements of the era were tone-deaf to homosexual plight. Indeed, civil rights and feminist constituencies in the 1970s did not leap to the defense of the Up Stairs Lounge victims.

The tragedy was not noted in Distaff, New Orleans’s feminist magazine—it was a time when lesbians themselves were marginalized from “mainstream feminists”—nor was there any mention in iconic black newspapers like The Chicago Daily Defender, despite there being a black victim.

“This fire was a holocaust,” Brecht intoned. “Perhaps not in the millions like in the forties, but surely just as devastating to the lesbian, gay, bisexual, and trans-gender community.” The immediate aftermath of this blaze—occurring on the last day of celebrations marking the fourth anniversary of the 1969 Stonewall Riots—became a chilling moment of loss for those gay Americans who actually heard the story, who were long conditioned to the reality that their sorrows were quarantined from the heterosexual American dream.

In a cartoon in the August 1973 issue of The Advocate, which was then a somewhat ragtag alternative newspaper in Los Angeles, a man in a hospital bed was bandaged up like a mummy; in the background, his chart read “Up Stairs Bar Fire Victim.”

With its physical and emotional toll, the Up Stairs Lounge fire sat in stark contrast to the legendary riot that had taken place outside of the Stonewall Inn in New York City on June 28, 1969. On that day, homosexuals, transsexuals, and street kids had joined forces to resist New York Police Department officers who were raiding a gay bar and arresting the patrons. This act of defiance had become a wellspring for gay political recruitment.

Gay Liberation was a departure from the so-called homophile movement.

In the wake of the Stonewall Riots, a new movement called Gay Liberation arose. It was a “radical thinking” and “militant” crusade—according to a newsletter distributed by the more conservative Homophile Action League—whose stated goal was “complete sexual liberation for all people” through the abolishment of institutions that forced homosexuals to “live two separate existences.”

Gay Liberation was a departure from the so-called homophile movement (the term derived from the Greek words homo and phile, meaning “same love”), which had led the fight for homosexual rights up until then. Standing in an oblique shadow of the Stonewall Riots, the Up Stairs Lounge fire would be a major test of Gay Liberation: Could the movement steward its people through a crisis? Would gay people recognize its right to lead?

Yet, as Dexter Brecht addressed his congregation twenty-two years later, the Up Stairs Lounge remained forgotten.

Excerpted from the book Tinderbox: The Untold Story of the Up Stairs Lounge Fire and the Rise of Gay Liberation by Robert W. Fieseler. Copyright © 2018 by Robert W. Fieseler. Used with permission of the publisher, Liveright Publishing Corporation, a division of W. W. Norton & Company, Inc. All rights reserved.

To read our archive of mystery and thriller book excerpts, please go here.