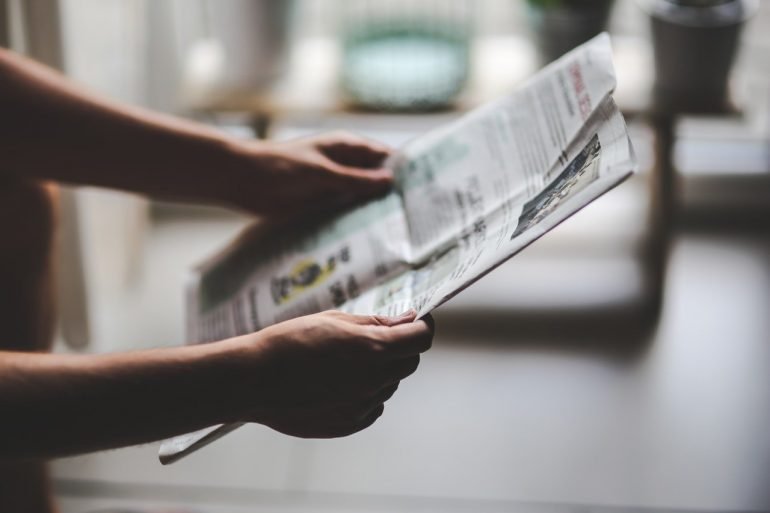 John Stevens lives in the southeastern United States with his wife and daughter where he works for the U.S. Marshals Service. He has been published by Mystery Tribune, Out of the Gutter, Close To The Bone, and many others. His flash fiction piece “Clean” is the story of a man who tries to prove his brother innocent of murder, with the help of a desperate reporter.

Adriana drove Hank’s truck to Grove Bluffs Plantation and left her motorcycle at the strip club. Hank rode in the passenger seat. He was too beat-up to safely drive.

Hank won the fight. The drug dealer came in a close second.

Blood was messing up the truck’s interior. The smell brought his mind back to the war and he didn’t feel like dealing with that right now.

Adriana kept her eyes on the road.

“Yes, but it’s a temporary thing,” Adriana said. “I need a strong story to save my job. You need to figure out who really killed Kazinski.”

“You’re quite the mercenary.”

“Don’t be so idealistic. We both want to get ahead. You need your brother out from under the Kazinski murder. For the time being our interests align.”

“So Kazinski and that strip-club-pimping drug dealer were in it together?”

“We got some good info out of him.”

“Now we just have to avoid our favorite pimp’s buddies.”

“So someone is after us?”

Adriana parked in front of the rotting plantation and helped him get out.

Hank tried to put the key in the lock but was shaking too violently.

Adriana took over. She assisted him upstairs. Hank undressed. Adriana drew a hot bath. She left and Hank slid in.

“All right,” Hank said to the open door. “Don’t try to peak at my naughty bits. Pull up a seat. Let’s talk this out.”

“I’ll try my best to contain myself.”

Hank heard the wheels squeak on his office chair. He peaked around the curtain. Adriana wore one of his old Fight Night T-shirts, a memento from his third mixed-martial-arts bout. Those skills seem to have disintegrated.

“You found my dresser,” Hank said.

“What are these crossed iron nails by the doors?”

“Voodoo crap from the last owner.”

“You believe in that stuff?”

“Why don’t you take them down?”

“I don’t believe in Santa. I still like Christmas.”

“It stopped bleeding. The ankle hurts.”

“Stilettos aren’t the best footwear for fighting… but you were fashionable as hell.”

“Funny. What about you? You look like hot garbage.”

“I think you need to go to the hospital.”

Hank knew he needed to open up if they were going to work this as true partners. He needed to earn her trust. The borderline kidnapping they just performed pushed him towards honesty. The pimp gave them great info. They were going to prove his brother innocent. He could feel it.

Adriana was in deep and hadn’t wavered.

“Since we’re getting close and all,” Hank said. “Did you hear about the recent shooting over at a cheap motel?”

“Did you know of the victim, being a reporter and all?”

“On a scale of one to ten, how big of a piece of garbage is he?”

“Slappy? He sold heroin at playgrounds. I’ve lost friends to opiates. I would rate Slappy a ten. Why?”

“What do you think about him getting shot?”

“I’m the one that shot Slappy.”

Adriana closed her eyes and breathed deeply. Hank was terrified that she would run out the door and call everyone. She turned to him.

“It shook out that way.”

“Walk me through it.”

“I learned Kazinski liked working girls, same reason we ended up at the club. I went to a cheap motel to ask around. Slappy turned up… one thing led to another.”

“He started shooting at me.”

“So it was self-defense?”

“Slappy’ll be out of business for a while. One less overdose.”

Hank looked at her and smiled.

Adriana handed it over and left the room.

Hank stepped out of the bath. He felt clean.

He walked downstairs. Adriana was making coffee. He noticed her lap-top was open and there was a Word-Processor Document on the screen.

“You getting a head start on the Kazinski piece?”

The coffee pot was full when the police arrived. They read him his Miranda warning and he kept his mouth shut.

Hank was in the lock-up’s common area when he saw the newspaper two days later.

Adriana’s story on the Slappy shooting dominated the front page. She got a great article out of it. Hank was sure her career saw a boost. She stopped working the Kazinski murder when she took a promotion to Atlanta.

Slappy had a lot of friends in lockup. They saw the article as well.