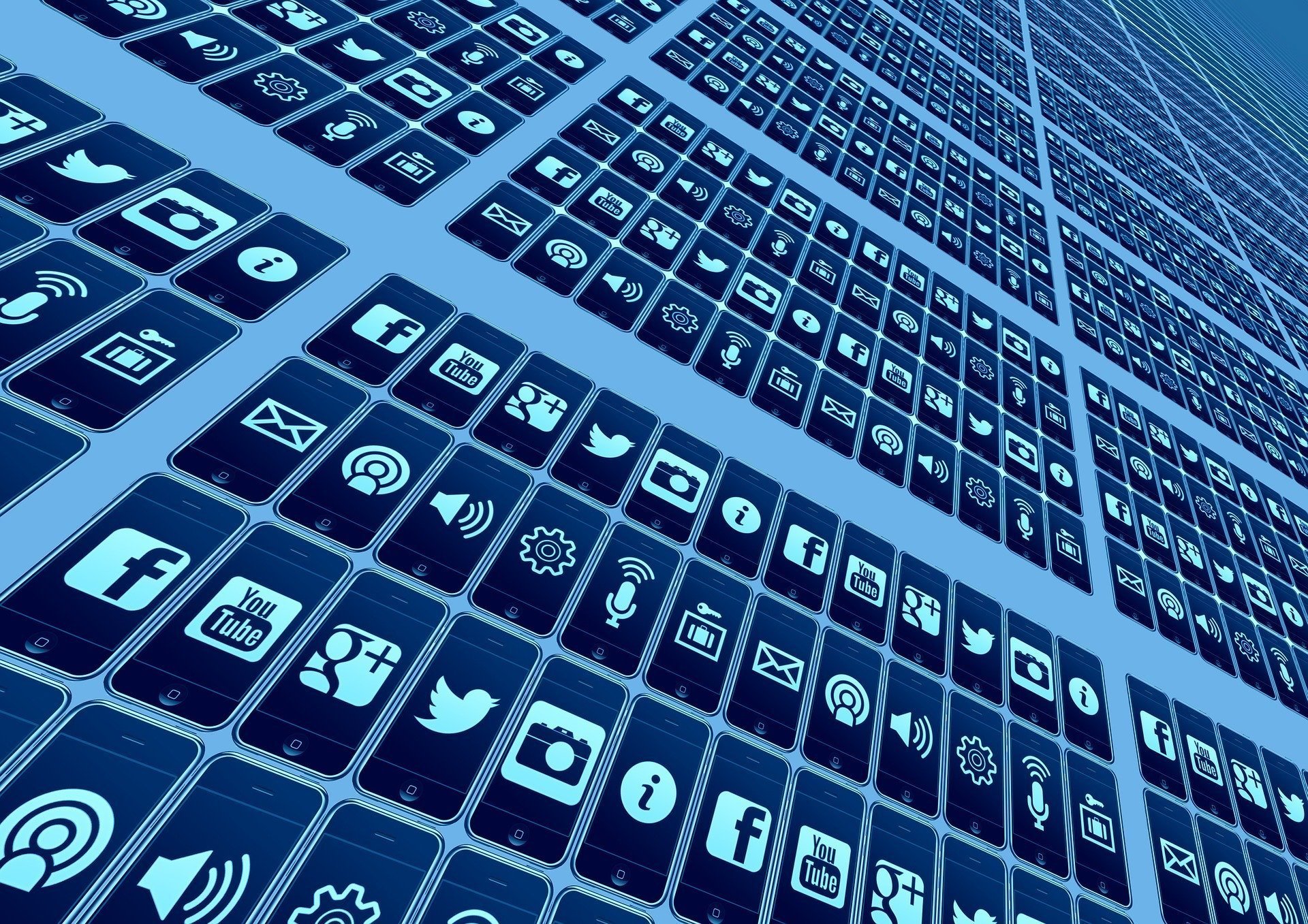 More Friends is a self-deprecating humorous personal essay about an aging Luddite would-be writer attempting to establish an author platform on Facebook … and about all the frustration, wasted hours, privacy invasions, attacks of envy and unexpected technological and security snafus that this entails.

“People are leaving Facebook in droves,” I read in the paper after spending fifty-eight minutes changing one word in my long-dormant profile and uploading a brand-new photo (from seven years ago, when I still had a chin). Naturally: if I arrive at the party, that must mean everyone else is heading out the door.

I was never a trendsetter. Not even an early adopter: I bought my IBM Selectric, the typewriter with the built-in backspace eraser, at about the time that WordPerfect was going into its eleventh incarnation. But I just had one teeny personal essay published in a literary magazine and I am only 20,000 words and approximately a gazillion redrafts from finishing my novel, so naturally it is now that I remember the advice of some twenty-something literary agent I heard once at a book publishing conference.

An author without a ready-made “platform,” she said, is as useful to an agent and publisher as a racing car without an engine.

I don’t even have to read the paper to realize there are good reasons not to rev up my authorial vehicle with such a publicly reviled platform. Some of my real-life friends have expressed a wee objection to Facebook bombarding them with conspiracy theories about presidential candidates managing child prostitution rings in pizza parlor basements, while others don’t want Zuckerberg to be privy to everything from their privy habits to their nasal spray preferences.

And there are those—my young adult daughter, for one—who have tired of hanging out in what’s become pegged as the digital equivalent of an old folks’ home.

But what are my alternatives?

Twitter. No way. I associate that with The Brainless Man Who Shall Not Be Named (hereinafter, “Dumbkopf”).

Blogs. Seriously? I’m supposed to ruminate aloud for an audience on a regular basis?

Instagram. Uh-uh. I can’t post my own pix until I figure out how to stop the deluge of creepy male Instagram stalkers who go by the handle “Tough Guy Mike” or “Oil Rig Joe” from trying to “follow me” or “send me notes.”

After twenty-four and a half minutes clicking on each of the Facebook icons at the bottom of my screen—of a floppy disk, a big and little person, a house, a ringing bell, three horizontal bars, and what looks suspiciously, and inexplicably, like a paw print[1]—I finally find my way back to my profile page and figure out how many friends I currently have. Fourteen. (Including my sister, who no longer posts, and a neighborhood bulletin board for buying and selling used lawn mowers and getting leads on orthodontists. Neither of which I’ve had occasion to use since the last millennium.)

Recognizing that fourteen is probably not enough, I scroll through “People You May Know” and hit “Add Friend” whenever I see a name or face I recognize. Okay, not:

But an awful lot of others. Like a nice woman at our synagogue who I occasionally nod and smile at; we’ll call her Gayle Moskowitz. Also Gayle’s husband, Mr. Moskowitz, and his mother Sadie. A guy from my hometown on whom I harbored a silent, painful crush when I was eleven or twelve. Someone who might once have been in the same writing class as I. In 1992.

Many of them, apparently as undiscriminating as I, actually accept my invitation.

Two days into my new project, I have sixty-three friends and my Facebook feed is buzzing. When I was virtually friendless, I could log in once a day and catch up on all the posted news in five and a half minutes. But being a popular kid apparently means checking in several times a day, with each visit lasting as long as a sitcom.

I don’t want to insult anyone, so I read and heart or thumbs-up every one of the photos of my new friends, their children, their great-aunt Mildred, and that cute little slug in their backyard. I open the link to a long article about competitive bungee jumping. I watch a video of a former colleague’s costumed cat dancing to disco music, three times through.

If you are one of my sixty-three friends, you already know what I do next: I post a link to my published essay. I secretly suspect that any journal that would accept my piece would have a readership roughly the size of my original group of Facebook friends. So yay; I’ve just quadrupled that.

If you are one of my sixty-three friends, you already know what I do next: I post a link to my published essay.

But this, I suspect, is still not enough to win the literary agent jackpot. Now, when I return to “People You May Know,” I am less fussy. I click on someone who could be a third cousin, twice removed; the last name sounds vaguely familial. I click on the faces of strangers who are friends with at least two of my writing teachers or classmates, and on their friends; if they write too, they’ll jump at the mutual audience buildup opportunity.

Somewhere around the 126-friend mark, I develop insomnia. It turns out that spending hours a night on Facebook—in bed, with my husband sleeping beside me—is about as good for my sleep hygiene as it is for our sex life. My bedtime cuddles now consist of my finger gently stroking my iPhone as I scroll up and down my Facebook feed and my husband swatting the phone away from his face.

My good-night stories consist of articles about abducted young children, slaughtered Kurds, and Nazis in my own backyard…okay, maybe not literally in my backyard, though I do have my suspicions about a certain someone a few doors down. And all of this is mixed in with post after post about Dumbkopf and whether, when, how, and why he will be impeached.

Even when I am not looking at Facebook, I am creeped out by the icky aftertaste. I need, I decide, a Dumbkopf-free zone.

But the next time I click onto my profile, I see that my campaign is bearing emojis. A whole bunch of people have posted hearts and thumbs-up next to the essay I posted. I’m not sure if they actually read it or are just applauding me for getting something published, but I appreciate the sentiment. I try to click on the heart sign to uncover my well-wishers. Instead I end up liking, or loving, my own piece.

I’m pretty sure public self-love is a social media no-no. I hope no one will notice.

Unless self-love is the whole point of this exercise. In that case, I muse, maybe I should just own it. Flaunt it, even. Like Dumbkopf.

Soon, forty-one people have commented on my essay. I answer each one, individually, so they will know I value their being my friend, or my liker. I fear if each message uses the same words, I will hurt their feelings. I consult a thesaurus for synonyms for “flattered,” “honored,” and “thank you.”

At three in the morning, when I finally complete my digital thank-you notes, I return to The Facebook Feed, sliding past all the ads for extra-large underwire bras and leak-proof granny panties and trying not to think about how Facebook decided those were meant for me.

I gaze through the digital windowpane to see what’s become of folks I knew back when. Like Hallie Kopter Starr, whose career and connections have soared to such stratospheric levels since we knew each other that I, down here in Suburban-Domesticity-Would-Be-Author Land, have become a nearly invisible speck.

I feel like I am back in the sixth grade, standing against the wall in the hoop skirt my mother bought me, checking my homework for spelling mistakes, while all the cool kids in miniskirts are passing around reefers and inviting each other to pool parties.

A week after beginning my frantic Facebook foray, I reach 221 friends and declare myself a smashing social media success. But just to be sure, I grab a peek at one of my teachers’ Facebook sites. She had multiple agent offers for a novel that sold really well. I am thrilled to see she barely has twice my number of Facebook friends.

Oops. A closer look reveals those 404 people are just her followers, whatever those are. She actually has 4,993 friends. I feel like Sisyphus. I feel like an author whose novel is destined to fail even before it is written.

A closer look reveals those 404 people are just her followers, whatever those are.

Then I receive a “private Facebook message” from Gayle Moskowitz. “Saw you in this YouTube video,” she says. “So impressed.” With several gasping-face emojis reminiscent of Munch’s “The Scream.”

I may be a Luddite, but I am no idiot. I write back asking, “Is that really you or was your account hijacked?” Then I check my Facebook feed. Seventy-one items down is an announcement that anyone who answered that spam message should change their password. Pronto.

Okay. I tried, I really tried, to buck the Facebook abandonment train. But now, a week into my social media push, I’m giving the app a serious thumbs-down. And a scowly face. I do not heart Facebook anymore.

I search for instructions on how to change my password, but the closest I find is how to log out. And once I do that, I get an automated message that my Facebook account has been terminated.

Axed. Zapped to smithereens. All I have to do now, as I understand it, is to enter my name, gender, email, cell phone number, birthdate, children’s birthdates, preferred presidential candidate, sexual partners past and present, pending IRS refund amount, and the alarm code for my front door, and upload another headshot, along with one in a bikini. Then start posting, and finding friends.

And so it is that I discover that this would-be author and late-to-the-party Facebook user is both a Luddite and an idiot. But I also discover something else. Suddenly, I have hours of free time to work on my novel. I write ten thousand words in one week. At this rate, I’ll have an actual draft finished by Monday. And on Tuesday, I’ll build the platform that is guaranteed to propel an obscure scrivener with an IBM Selectric into the stratosphere of authorial stardom.

[1] You’re going to have to trust me about the paw print. I would have loved to illustrate with a screenshot, if only one of you would show me how. Patiently, several times through. 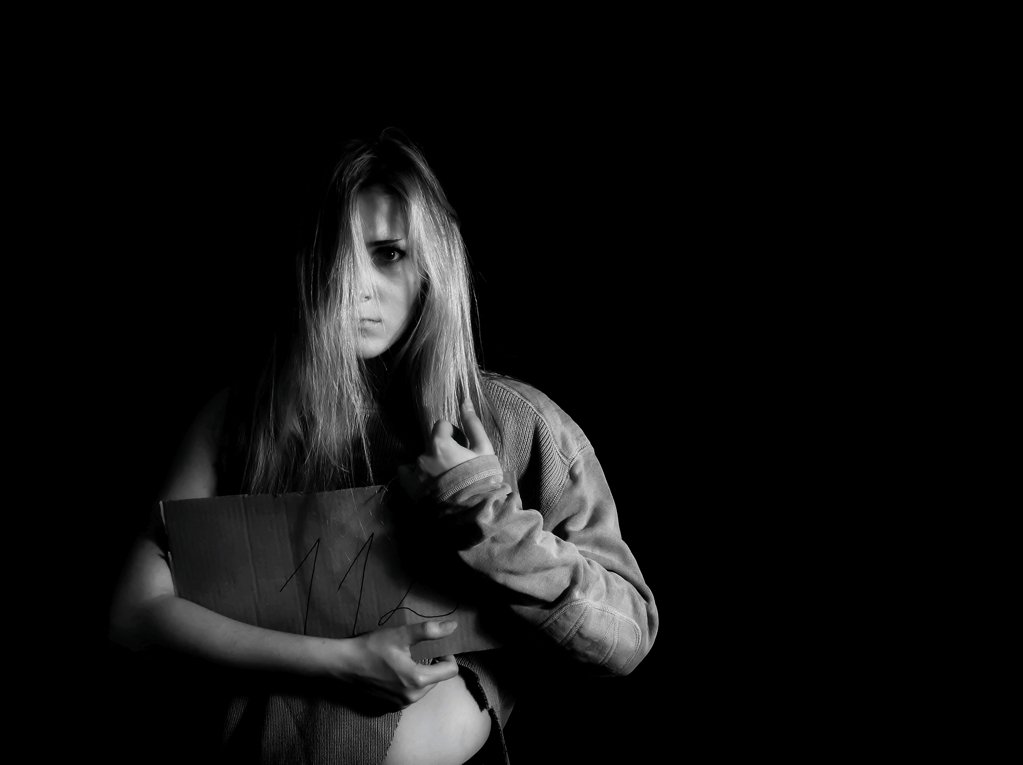