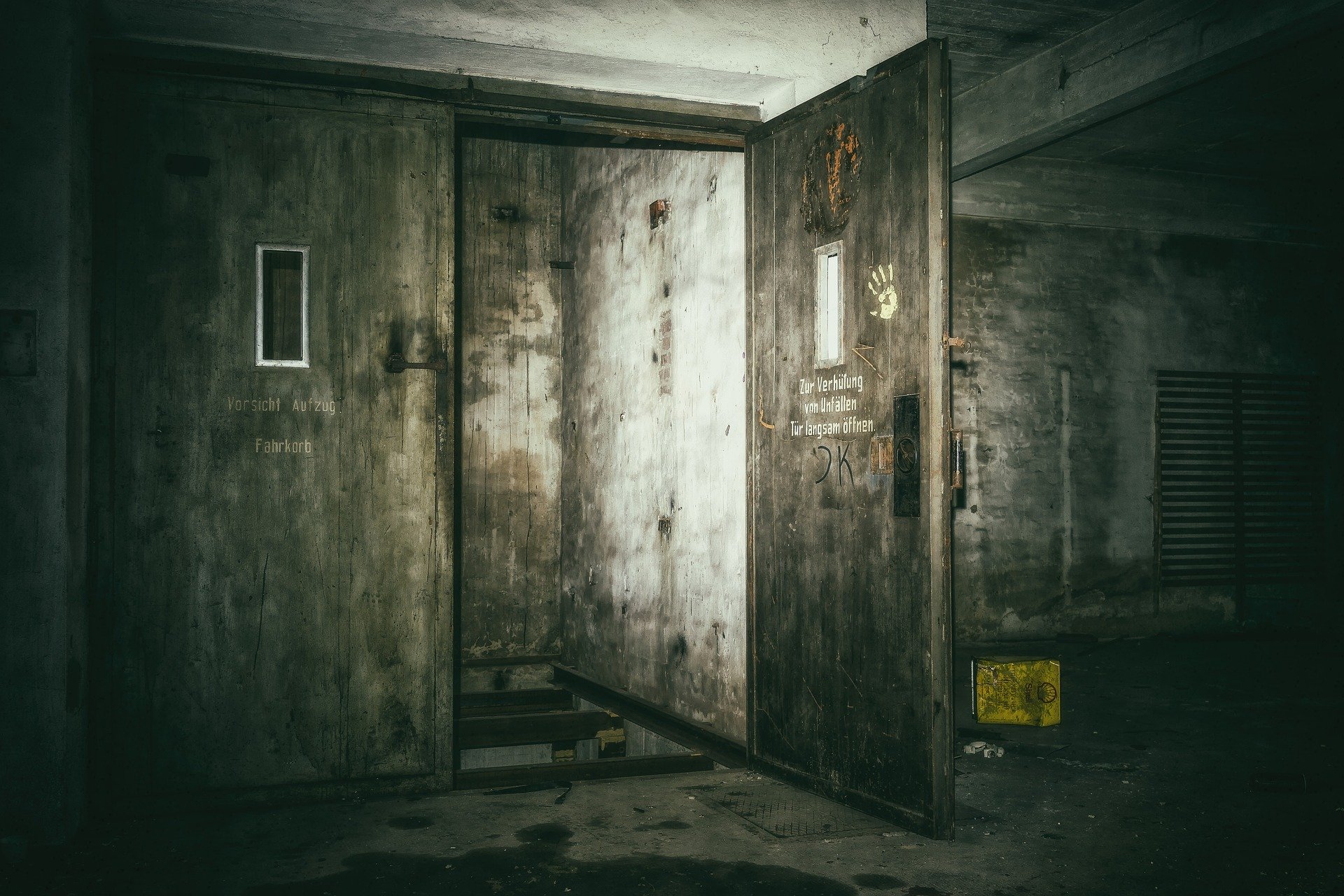 Tied In The Dark is the title of the first micro flash fiction contest by Mystery Tribune which encourages mystery, noir, or other literary writers to submit short fiction inspired by an image provided by the magazine.

The Hand Print By J.B. Stevens

Hamburg’s port had thousands of shipping containers. Finding a peaceful spot was easy. The space was dark. Sound echoed.

Sam ignored the piss. The feces was harder, but Sam was a professional. He checked the zip-ties, still good. He got the smelling salts and gave Hans a whiff.

“Now it won’t block your view.”

“I don’t know the room in the photo,” Hans said. His English was good, only a slight accent. “I have no idea what you’re talking about.”

“Stop the denials. Look at the picture. The room. The handprint.”

Sam got out the bolt cutter and cut off the third toe on Han’s right foot.

“We did it. I remember the little windows. I was high, an accident. I’m sorry.”

Sam had giving the kid a lot of meth. The drugs put off an ammonia smell.

Sam removed all ten fingers and the remaining toes. He hooked up a fresh IV bag in each arm.

“You should bleed out, but I gave you so many bags… you could last a long time, but that’s a lot of trauma. I don’t know. Whatever, you shouldn’t have raped my boss’s daughter.”

As ordered, Sam stuffed the fingers and toes into the kid’s mouth and tapped it shut. He left the container, locked it, and went to the airport.

Sam was back in Phoenix by morning. His wife made eggs. His son ate with him. It was nice.

I was surprised when I received the information from the dispatcher.

It was the address of an abandoned warehouse, unused for as long as I could remember. A 911 call had been made, the caller claiming that he was trapped inside the warehouse. I knew it was probably a prank. However, my duty dictated that I investigate. So, here I was staring at the padlocked front door of the warehouse. I knocked on the door and called out “Anyone inside?”

There was no response. After banging on the door furiously for a few seconds and screaming my lungs out, I drew my pistol. I aimed it at the padlock and fired, taking the lock clean off. I pushed the door and it opened, creaking all the way. A sickening odour invaded my nose. I switched on my flashlight and called out once again.

This is the police. Anyone here?

Other than the echo of my own voice, there was no other sound. I began walking towards the inside. The entire warehouse, was dark and dusty. It looked exactly as I had thought it would. I flashed my light around, hoping to see something of interest. I light illuminated what looked like a handprint on the door. I began walking towards it when my foot struck something, almost making me trip. I swung my torch towards the ground and almost jumped in surprise. It was a foot. No, not just a foot. An entire body. This explained the stench. The torch illuminated the face, and the cellphone that was being held up against the ear. The face had a menacing smile on it. I realized the reason behind it a little too late. I was already trapped inside the pitch black warehouse by then.

Tied In The Dark By Todd Davis

Tonight he followed a Greek who had extensive contacts in the City, down into this dirty poorly lit warehouse basement. The writing on the door was German, he knew that from one semester at university, he didn’t much care what it said, he was already getting aroused by the thought of what lay within. Inside the room he was startled to find it empty, though vaguely familiar as if he were experiencing deja vu.

“What’s going on here? Where is the girl?” He asked the Greek. Robert tried to turn around but the man grabbed him, put him in a half nelson and slide a wicked knife into his groin cutting upward spilling guts and offal onto the floor. The pain was excruciating and more horrifying, all too familiar.

To participate, please read the process guidelines below:

For submitting longer-form fiction to be published in Mystery Tribune print edition or flash fiction in our website and apps, please follow our general submission guidelines here.