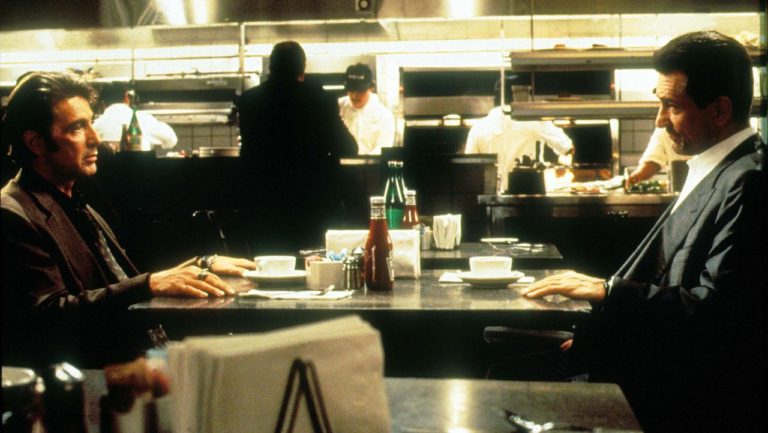 After a long process which involved interviewing with various novelists, Michael Mann has secured four-time Edgar Award-nominated author Reed Farrel Coleman to co-write a prequel novel with him to his landmark crime film Heat, which starred Al Pacino and Robert De Niro and was written, produced and directed by Mann. The novel will be published in 2018 under the Michael Mann imprint at William Morrow/HarperCollins.

Coleman has been called “a hard-boiled poet” by NPR’s Maureen Corrigan and the “noir poet laureate” by The Huffington Post. He has also landed on the New York Times Bestseller list three times with his continuation of Robert B. Parker’s Jesse Stone series.

This is the second major author to partner with Mann on a new publishing project. Last year, Mann partnered with #1 internationally bestselling crime novelist Don Winslow (The Cartel, The Force) on an ambitious novel about legendary organized crime bosses Tony Accardo and Sam Giancana and the collision that occurs in their relationship and the national repercussions that occurred from the fallout.

Mann has a non-fiction book near completion that he is keeping under wraps and is actively in discussion with novelists on additional projects.

Mann spent years writing the original screenplay for Heat, drawing on an extraordinary amount of primary source research and personal knowledge research that will be used the prequel. The 1995 film makes references to past scores that Neil McCauley (De Niro) and his crew took down, and to major criminals that Vincent Hanna (Pacino) hunted. The novel will explore these story elements and expand the world of Heat, its characters, and their criminal ambitions. Coleman will have access to Mann’s extensive research files.

Heat celebrated its twentieth anniversary last year, and was the subject of a number of laudatory tributes and retrospectives, including one at the Academy of Motion Pictures Arts and Sciences moderated by Christopher Nolan. On May 9, 2017, Twentieth Century Fox Home Entertainment will release the Director’s Definitive Edition of Heat, including an all-new restoration overseen by Mann, on Blu-ray and DVD.

The De Niro and Pacino characters were based on real-life individuals. Mann’s close friend Charlie Adamson hunted down the real Neil McCauley and the famous coffee shop scene is based on an actual event, as are many other scenes in the film. In addition to Heat’s significant dramatic accomplishments, the film features an epic shootout in downtown Los Angeles that is widely considered to be one of the greatest action sequences in motion picture history.

Coleman’s critically acclaimed 2016 novel Where It Hurts is currently nominated for both an Edgar Award and a Barry Award for Best Novel of the Year. This is Coleman’s fourth Edgar nomination, after previous nods for Best Novel, Best Paperback Original, and Best Short Story. He has also won the Shamus, Barry, Macavity, Audie, and Anthony Awards. His most recent novel, What You Break, was published in February 2017 to wide acclaim.

Michael Mann Books and Coleman are both represented by Shane Salerno at The Story Factory. Mann is also represented by CAA, LBI and attorney Harold Brown.

Note: If you are interested in Reed Farrel Coleman and his work, read our review of What You Break here. An interview with the author is also available here.

Like Books By Read Farrel Coleman? Check out these exciting titles.