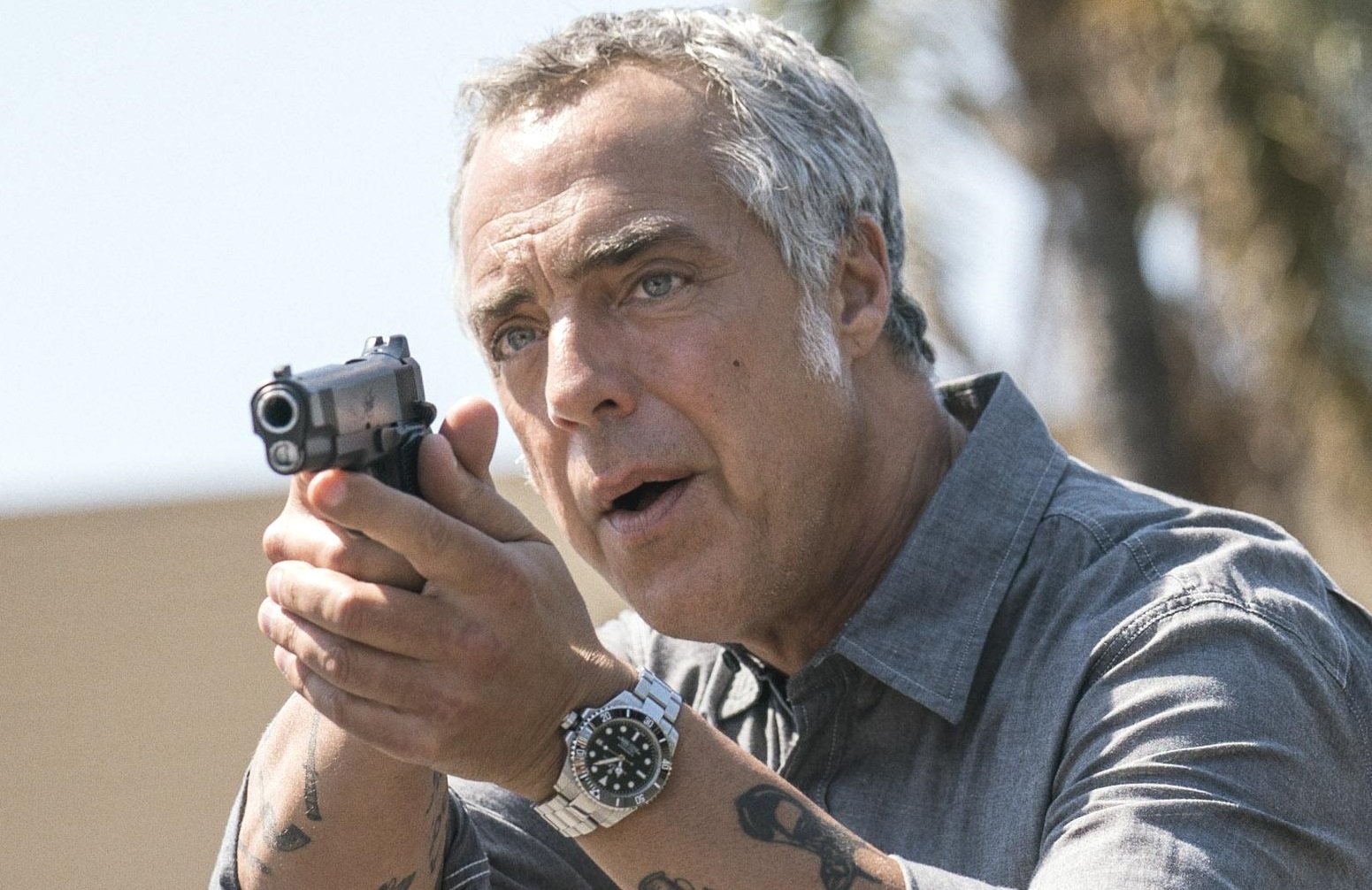 Detective Hieronymus “Harry” Bosch is now one of the most well-recognized fictional characters around, in part due to the popularity of the “Bosch” series on Amazon.

Created by Michael Connelly, Bosch debuted as the lead character in the 1992 novel The Black Echo, the first in a best-selling police procedural series now numbering more than 20 novels.

In what follows, you can view the complete list of Harry Bosch books in order:

Some of Our Favorite Harry Bosch Books

We have been, for a long time, huge fans of Connelly’s tough-talking and stubborn detective. From more than 20 novels, our picks of the most exciting books featuring Harry Bosch include the following:

The Balck Echo. For maverick LAPD homicide detective Harry Bosch, the body in the drainpipe at Mulholland Dam is more than another anonymous statistic. This one is personal…because the murdered man was a fellow Vietnam “tunnel rat” who had fought side by side with him in a hellish underground war.

Now Bosch is about to relive the horror of Nam. From a dangerous maze of blind alleys to a daring criminal heist beneath the city, his survival instincts will once again be tested to their limit.

Pitted against enemies inside his own department and forced to make the agonizing choice between justice and vengeance, Bosch goes on the hunt for a killer whose true face will shock him.

Black Ice. Narcotics officer Cal Moore’s orders were to look into the city’s latest drug killing. Instead, he ends up in a motel room with a fatal bullet wound to the head and a suicide note stuffed in his back pocket. Working the case, LAPD detective Harry Bosch is reminded of the primal police rule he learned long ago: Don’t look for the facts, but the glue that holds them together.

Soon Harry’s making some very dangerous connections, starting with a dead cop and leading to a bloody string of murders that wind from Hollywood Boulevard to the back alleys south of the border. Now this battle-scarred veteran will find himself in the center of a complex and deadly game-one in which he may be the next and likeliest victim.

The Concrete Blonde. They call him the Dollmaker, a serial killer who stalks Los Angeles and leaves a grisly calling card on the faces of his female victims. When a suspect is shot by Detective Harry Bosch, everyone believes the city’s nightmare is over.

But then the dead man’s widow sues Harry and the LAPD for killing the wrong man–an accusation that rings terrifyingly true when a new corpse is found with the Dollmaker’s macabre signature.

Now, for the second time, Harry must hunt down a ruthless death-dealer before he strikes again. Careening through a blood-tracked quest, Harry will go from the hard edges of the L.A. night to the last place he ever wanted to go–the darkness of his own heart.

Trunk Music. It starts with the body of a Hollywood producer in the trunk of a Rolls-Royce, shot twice in the head at close range – what looks like “trunk music,” a Mafia hit. But the LAPD’s organized crime unit is curiously uninterested, and when Harry follows a trail of gambling debts to Las Vegas, the case suddenly becomes more complex – and much more personal.

A rekindled romance with an old girlfriend opens new perspectives on the murder, and he begins to glimpse a shocking triangle of corruption and collusion. Yanked off the case, Harry himself is soon the one being investigated. But only a bullet can stop Harry when he’s searching for the truth.

The Drop. DNA from a 1989 rape and murder matches a 29-year-old convicted rapist. Was he an eight-year-old killer or has something gone terribly wrong in the new Regional Crime Lab? The latter possibility could compromise all of the lab’s DNA cases currently in court.

Then Bosch and his partner are called to a death scene fraught with internal politics. Councilman Irvin Irving’s son jumped or was pushed from a window at the Chateau Marmont. Irving, Bosch’s longtime nemesis, has demanded that Harry handle the investigation.

Relentlessly pursuing both cases, Bosch makes two chilling discoveries: a killer operating unknown in the city for as many as three decades, and a political conspiracy that goes back into the dark history of the police department.

The Burning Room. In the LAPD’s Open-Unsolved Unit, not many murder victims die a decade after the crime. So when a man succumbs to complications from being shot by a stray bullet ten years earlier, Bosch catches a case in which the body is still fresh, but any other clues are virtually nonexistent.

Even a veteran cop would find this one tough going, but Bosch’s new partner, Detective Lucia Soto, has no homicide experience. A young star in the department, Soto has been assigned to Bosch so that he can pass on to her his hard-won expertise.

Now Bosch and Soto are tasked with solving a murder that turns out to be highly charged and politically sensitive. Beginning with the bullet that has been lodged for years in the victim’s spine, they must pull new leads from years-old evidence, and these soon reveal that the shooting was anything but random.

As their investigation picks up speed, it leads to another unsolved case with even greater stakes: the deaths of several children in a fire that occurred twenty years ago. But when their work starts to threaten careers and lives, Bosch and Soto must decide whether it is worth risking everything to find the truth, or if it’s safer to let some secrets stay buried.

Th Black Box. In a case that spans 20 years, Harry Bosch links the bullet from a recent crime to a file from 1992, the killing of a young female photographer during the L.A. riots. Harry originally investigated the murder, but it was then handed off to the Riot Crimes Task Force and never solved.

Now Bosch’s ballistics match indicates that her death was not random violence, but something more personal, and connected to a deeper intrigue. Like an investigator combing through the wreckage after a plane crash, Bosch searches for the “black box,” the one piece of evidence that will pull the case together.

This article was last updated in February 2020. For Mystery Tribune’s coverage of Harry Bosch and out other articles featuring the character, please visit here. 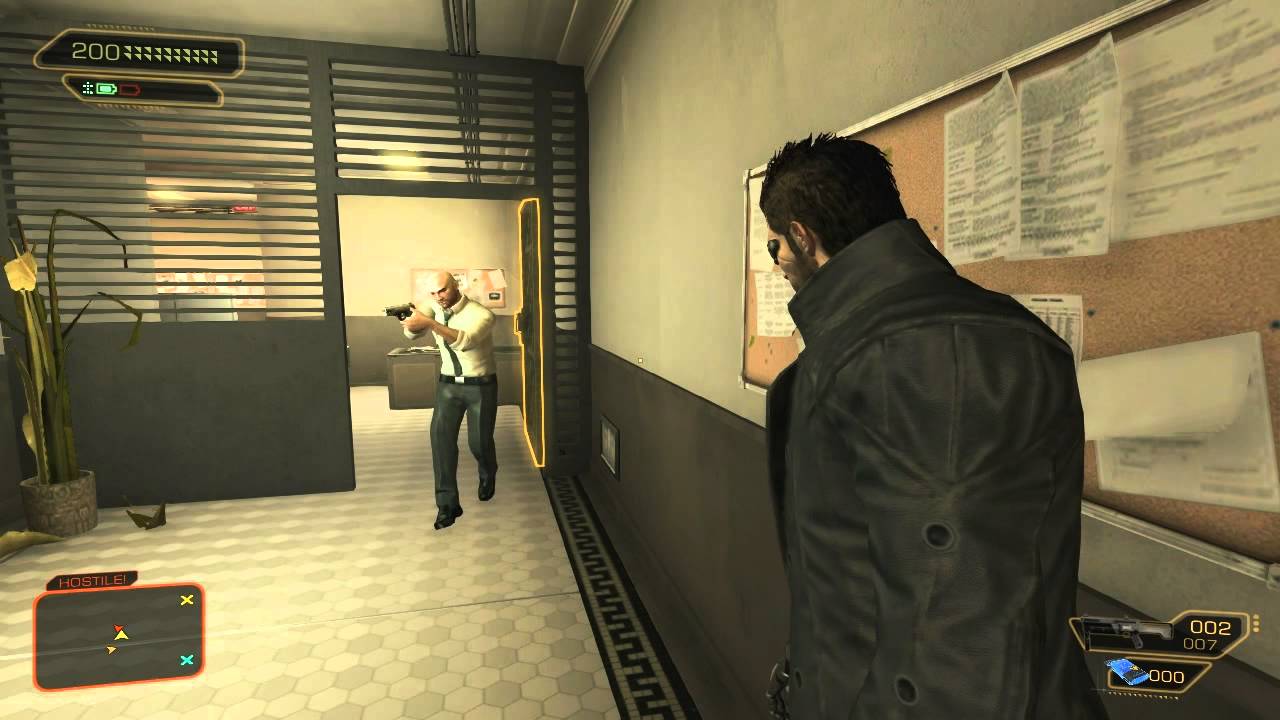