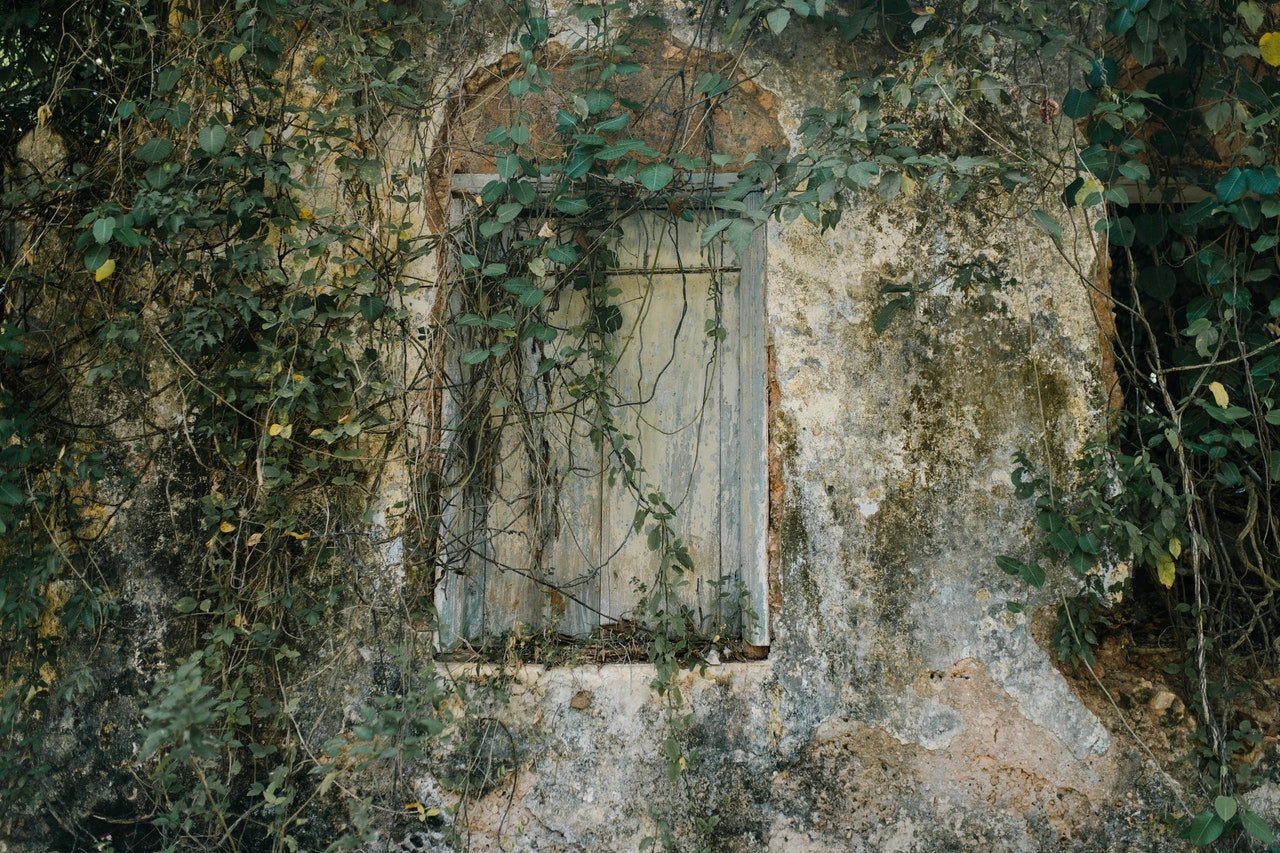 Cassandra Myers, author of Medicine, is a graduate of UC Berkeley with a B.A. in comparative literature.  Her journalistic writing has been published (under the name Cassie Myers) in The San Francisco Chronicle, The Los Angeles Daily News, The Bakersfield Californian, The Santa Cruz Sentinel, and others. Her short story “Two Notes” won Honorable Mention in the Kalanithi Writing Award contest.

The air in the greenhouse was thick, so thick it almost felt like a human presence.  That was the first thing that struck Fiona Summers, as she opened the door with her hand still lingering on the bronze doorknob.  The air was thick, yes, and syrupy: sickly-sweet with the green smell of living things.  But it wasn’t the kind of jolly, bright sunlit green smell she got at Regent’s Park, a scent of holidays and stiff but kindly breezes.  It was a more treacherous green, the green of dark, curling tendrils of fern and descending canopies of leaves strung like bead curtains, hiding God knows what in their depths.

Nevertheless, she stood tall—as tall as her five foot one inches could make her—and strode directly to the center of the greenhouse, where a large white marble fountain muttered to itself.  Creeping, lush tentacles of plants in all the imaginable shades of green ringed the fountain, creating a certain strange, cathedral stillness.  Fiona’s footsteps were muffled even on the floor’s linoleum tiles.  She was oddly grateful for the silence.

The air was thick, yes, and syrupy: sickly-sweet with the green smell of living things.

When she reached the fountain, however, her courage failed her.  A small, sharp-looking brunette, she wore a white lacy dress buttoned tight to the neck, sun-bleached and sweat-stained, and carried a worn leather bag on her hip.  But she didn’t know how to act in this room—it felt like another world, a fantasy kingdom or a hushed place under the sea.  After a moment’s hesitation, she sat on the fountain’s white marble edge, surprised to find it cool even through her dress.  She adjusted her skirt, smoothed it out, and then stood and moved further to one side and glanced around.

After a moment, she took off one of her white gloves and trailed her bare fingers delicately in the water, inhaling its stilted scent and appreciating its dull warmth.  Then she took off her other glove, cupped her hands and splashed the water in her face, sighing in relief.

Then she heard the door open.

A woman entered. She was in her late sixties, tall and imposing-looking, with a long nose and metal-gray hair up in a neat bun. She wore white, too, spotless and freshly starched. She closed the door behind her with a loud thunk and strode over to where Fiona sat. Fiona stood as soon as the woman approached.

“It’s Miss Markham, actually,” the woman said gently.  “But I go by Grace.”

Fiona stopped.  She’d suddenly remembered her discarded gloves.   She bent to pick them up and put them on slowly, her hands shaking slightly.

“I thought you’d be here sooner.” Grace didn’t sound disappointed, exactly.  Her tone was carefully neutral.  But behind it, Fiona thought, lay a jungle as thick and impenetrable as the one simulated in the greenhouse.

Fiona was silent.  Grace took the opportunity to move close to one of the enormous ferns, this one extending a huge green tendril over the path that seemed to have escaped its normal bonds to curl outward, a beckoning finger.  “Far too wild,” she said, almost scolding the plant. Then, to herself—“I must tell Ramsay.”

Fiona stopped.  Grace had turned back to her, with the bland interest of an adult listening to a child tell a story.

“I. I need it. The…medicine I’ve heard you have. Quite urgently.”

Grace continued to trace a circle around Fiona, her long skirts trailing after her.  “I don’t provide the vials.”

Fiona laughed.  “Oh, that’s all right.” She reached into her satchel and pulled out a small, slightly warped glass bottle with a cork stopper.  “I came prepared.”

Grace now had completed her circle and moved next to Fiona, who was holding the bottle outstretched.  Grace didn’t take it from her.  “Who told you I could provide you with my medicines?”

Fiona looked down.  “I’d rather not say.”

“And what makes you think that whoever told you about me was in earnest?” Grace continued.  Again, no exasperation, no anger, just a lurking curiosity.  If this was an enchanted kingdom, Fiona thought, Grace was the sphinx, riddling to prove that the adventurer was worthy of the treasure she sought.

Fiona examined Grace, the fine lines of wrinkles, her opaque eyes, almost black in the dimness.  She sighed and sat back down on the fountain edge.  After a beat, Grace joined her.

“I don’t believe you care one way or the other,” Fiona said.  “Whether they were telling the truth, or I am.”

“On the contrary,” Grace replied coolly.  “I care a great deal if you’re telling the truth. I would prefer it above all things.”

“Well, then.”  Fiona crossed her legs, watching Grace for a reaction.  As Fiona well knew, an impolite gesture made in public could be very revealing: both of the person who committed the offense and of the witness who reacted to it.  Grace merely blinked.

“It’s abominably warm in here…” she said.  Fiona, frustrated, uncrossed her legs and smoothed her skirts.  She opened her mouth but Grace was already speaking again.

“You know, if I give you, a complete stranger, the medicine, then anyone with a problem like yours will think they can simply come in off the street and get it,” she said.  “I can’t have that.”

Fiona looked at her again—the sphinx’s riddle.  She thought suddenly of the corners of the map, where monsters dwelled.

“But you took the appointment,” she replied.

No reaction.  Fiona twisted her lips.  A bead of sweat itched behind her shoulder blades, and the thick, perfumed air was beginning to make her feel slightly dizzy.  Time for the first ploy: damsel in distress.

Grace eyed her coldly. “No. And now you’re boring me.  Surely you’ve learned by now, in drawing rooms if not in greenhouses, that boring someone will not get you what you want.”

She got up, trailing her fingers in the fountain and crossed to the unkempt fern again, tutting at it and turning her back on Fiona.

Fiona’s heart dropped.  Defeat, then.  She put the vial down on the edge of the fountain and closed her eyes, trying to absorb what that meant, when—

“Try again.”  Grace’s voice rang out, even in the velvet greenhouse.  Fiona looked up, surprised.

“Because…Because I….have a rat to kill.”

Grace shifted where she stood, a little interested in spite of herself.

“Just one?” she asked, turning back to Fiona.

That startled a laugh out of Grace.  Fiona had her now.

And in one smooth gesture, she removed her right glove and rolled up her lace sleeve ever so slightly, revealing a greenish-tinted bruise, just fading.

Grace wasn’t at all surprised. If anything, she looked amused. She moved to Fiona, neatly rolled her sleeve back down, and tapped Fiona’s hand in acknowledgment.  Then she took the glass bottle from the edge of the fountain where Fiona had left it. She held it up to the light, tapped it, and smiled.