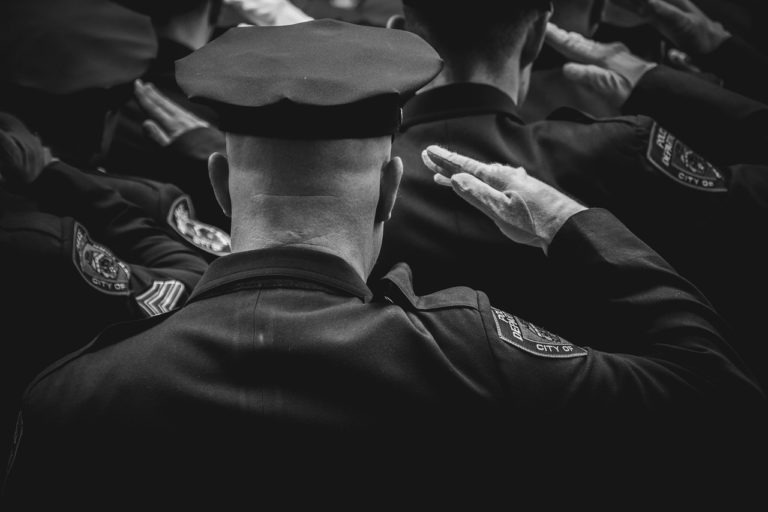 A Look At “Cops Lie!” By Leonard Love Matlick

Though Americans have always distrusted authority, our collective faith in civic institutions might be at an all-time low. From police shootings of unarmed African-American teenagers to the fact a man who has boasted of repeatedly committing sexual harassment and assault occupies the White House to numerous men in entertainment being accused of leveraging power and influence to cover up sexual misconduct, the last few years of American public life have seen radical changes in the way we perceive the nature of power and the extent to which our foundational institutions perpetuate abuses. Not that there’s anything new under the sun—after all, Donald Trump isn’t the first president to be accused of sexual misconduct, and as scandals like the torture ring Police Commander Jon Burge ran for twenty years in Chicago suggest, cops have been guilty of racist policing and violence toward Black Americans for a long time. But awareness of these practices has broken into the mainstream.

As its title suggests, Leonard Love Matlick’s Cops Lie! takes crooked cops and the untrustworthiness of the police as its subject. The novel centers around New York Police Department Detective 2nd Grade Tony Philadelphia, assigned to investigate a fatal car accident involving several fellow cops, two of whom have died, while one clings to life in the hospital. One of Tony’s many inamoratas, Angela, who works at Easy’s, the bar the cops were drinking at before the wreck, tells Tony that the cops in the car were “into a bunch of shit,” in particular, raiding drug dealers and stealing the drugs and money for themselves. Thus begins Tony and his partner Ed Longo’s quest to bring down the crooked “coffin cops”—so-called because they work out of what was once a coffin factory—a collar Tony wants to make so can he can be promoted to Detective 1st Grade. Longo, meanwhile, is biding his time so he can retire with his pension.

Tony learns that the “coffin cops” were into much worse than he’d imagined, including carrying out hits and laundering money for the Mafia. Though he has already moved on to another bartender at Easy’s, Claire, in the name of furthering the investigation, Tony falls into bed with Barbara Marino, a woman he knows from growing up in Brooklyn whose father and husband were both killed by the Mafia. Barbara helps Tony infiltrate the Mafia, and he and Longo try to bring down more than a hundred crooked cops at every level of the NYPD.

At its best, Cops Lie! seems to aim for an absurdist critique of contemporary American police that recalls Chester Himes’ Harlem novels or perhaps James Ellroy’s L.A. Quartet—or his exposés of the Kennedy administration. To paraphrase the epigraph of Ellroy’s American Tabloid, the real ethos of Camelot was look good, kick ass, and get laid, and that seems to be as true of the heroes in Matlick’s book as it is of the villains. Apart from the reportorial asides about police practices and corruption, the book keeps up a relentless pace, and Matlick seems to be aiming for a similar indictment to Ellroy’s of the ways in which the powerful crush the weak, often with support from the very institutions that are supposed to protect the least among us. In its sheer exuberance, momentum, and celebration of badness, in its finest moments, Cops Lie! does sometimes gets over. Like Ellroy, Matlick, we assume, is attempting to present a broken moral universe in which even the “good” guys aren’t entirely to be trusted, one in which the writer lays bare the mechanisms of power.

The problem is that the characters—and especially the women in the book—are presented without any nuance or attention paid to their motivation, and the fact that even its hero remains one-dimensional. Nearly every female character is described in terms of her figure—literally, her tits and ass—and some variation of the phrase, “she sucks like a water pump” occurs no less than five times in the course of the novel. No doubt a “good” cop like Tony Philadelphia can be casually sexist—but there’s a difference between depicting casual sexism and celebrating it. It’s one thing, for instance, to have your hero’s sidekick—who we’re ostensibly supposed to admire—boast of threatening to arrest women for indecent exposure unless they slept with him, as Ed Longo does, but quite another to assert that the women enjoyed being coerced into having sex with him.

Likewise, the novel’s device of having Philadelphia and Longo drive past random episodes of police brutality falls flat. The episodes seem tangentially related to today’s headlines: one involves a woman with the last name Garner whose brother was choked to death by cops, like Eric Garner, we assume; another an African-American tennis star based on James Blake. Though the maneuver recalls Himes, his Harlem novels evoked the complicated power dynamic that exists between different strata of oppressed people. Here, these episodes seem designed to confirm our suspicion that yes, cops are racist, and that no, while Philadelphia and Longo might be disgusted by what they see, they won’t do much to intervene—all of which is to say, they belabor the obvious.

One wonders, also, about the setting, which is contemporary. Yet, the novel’s descriptions of Alphabet City seem to belong to the 1970s, as opposed to the gentrified Manhattan of today.

In fairness, the novel’s exposé of abuse of police power is no doubt well intentioned, and the book’s excesses part of its critique of the hyper-masculine, racist world its characters inhabit. Yet at their best, Himes and Ellroy don’t sacrifice depth for sensationalism. Nor do they merely critique a broken system. Rather, by rendering fully developed, flesh and blood characters, albeit in very different ways, they explore the contradictions and complexities of institutional power, and in Himes’ case, racism. Not that every novel should rise to their high standards. But a critique of power can have a lot more bite when even flawed characters act like fully formed human beings.

A Look At “Hell Is Empty” By Craig Johnson