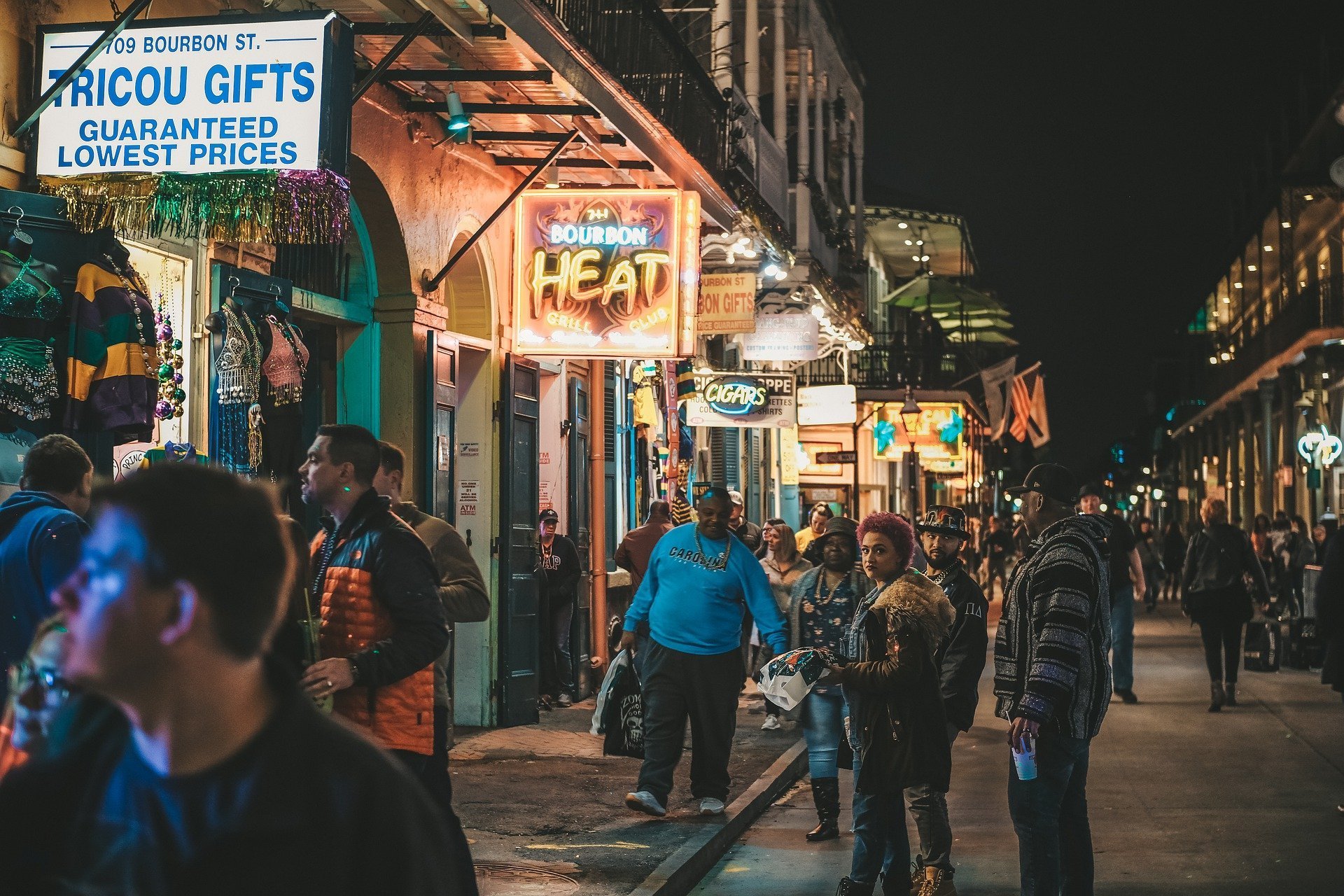 Laura Childs: I Tend To Get A Girl Crush On My Main Characters

When I write a mystery – whether it’s one of my Scrapbook, Tea Shop, or Cackleberry Club Mysteries – I tend to get a girl crush on my main character. In Mumbo Gumbo Murder, my newest release, I’m lovin’ on Carmela Bertrand. She’s my best friend, confidante, and alter ego (probably because she’s so dang brave!)

But Carmela didn’t just appear fully formed on the page. Nope. She came to life slowly and a bit dreamily during a week I spent in New Orleans taking part in all sorts of Mardi Gras parades and parties.

My husband had the proverbial “army buddy” who invited us to the Big Easy for that eye-opening, jaw dropping celebration. And was it ever amazing. New Orleans itself is an ethereal, slightly frayed city filled with grand architecture and bad behavior, so the whole Mardi Gras experience proved to be a wickedly delicious blend of parades, jazz, parties, and decadent food.

And as you might imagine, the residents are equally quirky. Which is how Carmela came about. The women I met in New Orleans were smart, confident, and loved (loved!) socializing and parties. So how could Carmela not be one of these clever New Orleans ladies who knew the perfect artisan to craft a one of a kind gilded leather mask for her?

And who knew that the best parties were not on Bourbon Street at all, but at the small Creole cottages in the Bywater and the Southern Belle Epoque mansions in the Garden District. As my literary Carmela evolved, she learned to sweet talk her way into the float dens to sip Abita beer and watch the krewes put their final touches on enormous, glittering floats. I decided that this is also a woman who would wear jeans to work but keep her heels and ball gown stashed in her desk drawer.

Because my Carmela is smart and savvy, she lives the proverbial New Orleans life. She owns her own scrapbooking shop in the French Quarter.

She’s divorced from banking scion Shamus Meechum, but because she observes Southern traditions and social niceties, manages to keep her temper when she crosses paths with her ex (whom all her friends acknowledge as the rat). Carmela also lives in the French Quarter in a tucked-away apartment in a palm-tree filled courtyard with a pattering fountain.

Because my Carmela is smart and savvy, she lives the proverbial New Orleans life. She owns her own scrapbooking shop in the French Quarter.

How does Carmela manage to get involved in every murder, crime, and misdemeanor in the Big Easy? And help solve them? She has a well-established network of friends, customers, gumbo shop proprietors, socialites, miscreants, and police officials. After all, New Orleans is a city that thrives on rumors, politics, gossip, scandal, and downright dirt.

All this – all that is New Orleans – served as my inspiration for Mumbo Gumbo Murder. The history and mystery of the city, the sinfully rich food, the chilling above ground cemeteries, the spookly legends and lore. It’s a rich broth of culture and sultry environs that has become a heaping pleasure, a fabulous resource, to incorporate into my writing.

As for the book itself – the plot – gather a bit closer and I’ll tell you about it. Mumbo Gumbo Murder opens during Jazz Fest in New Orleans with giant puppets from the Beastmaster Theater parading through the French Quarter. As Carmela and her best friend, Ava, enjoy the spectacle, a terrible crash echoes from Devon Dowling’s antique shop.

…the kind of book I love to do: jam-packing it with drama, outrageous humor, mischief, and bizarre characters.

Rushing in they find Devon collapsed with the only witness his small dog Mimi. Has he been shot? Stabbed? When the police arrive they realize Devon was stabbed with an ice pick. Upset by the death of her friend, Carmela decides to run her own shadow investigation, working behind the scenes to help catch this brutal killer. She looks hard at Devon’s greedy landlord, his young assistant, a fat cat art collector, and the mysterious president of the Vampire Society.

This is the kind of book I love to do – jam-packing it with drama, outrageous humor, mischief, and bizarre characters. Then I toss in a second murder to ratchet up the stakes and put everyone on edge. When I’ve added a few more twists and turns, I liberally sprinkle in some craft tips and delicious recipes for added fun. And because New Orleans has become such a top go-to spot for revelers as well as foodies, I pay extra close attention to my descriptions of food and famous landmarks. There you have it – Mumbo Gumbo Murder!