“Kraj the Enforcer” By Rusty Barnes: A Worthy Addition To The Unstoppable Tough Guy Genre 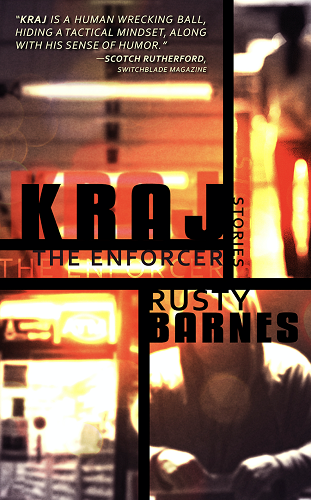 The hardboiled genre features its share of brutal antiheroes, men and women who are tough enough to take four bullets to the chest, shake it off, and then ram an exhaust pipe through their hapless assailant’s head.

The most prominent examples include Mickey Spillane’s Mike Hammer, a slab of misanthropic (and often misogynistic) rage; Richard Stark’s Parker, whose “operational pragmatism” extends to throwing potential witnesses down flights of stairs; and Jack Reacher, the giant of Lee Child’s ongoing series, who’s a big fan of pulping anyone who stands in his way.

You could add another figure to that bloody, illustrious list: Kraj, the anti-hero of Rusty Barnes’s “Kraj the Enforcer,” a novel-in-stories out from Shotgun Honey. If you’re not familiar with Barnes, he’s the editor-in-chief of Tough, a dynamite magazine of noir fiction, and the author of hardboiled novels.

If you’re not familiar with Barnes, he’s the editor-in-chief of Tough, a dynamite magazine of noir fiction…

The protagonists of his previous books, including Matt Rider of the “Killer From the Hills” series and Jason Stahl of “Knuckledragger,” are tough and practical as a pipe wrench; their approach to solving problems is often methodical, and backed up by a lot of firepower—not that it always saves them and theirs, in the end.

Kraj is a welcome addition. He’s “an identity thief, ex-graverobber and expatriate Croat” who also makes a lot of money as an underground brawler and criminal problem-solver. His toughness has a dark root—he’s the survivor of unimaginable horrors in his homeland, including having to witness the rape of his sister, Ana, during the Croatian War for Independence. But like many Eastern Europeans once crushed by the vise of history, he’s not without a dry sense of humor.

Throughout these stories, it’s that faint thread of humor—along with his fists—that gets Kraj through. How else can you keep your sanity when someone blows off your landlord’s head right in front of you? Or when someone sets a trap with rattlesnakes so you can’t raid their coke stash? Or when your next fighting-ring opponent is three hundred pounds of muscle and high-octane rage?

Like his other books, Barnes’s prose is lean and mean, especially when it comes to describing action. Here’s a representative gem:

“Kraj pointed the Glock but by the time he reached sight level the goon hit him hard in the shoulder with a set of brass knuckles. Kraj felt something give before he kneed the man in the stomach. He went down and the Glock spun a foot or two away on the newly polished dance floor. Kraj rolled left trying to get back on the concrete, where he could regain footing.

Barnes’s prose is lean and mean, especially when it comes to describing action.

He took a kick to the neck before he could get on his feet. Mikael came out from behind the bar with the cooler, a handled hunk of wood reinforced with a fat chunk of steel.”

Eat your heart out, Lee Child.

But unlike Reacher and many of his tough-guy ilk, Kraj isn’t invincible; throughout these stories, he bleeds from an incredible variety of wounds. You suspect that he’s going to make it through—he’s the protagonist, after all—but in the back of your mind, there’s the whisper that maybe he won’t. And that, in turn, adds a frisson that many of the books in the Unstoppable Tough Guy genre lack. 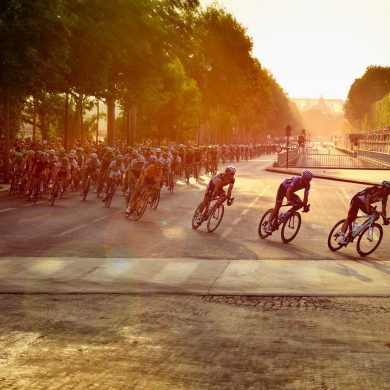