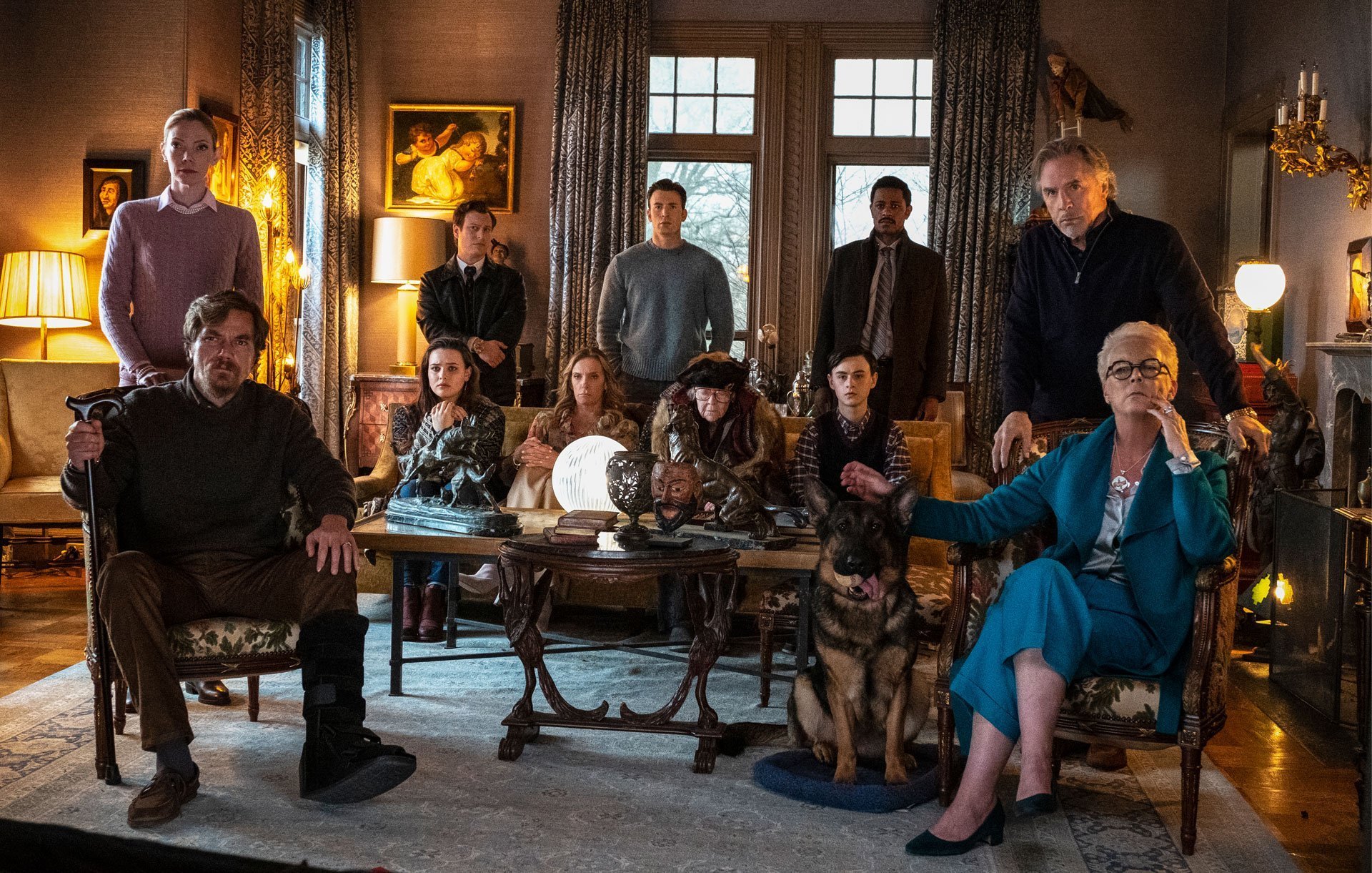 “Knives Out” Brings The Whodunit Into The Modern Era

You’re going to love Rian Johnson’s Knives Out. There’s probably a solid argument to be made this is all you need out of a review for the highly entertaining, star packed modern whodunit. After all, like almost every good murder mystery, part of the joy comes from trying to stay ahead of the twists and turns this sort of story tends to take.

And let me assure you, this film has its share of twists and turns, along with a renowned, and very much dead mystery writer, a Massachusetts mansion filled with creepy automatons and even creepier family members, a private detective who is unsure why he’s there in the first place,  a secrete passage or two, all wrapped in some of the sharp social and class commentary.

So yeah, you’re going to love this movie.

If you want to walk into this movie completely blind, feel  free to stop here and know you’re in for a delightful time, and maybe one of the best pure cinema experiences of the year. Moving forward, the review will tread lightly on spoilers, and serve to discuss a bit more of the background of the movie as well as how Johnson pays homage to the tradition of writers like Agatha Christie while at the same time pushing the genre forward.

Many of the ads and commercials for Knives Out pitch Rian Johnson as the director of The Last Jedi, which makes some sense considering that movie made a billion dollars, give or take, but Johnson’s entire filmography is a showcase for a someone who doesn’t so much dip his toes in other genres as much as cannonballs into them.

There’s Looper– a Jeremy Bearimy of a movie in which Joseph Gordon-Levitt and Bruce Willis play the same hitmen at different ages in their lives that meet (and try to kill each other) thanks to time travel shenanigans.

Brother’s Bloom is con movie which embraces its odd characters—Rinko Kikuchi plays Bang Bang, a silent Japanese demotion’s expert who I swear is based on Wiley E. Coyote—and a convoluted plot which somehow manages to hang together at the end.  And Brick, his first movie and first collaboration with Joseph Gordon Levitt, take the hard-boiled style of Raymond Chandler and transposes them to a high school setting.

All of his movies, including The Last Jedi feature Johnson’s knack for having multiple story threads going at the same time and never losing track of them, and this serves him well on Knives Out.

The film begins with the Thrombley family gathered to celebrate the eighty fifth birthday of Harlan Thrombley, a famous mystery writer played by Christopher Plummer. Plummer is fantastic in the role, imbuing Harlan with humor, disappointment and coldness. He is a man who can be loving and attentive to his nurse Marta, played by Ana de Armas (more on her later), while later telling his son he is firing him from running the publishing house he built up thanks to the books he wrote.

There’s a scene early on, where after a mix up with some vials, we get Harlan the writer, a man intrigued with details and rushing to get his notepad to write it all down to use in a future book.  It’s almost a shame that Plummer doesn’t get to be stick around through the entire movie, but his and Harlan’s presence is felt throughout—partly in thanks to an oil painting the rest of the family often turns to look at after the revelation of a plot twist.

All of his movies, including The Last Jedi feature Johnson’s knack for having multiple story threads going at the same time and never losing track of them, and this serves him well on Knives Out.

The rest of the Thrombley family are played by a list of well known and familiar actors, and all look like they had a hell of a time with their roles. Jamie Lee Curtis plays Harlan’s daughter, a woman who takes pride in having been a self-made success (long as we ignore the million Harlan gave her to start her realty business) and is married to Don Johnson’s Richard, who while making sure to say he doesn’t support the president, does feel the United States maybe needs an asshole like the president in.

Their son, Ransom, is played by Chris Evans, who wears his charm and knitted sweaters extremely well.  Toni Collette’s Joni is the flighty, social media obsessed and seemingly altruistic widowed daughter-in-law who Harlan still supports, while Michael Shannon’s Walt is Harlan’s eldest, a man who has been running his father’s publishing empire.

There’s also two grand children at opposite spectrums, Katharine Langford’s Meg who depends on Harlan to pay for her college and Jaeden Martell’s Jacob, who at point is called ‘a literal Nazi’ and tends to spend most of his time on his phone—complaining about all the SJW’s in The Last Jedi one can imagine.

Adding to the already large cast is Noah Segan and LaKeith Stanfield as Trooper Wagner and Detective Elliot, both called in to take statements for the whole family once Harlan is found dead in his study. Both men are good in their role, LaKeith having an easy-going charm which he’s used before in his roles in Sorry to Bother You and Atlanta, and Noah providing some of the biggest laughs thanks to Trooper Wagner clearly being a big fan of Harlan’s book and the genre itself.

If you’ve seen Steven Soderbergh’s Lucky Logan you know Daniel Craig has the ability to go beyond of playing a brooding secret agent who looks good in suits and/or speedos.  You might also know Craig has, let’s say interesting choices when it comes to Southern accents, two things he brings with him to Knives Out.

In lesser hands, Craig’s private detective Benoit Blanc would be a parody of someone like Hercules Poirot, and Rian Johnson has admitted that his first draft of Knives Out had Blanc be nothing more than a series of tics and quirks.  But Craig manages to reign in the character, Foghorn Leghorn accent and all. Our first glimpse of Blanc is in the background, sitting in an armchair and listening to each of the family member’s statement, chiming in not with words, but with the tinkling of a piano key.

That mysterious, subdued style gives way to the real Benoit Blanc, a man who is a lot more hands on than you would first thing, who will talk Donut Holes within Donut Holes to himself and listen to Sodenheim as a blackmail exchange is happening a few feet away from him.  One can only hope Johnson has plans to return to the character in films or books.

As much as the ads and commercials might lead you to believe that this is Daniel Craig’s movie, in truth Knives Out would never work without Ana De Armas’s Marta Cabrera.

Rian Johnson smartly uses Marta to gives us a glimpse into each of the Thrombley’s two-sided nature. Oh, they will embrace her, tell her she is part of the family, and promise to be there for her, regardless of what happens, but none of them seem to be able to keep track exactly which Southern country Marta and her mother emigrated from.  And despite being told she is a family member, Marta was not allowed to attend a funeral for one of the ir own—though each of the Thrombley makes a point to say they would have liked to have seen her there but was outvoted.

Here Ana gets to shine, as we see how she informs Marta’s interactions with each family member, switching from quiet outsider status when surrounded by all of them, to a more confident, relax confidante when alone with Harlan.

Going into this movie, my only concern was how unbalanced the cast and characters seemed to be in terms of diversity.  As such, the biggest surprise ended up being not the reveal of the killer, good as it was, but just how focused the movie is on commenting on our current class and social climate with the help of Ana De Armas’s Marta Cabrera as Harlan’s nurse and a woman who little by little sheds everything we think about her.

Her status as the daughter of an undocumented immigrant is more than just a plot point. We see her interactions with her mother and sister, and get a glimpse into their own lives, separate and far away from the Thrombley’s stately manor. It might seem like an incredibly small thing, but being able to watch Marta and her mother have a conversation in Spanish, without the use of subtitles or clunky exposition was an extremely nice addition and a trend I hope movies continue to follow.

Knives Out plays with our expectations through out the entire running time, and I hope Rian Johnson continues to do the same with each of his movies.

To read the collection of essays by Hector Acosta, please visit here. 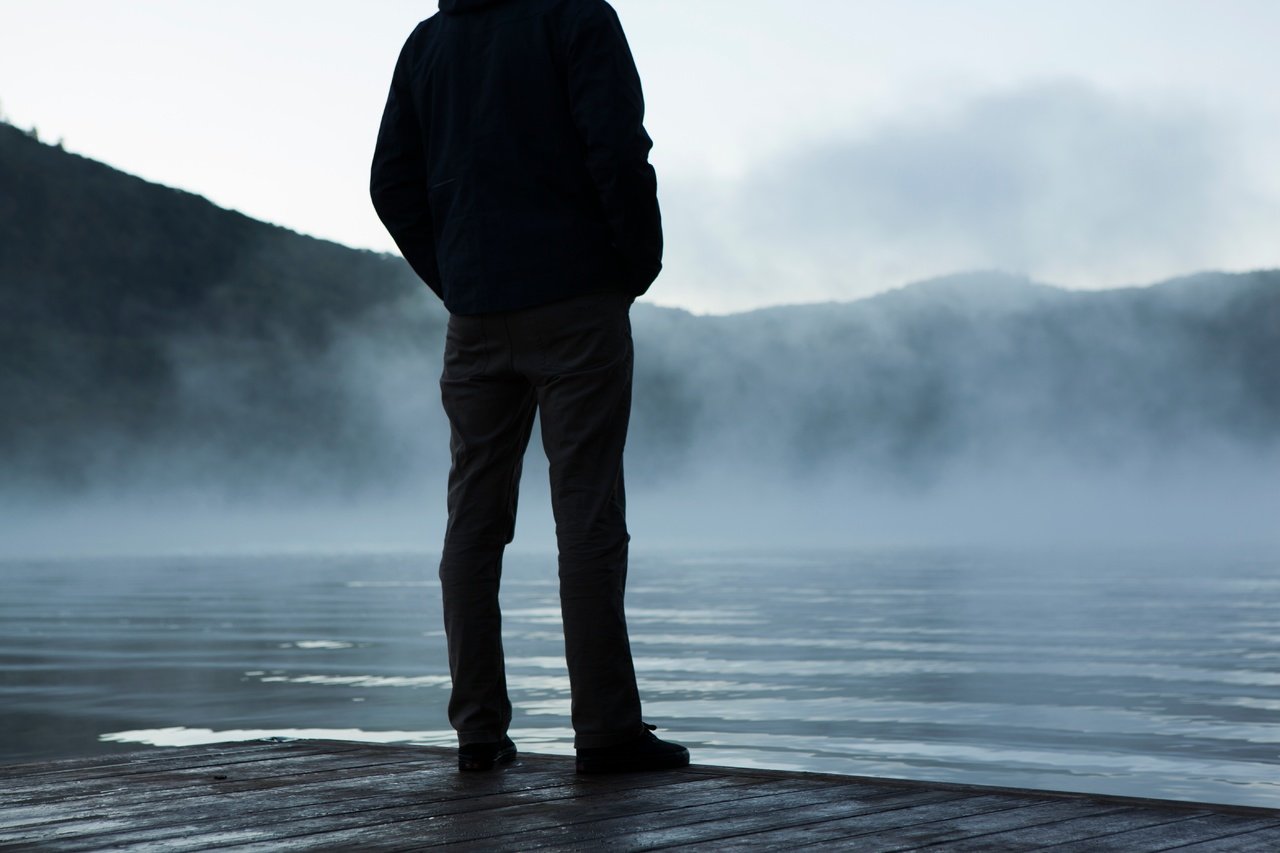