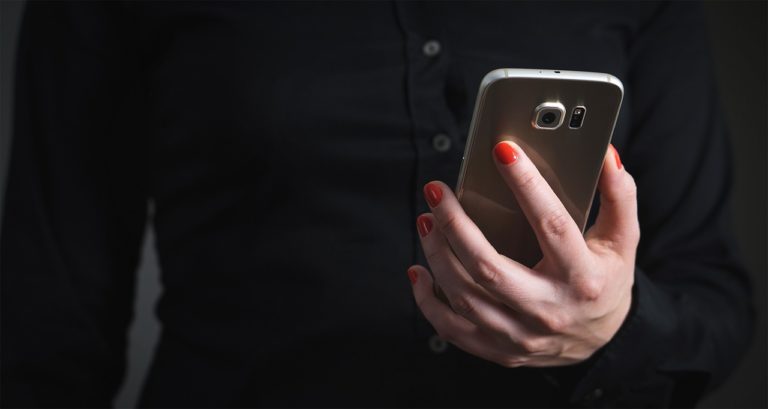 Nikhil Iyengar has lived and worked in Asia, Europe and the US. His science-fiction short film ‘Borrowed Time’ (Writer/Director) was screened at the New York MIAAC film festival. He was a Top 5 winner of last year’s Avex Digital International short film contest, and a finalist at this year’s Austin Film Festival Pitch Competition. He holds an MBA from the University of Michigan and lives in New York City.

“If Lucky Luciano were alive today, Uncle Tony, this is how he would order a hit. If Al Capone had gotten his hands on this app, Uncle Faust, he would have put away his baseball bat forever.”

Nico’s fingers zig-zagged across the iPhone screen as he continued demo-ing the killer app. The two Dons sat across the desk from him, Uncle Tony smiling indulgently, while Uncle Faust just drummed his fingers, already impatient for the next meeting. Pauli, sitting by the door, gun on his lap, just rolled his eyes. “Send ’em to a fancy college out west,” he grumbled, “and these are the kind of ideas they come back with.”

Though Pauli’s status had been elevated by his recent promotion to chief bodyguard, he would always be mid-tier. In the old days, when Nico’s father had been alive, Pauli would never have dared speak to him with so little respect. In the old days, Nico wouldn’t have had to wait a month to get a meeting with the three Dons—men whose suits he had personally wet at the age of two thanks to a box of leaky diapers. And in the old days, the third Don wouldn’t have dropped out of the meeting in the last minute with such a transparently fabricated excuse.

Focusing on the phone, Nico pulled a name up on the contacts list—’Ralph the Barber’. He swiped left. A red button appeared next to the name. He pressed down on it, but it refused to be clicked.

“Bystander protection – see?” Nico said earnestly, “No more worrying about innocent civilians getting shot at the barbershop. The cops won’t bother us if we’re only taking each other out.”

“So that’s all you have to do—swipe it with your finger, and they’re dead?” Uncle Faust had a cynical look about him. He had the same look when he had been finally acquitted on the one occasion he had come up in court. He would have the same look if he was handed the keys to the El Dorado.

“Exactly. One swipe, and BOOM! Clean, simple, no tracebacks”

Uncle Tony was straining to smile now. Uncle Faust swiveled his chair around, put on his glasses, and resumed reading Marcus Aurelius. Pauli sneered, considered, and then started laughing. He’d always been a little slow on the uptake.

Pauli continued laughing all the way from the door to the desk, heavy boots on soft carpet.

“You’re lucky you’re your late father’s son, kiddo. If I’d tried to pull a stunt like this, I’d be sleeping with next week’s sushi by now.”

He snatched the phone from Nico, and started rummaging through the app.

Pauli snorted, and continued to molest the spotless touchscreen.

He has sweaty hands, Nico noted, as he tried to retrieve the phone, but was swatted away by a bear like paw. Once, twice, thrice.

Nico turned towards the two Dons, an anguished look in his eyes. They looked bemused. Gotta fight for yourself, kiddo. There was a mirror on the wall, and Nico’s gaze fell on his reflection—boyish face, gelled back hair, sincere suit—and then on the broader scene: a youthful lamb encircled by middle-aged wolves.

Pauli had pulled up his own name on the contacts list. He convulsed again with laughter, looked up at Nico, past him to the Dons, and winked.

The red box appeared against his name.

Pauli chuckled and pressed down with a callused thumb. The smooth glass screen seemed to shiver.

A rustling sound started emanating from the phone. It grew louder, and merged with Pauli’s laughter, till the two of them were in duet, soprano and tenor, locked in harmony. Then Pauli let out a loud gasp, clutched his chest, and collapsed to the ground in an undignified heap.

The next few minutes were a blur. Marcus Aurelius fell to the floor with a leather-bound thud. Nico crossed himself, swore, and then crossed himself again. The two Dons fluttered about in panic.

Uncle Tony was gasping for water.

My pills. My pills.

Nico found himself helping Uncle Tony out of the study, and down the hallway. He sat him down in the kitchen, and handed him a glass of water, which to his surprise, was brushed away. Out of earshot of the study, Uncle Tony seemed to have staged a spontaneous recovery.

“So, this app of yours—how much do you charge for a hit?” The Don’s voice was calm, calculating.

Nico told him, and then showed him how he could pay instantly via a secure channel that couldn’t be traced back by the authorities.

Uncle Tony paid, took the phone, and pulled up Uncle Faust’s name on the contacts list.

He swiped. The phone rustled.  Uncle Faust’s name wobbled and then went still, scratched out by a thick red line.

“So much easier this way,” Uncle Tony beamed.

“Keep your gun handy,” Nico advised him as they made their way back to the study, “he’s a tough old nut, he might still be breathing.”

Uncle Tony pushed open the door and stepped inside, while Nico stayed a discreet distance behind.

Uncle Faust was standing in the middle of the study, gun drawn, fratricide burning in his eyes.

“You dumb double-crossing son of a bitch,” he growled, “the video intercom was on in the kitchen. I saw everything.”

Their guns went off simultaneously. A few times.

When he was sure they were both dead, Nico lowered his hands from his ears, made his way over to Pauli and injected him with a syringe. Pauli took a few minutes to revive, but was as fresh a rainwater sprinkled daisy by the time the third Don arrived.

With Uncle Tony and Uncle Faust dabbed out of the picture, the third Don was now the sole deputy and heir to Don Michael, the Don of all Dons. Pauli and Nico stood respectfully to the side as he walked around the study, surveying the results with a satisfied smirk. “Well done kiddo,” he said, “Your father would have been proud. I’ll pay you the second half of the money right now.”

“Anything else I can do for you, Uncle?”

“You sure can, kid. But first I gotta find out what Don Michael’s new phone number is.”