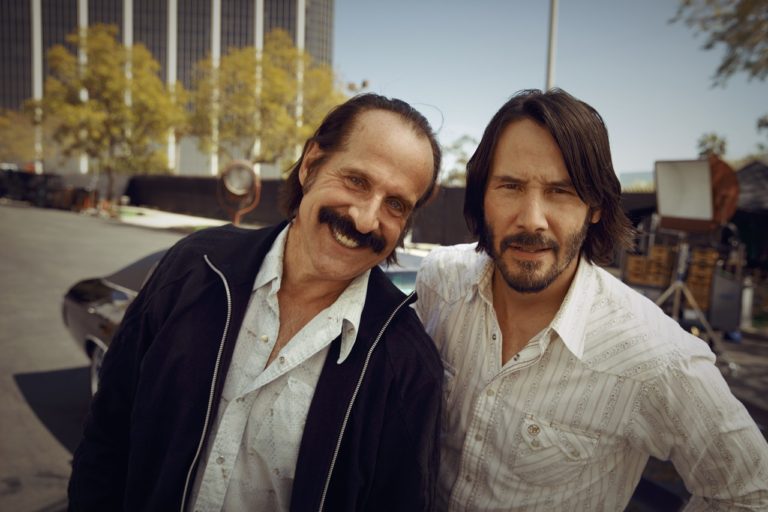 Swedish Dicks is going to be the first Nordic TV drama series to be distributed worldwide and even better, the series features Keanu Reeves and Peter Stormare in leading roles as well

Swedish Dicks is a part comedy and part drama series set in Los Angeles about Ingmar (Peter Stormare), a former stuntman who is trying to survive as a private investigator. His rather miserable life takes a turn when he meets Axel (Johan Glans), a former and not very successful DJ (see the trailer here).

Together they start the private investigation agency Swedish Dicks and tackle some of the strangest cases in LA. However, when Ingmar’s past catches up with him, they are forced to solve the murder of his old stuntman friend Tex (Keanu Reeves).

The premiere of the 10-episode first season of Swedish Dicks on MTG’s Nordic video streaming service Viaplay in September 2016 set a new Viaplay viewing record, and TBI Vision/Parrot Analytics named Swedish Dicks the most in-demand digital original in Sweden last year. Now, the series is going to be distributed worldwide by Lionsgate: In the US series will be available on Pop TV and it will reach more than 80 million households.

The distribution deal includes both the first and upcoming second seasons of the comedy-drama show, which features Keanu Reeves as a recurring star. The second season begins filming in Los Angeles in summer 2017.

“This is the first time that we have produced a show, aired it on our own services in the Nordics, signed a global distribution deal and then had a major US network deal ensure that it reaches millions of US households,” said Jørgen Madsen Lindemann, MTG president and CEO. “It just goes to show what is possible with relevant entertaining storytelling and a great cast. We have a whole pipeline of new original shows either in development, being shot or in editing, so we look forward to even more success stories in the future.”

“Pop has broken through with clever, character-driven scripted comedies featuring acclaimed talent in front of, and behind, the camera,” added Brad Schwartz, president of Pop.“Now, fresh off their blockbuster work together in Lionsgate’s John Wick: Chapter 2, we get to bring the amazing Peter Stormare and Keanu Reeves to television in this quirky procedural comedy about the best failed detectives Los Angeles has ever seen.”