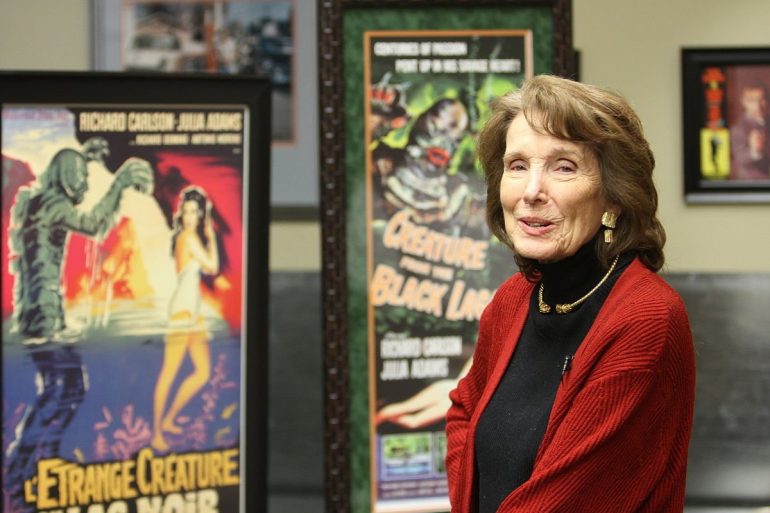 Julie Adams Of “Murder, She Wrote” Dies At 92

Actress Julie Adams, famous for her roles in “Creature From the Black Lagoon” and “Murder, She Wrote,” died this past Sunday in Los Angeles. She was 92.

Adamas was primarily active in television. She starred in a number of films in the 1950s, including Bend of the River and Creature from the Black Lagoon. But one of her more recent roles for which she was known for was playing Eve Simpson on Murder, She Wrote.

In 1999, Adams received a Golden Boot award for her work in Westerns. She was inducted into the Arkansas Entertainers Hall of Fame in 2000. At CineCon in 2011, Adams was honored with a Film Career Achievement Award. In 2012, she won the Rondo Award for the Monster Kid Hall of Fame at the annual Wonderfest in Louisville, Kentucky.

The 1954 cult classic, her most famous role, gained renewed attention when director Guillermo del Toro said the horror film served as inspiration for “The Shape of Water,” which won the academy Award for best picture in 2018.

Adams, along with her son, Mitchell, authored a book on her life and career, The Lucky Southern Star: Reflections From The Black Lagoon, which was published in 2011.