John Wick movies have developed a huge cult following in only 5 years and if you’re wondering why, it’s mostly because of superb character and world building and fun comics-like storylines.

The success of the movie franchise led to John Wick’s entry into other mediums and an official John Wick comic series developed by Dynamite Entertainment was announced in June 2016. Written by film director and comic book writer Greg Pak and featuring art by both Giovanni Valletta and Matt Gaudio, the first issue was released in September 2017. The John Wick comic series is a prequel to the original film from 2014. The series lasted for five issues.

Now collected into a single volume, John Wick Vol. 1 is a great pick for comics fans who are looking for exciting action thriller titles. In John Wick Vol. 1, a young John Wick embarks upon an epic vendetta, and subsequently comes up against a strange, powerful community of assassins and must learn how to master the rules that guide their lethal business. What are the Three Bills? Who is Calamity? And why is John Wick seeking vengeance?

Although the plot is not super-deep, the non-stop action and beautiful illustration and coloring will definitely hook the readers. 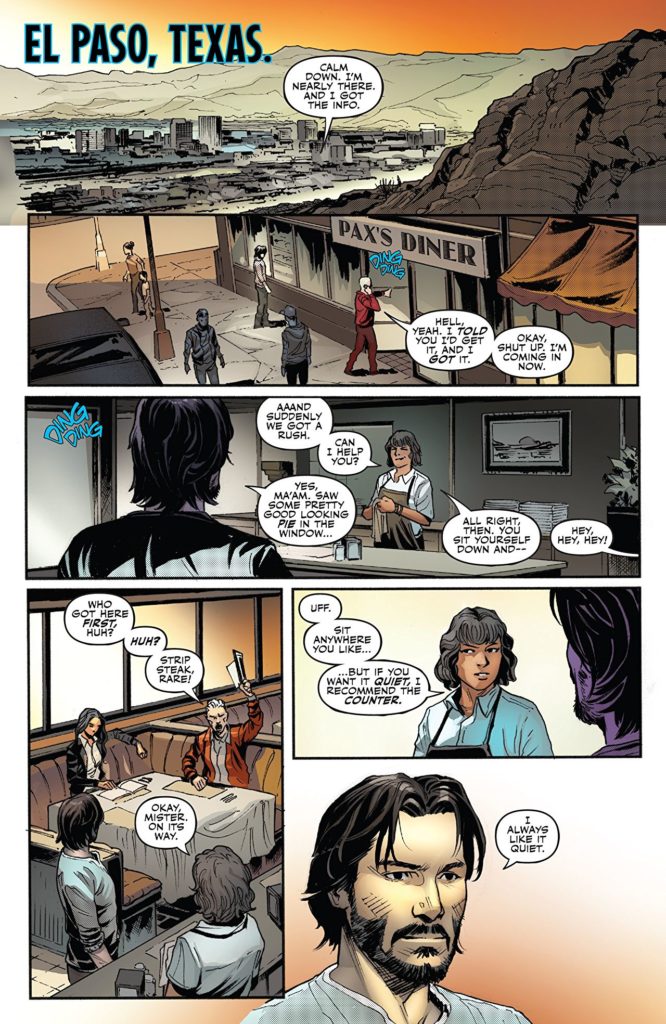 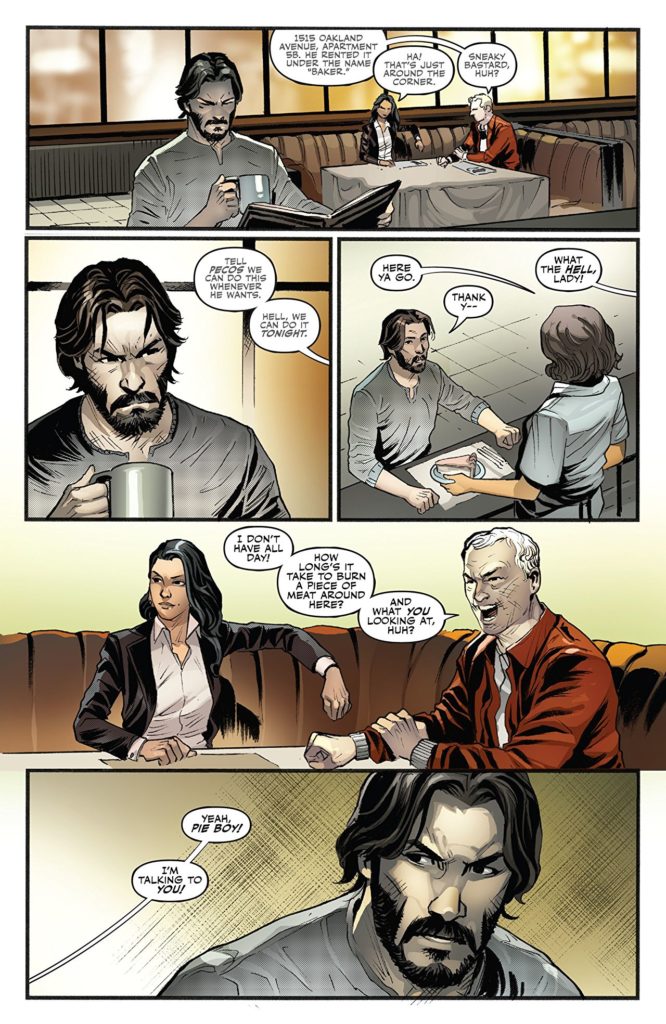 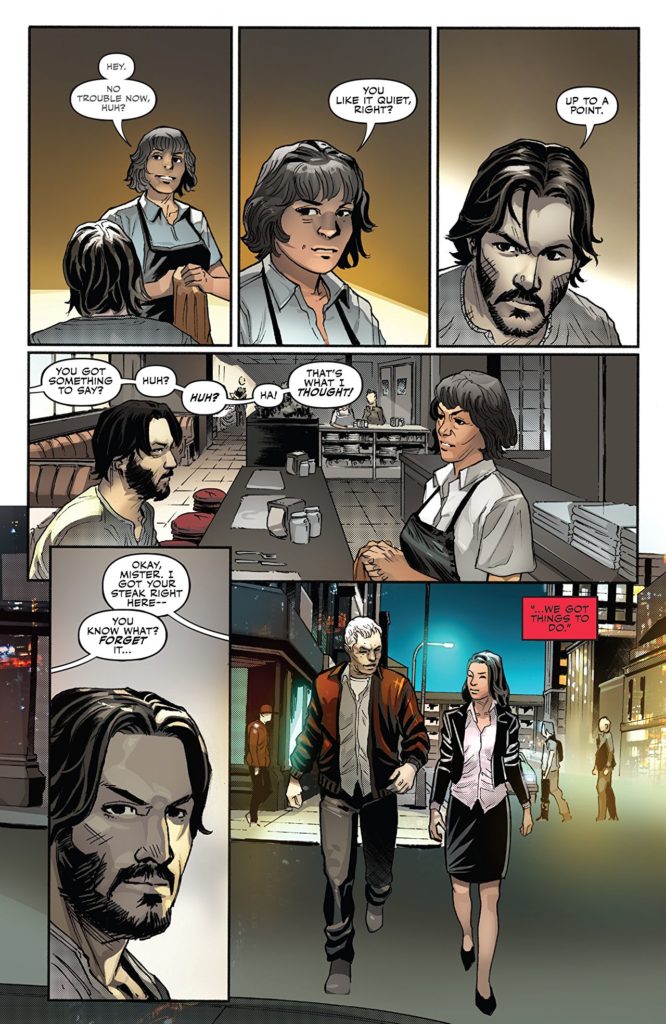 John Wick is an American action thriller media franchise created by Derek Kolstad and owned by Summit Entertainment. Keanu Reeves plays John Wick, a retired hitman seeking vengeance for the killing of the dog given to him by his recently-deceased wife.

The franchise began with the release of John Wick in 2014. This was followed by two sequels, John Wick: Chapter 2 on February 10, 2017, and John Wick: Chapter 3 – Parabellum on May 17, 2019. All three films were considered critical and commercial successes, with the series accumulating a collective gross of more than $587 million worldwide. A fourth installment, John Wick: Chapter 4, is currently in production and is set to be released on May 21, 2021.

In June 2017, it was announced that Chad Stahelski and writer Derek Kolstad were developing a television series for Lionsgate based on the characters and setting of the John Wick films, titled The Continental. The series reportedly focuses on the hotel safe-haven for hitmen and assassins, which features in the films. Later that year it was reported that Reeves would reprise his role as John Wick for the TV show. That same month, it was announced that the series would be a prequel to the film series.

In January 2018, the series was ordered and will premiere on the Starz network. Chris Collins will serve as executive writer and showrunner for the series, while David Leitch, Keanu Reeves, and Chad Stahelski will produce the series. Stahelski will also direct the pilot episode. COO of Starz, Jeffrey Hirsch, later confirmed that the television series will be a prequel that takes place years before the films.