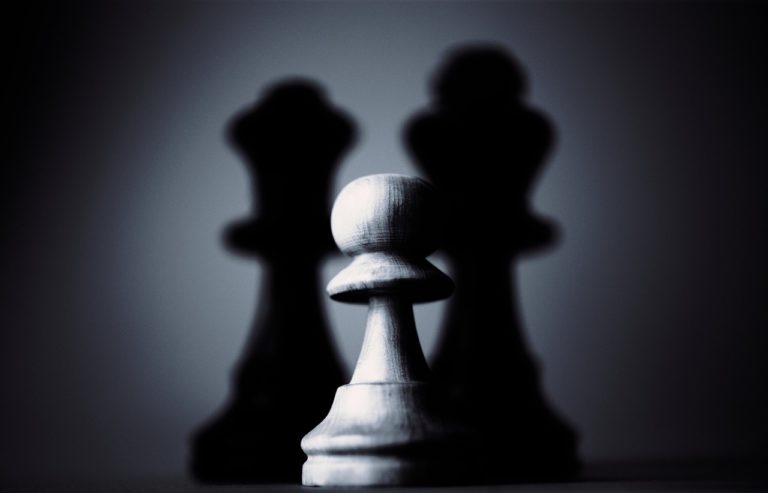 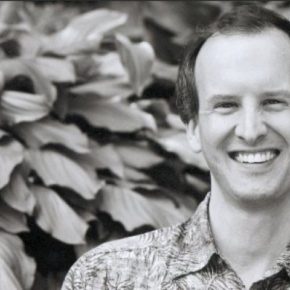 Jeffrey B. Burton received his BA in Journalism at the University of Minnesota and is the author of Agent Drew Cady mystery series including The Chessman and The Lynchpin. He is a member of the Mystery Writers of America (MWA), International Thriller Writers (ITW), and the International Association of Crime Writers. His latest novel The Eulogist will be released in fall of 2017.

I tell fans that I met my fictional FBI agent in real life.

Some years back I was managing a project and an FBI agent showed up unannounced to question me about an employee who had applied for an embassy position. The agent looked as though he’d been sent from central casting—about 6’ 1”, dark suit and dress shoes, mid-forties, dark hair with gray at the temples, and an intense stare that made me fidget. He asked about the employee’s personal habits, both on and off the clock, and even questioned me about the employee’s drug use and sex life.

The agent watched me squirm in my chair and repeat various incantations of “Don’t know. Sorry. Don’t know.” Finally, the agent gave a shrug and mentioned that these were questions he had to ask as part of the background check. Then he looked me in the eye and said, “You don’t like him, do you?”

I was stunned. Although I’d kept my personal opinion in check, the agent had picked up on my genuine impression about the employee (a cold fish who made no attempt at pleasantries). I wanted the employee to get the embassy position—which he ultimately did—not only because he’d be out of my hair, but, who knows, perhaps being an unpleasant SOB would be a treasured commodity in a setting such as Syria. Anyway, I got a hunch that there were not many ways a person could deceive this gentleman from the Federal Bureau of Investigation. I mumbled something to the effect of, “He’s not the most cordial of sorts, but there have been no problems. His work is spotless.”

So flash forward to when I began writing The Chessman, which is about an intuitive FBI agent who’s trying to claw his way out of the darkness and murk as the result of an investigation that went horribly awry and it occurred to me who I wanted to model Special Agent Drew Cady after…the agent who paid me a visit as part of a background check on a potential embassy employee all those years ago.

Whenever an idea occurs to me, I’ll jot it down on a piece of scratch paper and toss it in my idea drawer. Then I’ll let the idea ferment for awhile to frame the rest of the elements of the story. For example, a few years back I’d jotted down “serial killer in hot pursuit of his own copycat.” Originally it was going to be a short story, something along the lines of Poe’s The Cask of Amontillado, where the killer has caught his copycat and, whilst exacting revenge, explains exactly why the copycat should never have insulted him by stealing his M.O. But the story kept getting longer and longer, and eventually it grew into The Chessman.

I just might be the only author to have three books in a series published by three different publishers.

The Chessman was published by MacAdam/Cage. It got some good reviews, libraries snarfed up copies, and it went on to sell to Random House in Germany as well as to publishers in The Netherlands and Turkey. MacAdam/Cage had great success with novels like The Time Traveler’s Wife, but, sadly, MacAdam/Cage’s President—nice guy/great mentor—passed away in 2013 and MacAdam/Cage spiraled into bankruptcy in 2014 (twists and turns not only exist in mystery novels).

My second Special Agent Drew Cady mystery, The Lynchpin (serial killers and spies, oh my) was published by MP Publishing. Editors from MacAdam/Cage had jumped ship to MP Publishing and the manuscript had been passed along. They called, buttered me up, swore that MP was an up-and-comer with a thriving San Francisco office chock full of editors and publicists just a raring to go. MP’s maiden voyage had been a collection of essays by the likes of John Grisham and Pat Conroy. Did I sign? In a New York second. Three months later MP Publishing’s entire San Fran office quit in protest over issues they had with MP’s president. MP never recovered from this implosion and my book limped along with the two remaining MP clerks, both of whom also quit before the novel came out.

But third time’s a charm and my latest Drew Cady mystery, The Eulogist, has found a great home at The Permanent Press. I’m delighted, not only because of what their name implies, but because they’ve won numerous awards, many of their novels are critically-acclaimed, plus they published several early Reed Farrel Coleman novels.

In terms of working with editors, I’ve had the honor of having Ed Stackler edit both The Chessman and The Lynchpin. Ed edits all of Greg Iles’ novels. His insight is invaluable. Barbara Anderson edited The Eulogist. Nothing gets past Barbara. She spots continuity errors, typos, grammar issues, and other blunders like an owl scanning for mice. Both Ed and Barbara provided copious feedback, and, after calling my dog a few less-than-hospitable names, I rolled up my sleeves and wound up incorporating most-to-all of their edits, which made the mystery novels much better reads.

In 2015 I won the International Thriller Writers ThrillerFest’s Best First Sentence contest with: “Jennie chewed through relationships like a teething puppy.” As a result, bestselling author Grant Blackwood edited the first several chapters of The Eulogist. Grant had some excellent words of advice and I tweaked the book using each and every one of his recommendations. As for my winning sentence, a somewhat altered version of it appears in the novel.

I do an insane amount of research, right down to the make and model of the car a character drives to a favorite dish eaten at a restaurant that he or she frequents. For example, The Eulogist touches on a rather unique relationship—a most unusual friendship—between the president of Aadalen Pharmaceuticals and the east coast head of a Mexican drug cartel. They come to view each other as opposite sides of the same coin. I did a ton of research into Mexican cartels, and how they’ve come to dominate the US illicit-drug market. I also looked at the costs incurred in bringing a new drug to market…and with funds like that floating about, the table is all but set for murder.

So…what the heck is my latest mystery about? Let’s consult the jacket blurb:

FBI Special Agent Drew Cady is reluctantly drawn into investigating the assassination of a sitting United States Senator. Strangely, the senator’s death is linked to a murdered Baltimore junkie with an identical M.O.—a single stab wound to the heart and a typed eulogy left at the scene.

As Agent Cady deals with a professional hit man known only as the Canadian, a breakthrough Alzheimer’s drug, a misanthropic hacker, and a Mexican drug cartel, he peels back the layers of deceit and comes to realize that even the reddest of red herrings can bite.

And unfortunately for all involved, the killings have just begun.