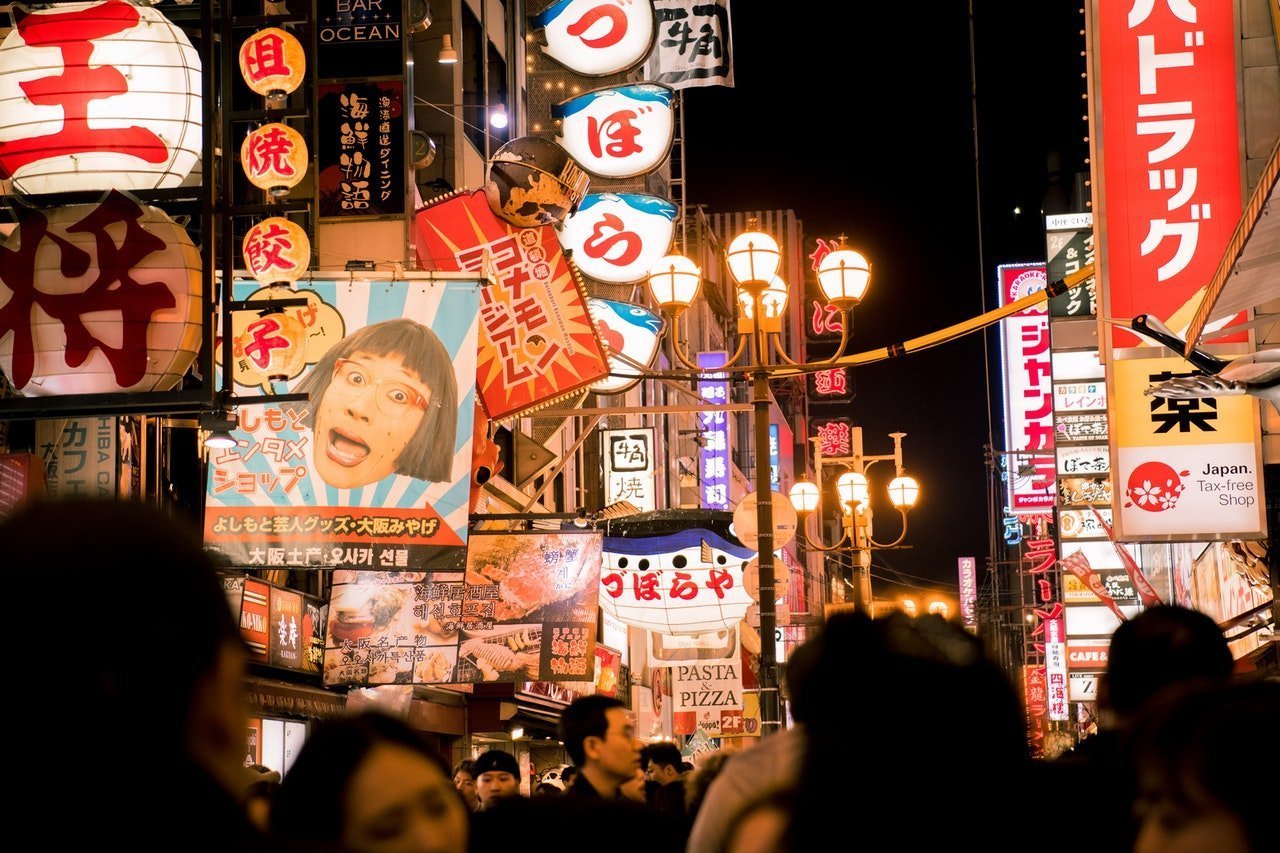 In twenty sixteen Six Four, described by critics as a slow burn Japanese police thriller, introduced English readers to the writer Hideo Yokoyama. Unlike most crime novels which focus on detectives, criminal investigations and violent crimes, his protagonist is Superintendent Yoshinobu Mikami, the Press Director in charge of Media Relations at Police Headquarters.

Asked to arrange a photo op between the Commissioner General and the family of a young girl who was kidnapped and murdered, Mikami finds himself drawn against his will into the unsolved, fourteen-year-old case. At the same time, he and his wife are searching for their own, runaway, daughter. Remarkable in its realistic depiction of the Japanese police force, as well as refusal to romanticize the role of law enforcement or murderer, the novel quickly became an international bestseller.

Unlike most crime novels which focus on detectives, criminal investigations and violent crimes, Yokoyama’s protagonist is Superintendent Yoshinobu Mikami, the Press Director in charge of Media Relations at Police Headquarters.

Yokoyama’s latest book, a collection of four novellas, returns to the fictional police precinct where Six Four was set and continues to explore the institutional dynamics inherent to the less glamorous departments housed at the titular Prefecture D.  Personnel, Internal Affairs, the Female Officers’ Section Chief and the Secretariat (Political Liaisons) might lack the lurid sexiness readers have come to associate with the genre, but each department has its own stories to tell.

Police inspectors are undoubtedly the heroes of fiction. Armed with brains and muscle, they are the face of the organization, as they occupy the front lines. In many ways the image is accurate, the only difference being that, in real life, inspectors grow old. Those who make the rank at a young age naturally set their sights on becoming superintendent. The transition is necessary for anyone who wishes to approach the inner circle of the force, giving them more troops to lead and affording more opportunities to spearhead real change. It is only after you make superintendent, for example, that executive positions such as captain in district, or division chief in HQ, become available.

Prefecture D is a collection of four novellas. The first, Season of Shadows, sees the return of Inspector Shinji Futawatari of Personnel, who was instrumental to events in Six Four. (Translations have a frustrating habit of being published out of their original order.  Prefecture D was released in Japan in 1998, under the Japanese title Kage no Kisetsu, and won that year’s prestigious Matsumoto Seicho Prize.  Six Four, or Rokuyon, came out fourteen years later in 2012.

The order of their publication in English has been reversed. But in Six Four Futawatari is still an inspector, while in the novellas he’s been promoted to Superintendent. In fact, in the novellas Futawatari is referred to as “the ace” in part because he is the youngest officer to make Superintendent at Prefecture D. Based on this, we can assume Prefecture D is set after Six Four despite having been written first.  And yet, the character is less self-assured than readers might remember him in the novel.

This could be unrelated to the timeline. In Season of Shadows, we are seeing the world from Futawatari’s point of view, are privy to his inner thoughts and worries, whereas in Six Four and the other three novellas we only get to know him through the eyes of his colleagues. Rest assured, none of this will affect your enjoyment of either book, but it is the sort of thing that keeps me up at night.)

When a high-ranking and legendary detective refuses to retire, now Superintendent Futawatari is sent to figure out what is at the root of the man’s unusual behavior and, ultimately, try to change his mind. Personnel is a powerful position, in charge of promotions and transfers. But months of planning – Futawatari likens organizational charts to complicated puzzles — can still be undone by one rogue agent. If Osakabe doesn’t retire, his current position will not open up for another officer awaiting promotion, causing a domino effect through the ranks. Politics and relationships are paramount in Yokoyama’s work. Each character is a wooden Jenga block. If someone fails to play his or her part, the entire tower crumbles.

In Yokoyama’s hands, this kind of low stakes mystery carries a surprising amount of psychological tension and suspense. Some of this has to do with all the running around and visiting the characters do as they try to figure out what is going on. More so, the importance the protagonists place on doing their job well allows us to buy into their anxiety. Inside the front and back covers of the British edition of Prefecture D, published by riverrun books, is a closeup of a beautiful young woman’s face with the words “Never Lose Face” stacked over her lips. This tenet of Eastern culture is the driving force behind the actions of everyone we meet. What that means is different for different people. We invest in their successes and feel disappointed by their failures, both physical and moral, because we recognize our own humanity in theirs.

In Yokoyama’s hands, [a] low stakes mystery carries a surprising amount of psychological tension and suspense.

In The Briefcase, an ambitious Secretariat officer discovers a politician’s plan to shame the police force during a question & answer session after an upcoming cabinet meeting. As Tsuge rushes to uncover what embarrassing question the politician plans to lob like a grenade, he exposes his own vulnerabilities and weaknesses. Eventually learning that the man’s target is not what, or who, he’d been led to believe.

Because they relate to, without relying upon, each other, the novellas function like episodes in a long running television series. Characters appear, briefly, in one another’s stories, in the same way they would cross paths in the workplace. We experience the world from a specific character’s point of view, only to understand later how their colleagues perceive them.  Such is the case of Inspector Shindo. An anonymous letter is sent to Internal Affairs accusing the Division Chief of Public Safety a Station Q, Yoshio Sone – a solid officer at the end of a long, if not particularly distinguished career – of having an illicit mistress, a mama san. The accusation of impropriety alone, if leaked, could destroy the man’s last opportunity for promotion. Shindo, who feels he has been shelved away after returning from a medical leave, decides to conduct a discreet investigation. This act of empathy will have unexpected repercussions for both men.

Shindo also makes an appearance in The Briefcase. Tsuge goes to him for information and help. They meet on the rooftop.

Shindo walked into view. He stopped and lit a cigarette… There was something in his voice that suggested he’d started to let go. It was harder, since the operation on his stomach and his subsequent transfer to Internal Affairs, to see in this man the high-flying officer from Security. He looked as though he’d grown old suddenly. Maybe he’d given up on his aspirations to reach the top. ‘Now, tell me what’s so important that you had to call me up here.’

Shindo advises Tsuge to go to Futawatari for information. Tsuge, proud and jealous, disregards his advice.

Each of these men and women struggle to find their place and advance their careers. In the case of Section Chief Nanao, who oversees the female officers, she is “the only female officer in the Prefectural HQ who was ranked inspector. She was elder sister and mother to forty-eight women, a number that was greater than the total headcount of some of the smaller stations in the district.” Spread thinly across the force, a familiar sexist scenario occurs. The women are often dismissed or treated as mere tokens by their male colleagues. Their careers are considered a brief interval before they marry. So, when a promising and dedicated young officer under her charge fails to show up for work, Nanao goes looking for her. The evidence tells two, conflicting stories, but Nanao eventually pieces together what happened. And proceeds to take steps to prevent it from happening again.

Jonathan Lloyd-Davies, who translated both Six Four and Prefecture D, has given us another engaging, if somewhat subdued, translation. Though an excellent translator, his choices are not particularly emotive, and the overall tone of the text remains level even as tension and emotions ramp up. In the end, the consistency he maintains between the novellas and the novel, an achievement in itself, make this a minor quibble. But one worth noting.

…why these books have gained a large international and multi-cultural audience [?]. It’s a subject everyone can relate to – the pathos of middle management.

Yokoyama is preoccupied with workplace dynamics the way Kazuo Ishiguro is obsessed with genre. His only other novel to be translated into English, Seventeen, takes place almost entirely in the newsroom of a small regional newspaper, The North Kanto Times. It follows the journalists as they cover the crash of Japan Airlines Flight 123, which happened in 1985.

In both the newsroom and the Administrative Affairs Department at Police HQ, Yokoyama has found the perfect microcosms in which to explore his bureaucratic dramas. Yet he understands that the existential crisis his character all experience, in one form or another, exists independent from the procedural plotlines he has creates. They are part of what makes us human. Which explains why these books have gained a large international and multi-cultural audience. It’s a subject everyone can relate to – the pathos of middle management.