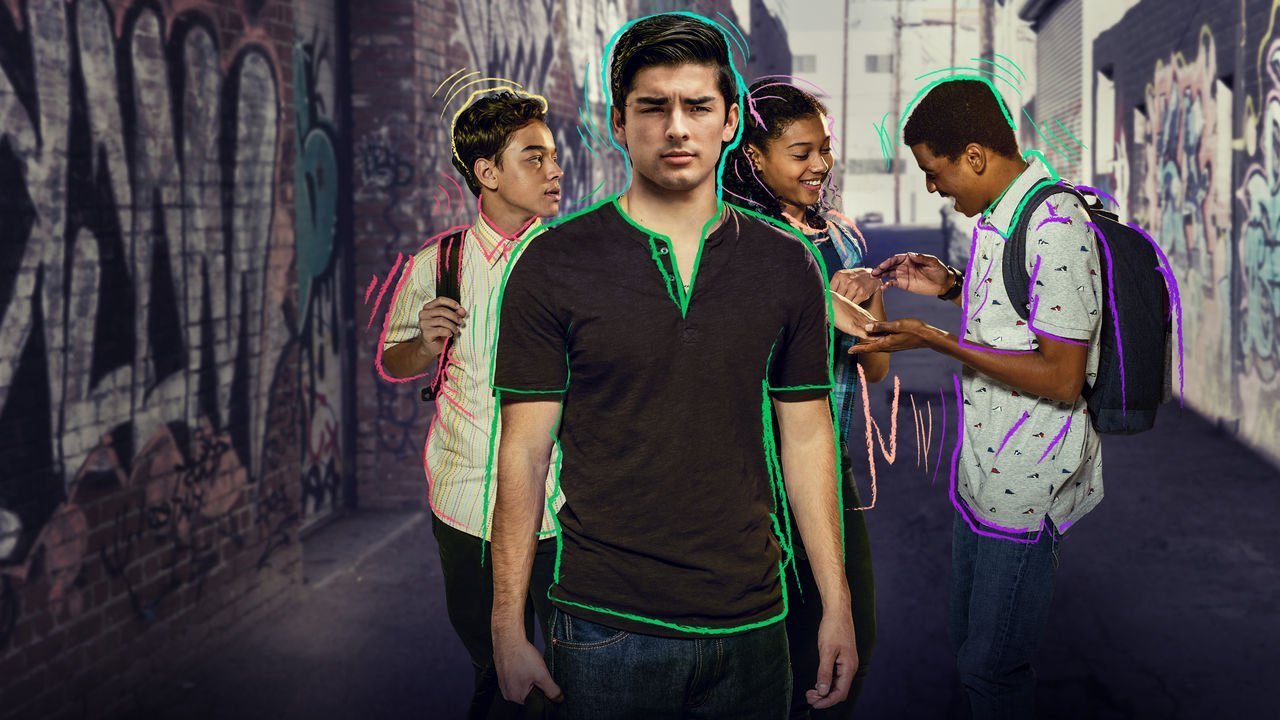 On My Block didn’t make much of a splash when Netflix released the show’s first season last year. Considering the amount of quality and ‘prestige’ programming being released both via streaming and on-air channels at what feels like an hourly basis (Look for my list of best crime shows found on the WWE Network to pop up on here soon), this half an hour dramedy, featuring a cast of mostly unknown, young actors and very little marketing push, seemed to fly under most people’s radars. Especially crime fiction fans.

Which is a shame, because as anyone who’s give the show a watch will tell you, On My Block is a funny, real, dramatic, uplifting and occasionally violent look at the lives of four teenagers in South Central Los Angeles. Created by Laura Iungerich, Eddie Gonzales and Jeremy Haft, the show centers almost exclusively around the fictional neighborhood of Freeridge, L.A. Despite the fictional setting, one of the show’s greatest strengths is how real and familiar the characters and world all feel. The show embraces a diversity sadly not often seen in prime-time television, with its main cast of young actors a mix of different ethnicities and cultures.

The cast revolves around five friends all getting to start their first year of High School. There is Monse (Sierra Capri), a smart, take charge African-Latina tomboy raised by a single father, who wants to grow up to be a writer and tends to be the de-facto leader of the group.

At the start of the show she has started a potential relationship with Cesar (Diego Tinoco), a thoughtful and quiet boy who is struggling with having to follow in the footsteps of his recently released from jail older brother, and the leader of Los Santos, the feared neighborhood gang. Getting Cesar away from his brother and the gang life is one of the running plots of the show, and is spearheaded by Ruben ‘Rudy’ Martinez (Jason Genao), who might be the smallest in stature of the five, but you wouldn’t know it based on his mouth. 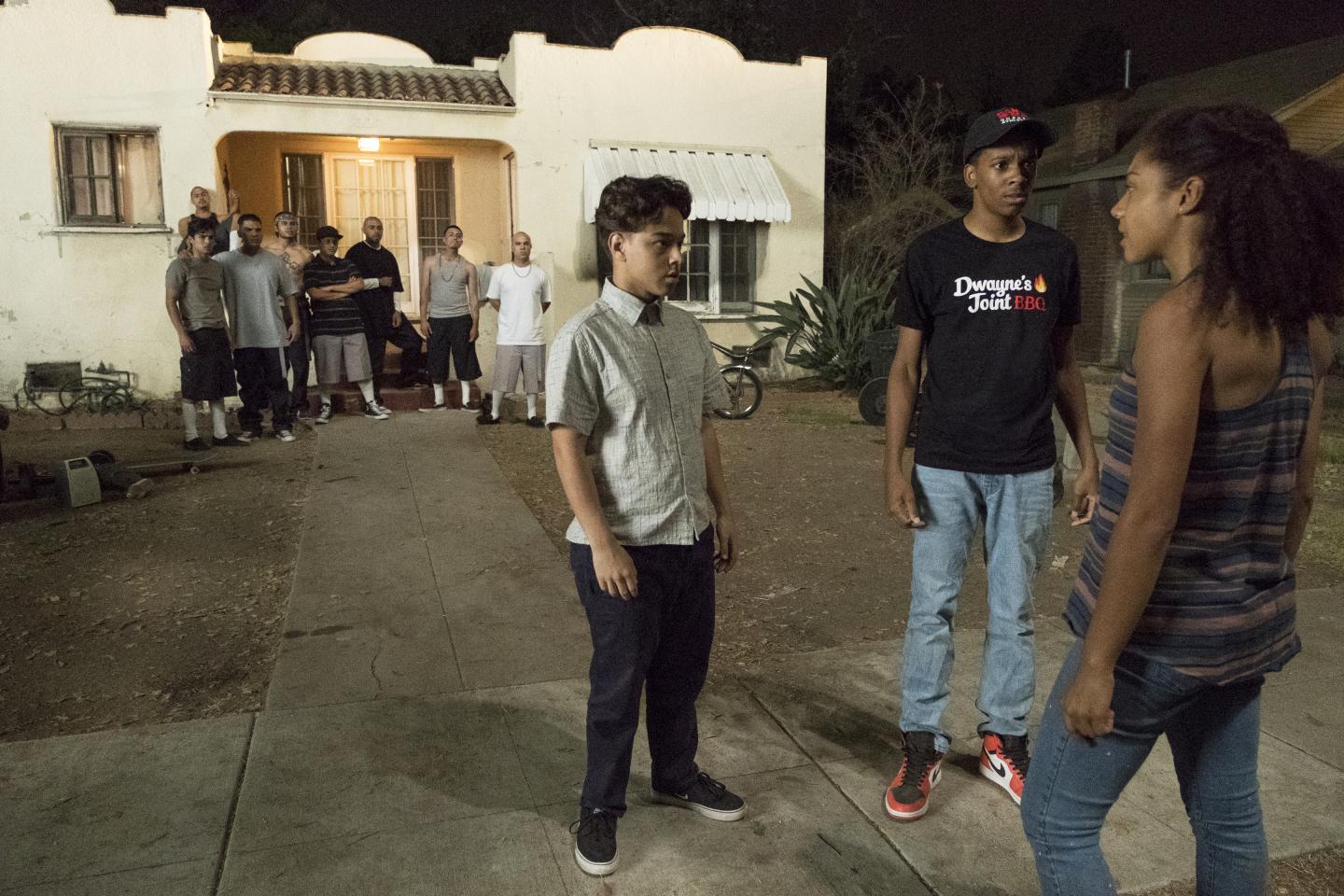 Most of his story focuses on having to contend with Olivia (Ronnie Hawk), a friend of Ruby’s family, and someone he develops feelings for, moving in with the family when her parents are deported. Rounding the cast is Jamal (Brett Gray), who is hiding the fact he quit the football team from his sport obsessed parents, and ends up getting swept into a Goonies-like adventure that has him running around the entire neighborhood in search of the long-rumored score of a famous robbery gone wrong.

There’s also the bubbling gang war between Los Santos and rival gang wars, the violence the five are accustomed too, and normal teenage events, like a Halloween party gone wrong, the excitement and apprehension of their first High School dance and how Ruby’s family will be able to afford Olivia’s upcoming Quinceañera.

These are a lot of plot threads for any show to handle, but somehow, On My Block manages to do it, weaving in and out of story lines, resolving some of them while also upping others. Even more admirably, the show does it while bucking Netflix’s most odious trend of dragging things along too many episodes.  On My Block’s first season is ten, half an hour episodes with most of them flowing from one to the other without any needless interludes. This is probably one of the factors as to why back in January, Netflix announced it was the most bingeable show of 2018, meaning that the people who did On My Block, were enticed to keep watching episode after episode at a greater rate than any other of Netflix’s content.

[there] are a lot of plot threads for any show to handle, but somehow, On My Block manages to do it, weaving in and out of story lines…

On My Block embraces the reality of the lives of its main cast, in a way a lot of shows featuring teenagers fails to do so. There is a youthful exuberance and wit not only to the core cast, but also the supporting characters, such as Rudy’s bong toking grandma that is hard to resist.  But to its credit, the show also never shies away from showing the struggles and ugliness which people of their same skin color and income level face every day.  Olivia’s interactions with her parents all take place over the phone or via skype, as her family is confronted with the divide caused by deportation. Rudy is forced to share a room with the aforementioned grandma due to room limitations, and Monses often has to contend with being home with herself as her truck driving father is often on the road in order to make a living.

And then there’s the ever-present violence of the neighborhood, which is not so much a hanging threat as a sixth cast member. The show begins with the group having to flee from a house party when someone draws a gun and starts shooting, and later in the same episode, there is a gang initiating a new member by beating them into submission, all happening in the background as the kids walk to school, not oblivious to the act, but simply used to it.

One of the things which Netflix doesn’t often get recognized for is bringing new voices and faces to the entertainment table.

All of this sounds like heavy stuff, and it can be, but to everyone’s credit, the violence never sinks the show. It is part it, especially as the show comes to its cliffhangerish last episode, but it’s never its focus. The show delights in shifting the tone even within the same scene. It can go from uplifting to melodramatic to gut busting funny, and the big reason it works as well as it does is because of the writing and the talent of all the cast. A big credit also has to go out to the set designers of the show, who make every location feel lived in and familiar.

One of the things which Netflix doesn’t often get recognized for is bringing new voices and faces to the entertainment table. However, the voices sometimes still have difficulty being noticed—another great, and similar show One Day at a Time has been on the bubble every season—and for a while I worried we would only get one brief, wonderful season of On My Block. Thankfully, not only did Netflix announce a second season, but it’s schedule to drop later this month, meaning you have enough time to get all caught up.

Because come on, you don’t want this to turn into another Terriers situation, do you?

You HAVE watched Terriers, right? 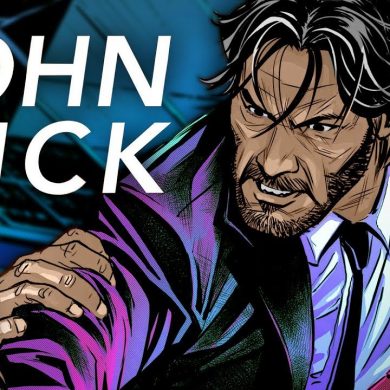