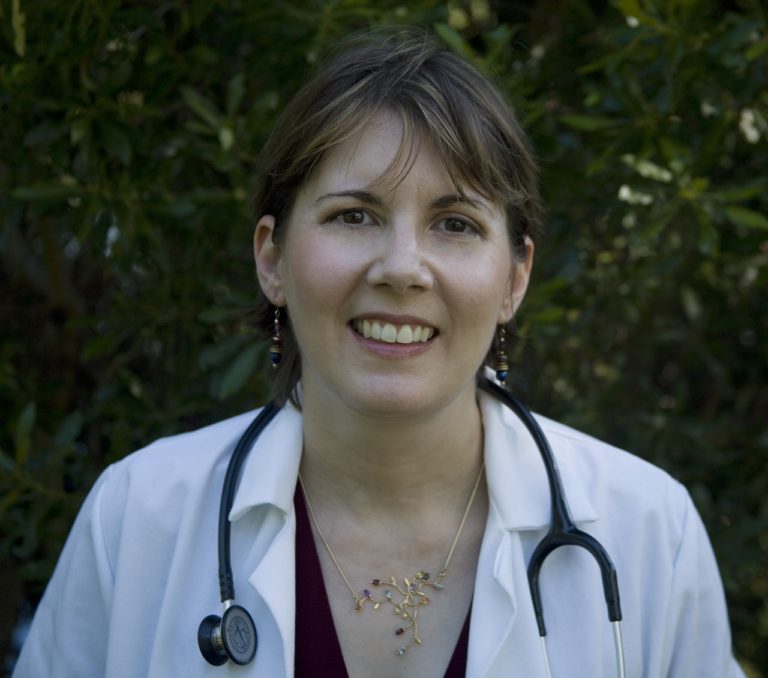 As a pediatric ER doctor, New York Times and USA Today Bestseller CJ Lyons has lived the life she writes about in her cutting edge Thrillers with Heart. CJ has been called a “master within the genre” by Pittsburgh Magazine and her work has been praised as “breathtakingly fast-paced” and “riveting” by Publishers Weekly.

CJ Lyon’s new thriller Blood Stained, released in February 2012, was an instant Top Seller and that became a motivation to have a Q&A with the author to talk about the female heroine of her books, her inspirations, and her upcoming books.

What was your inspiration for the character of Lucy Guardino?

CJ: I was tired of reading thrillers featuring female FBI agents who were driven by angst, fleeing demons, fighting addiction, stalked by serial killers, or with dark, forbidden secrets, etc–all things that would never allow them to do their job effectively in the real world.

As a woman who has always worked in a male dominated field (Emergency Medicine), I wanted to create a main character I could relate to. Someone facing the same kind of struggles balancing work and family and who was “real.”

So, I thought, why not go as real as it gets? How about a Pittsburgh soccer mom, who has a loving and supportive family? No angst, no dark past, no addictions or demons…Just the very real need to do her job the best she can while also giving her family as much love and attention as possible.

Of course, I can’t go too easy on her, so I give her the worst possible job, tracking pedophiles and sex offenders. The fact that she happens to be good at it only makes her life more complicated because she fights a constant battle of protecting her family from her work.

She seems to have a reckless attraction to confronting her fears, right?

CJ: Wow, great question! I never thought of it that way, but yes, she is most definitely someone who always confronts her fears, refuses to let them just lie there sabotaging her life.

Part of that comes from me–my entire life has been about facing down fears, both physical ones like flying in helicopters to go get patients or facing off with drunk gang-bangers in the ER, but also emotional fears like finding the courage to make a leap of faith and leave medicine to write full time.

The rest comes from my deep-seated belief that heroes really are born everyday…and re-born with every obstacle and fear that we face. That’s what all of my Thrillers with Heart are about: finding the courage to change the world, one person at a time.

Of course, I haven’t been as successful as Lucy in conquering my fears. Every book still leaves me quivering in panic that I’ll disappoint my readers. Yet, I keep on writing them, even when they take me into deep, dark places like BLOOD STAINED did. That book was as painful for me to write as it was for Lucy to live through.

How did you do the research for the novels?

CJ: I was lucky enough to meet a FBI Supervisory Special Agent who was teaching at Quantico and invited me to stay with her family as well as visit the FBI training academy. The academy was a blast (I even got to teach part of a class on interview techniques!) but the best part of the visit was meeting her very normal, very nice husband and kids and watching her do her job while living a life without the melodrama of “demons chasing her” like the usual thriller FBI character.

Then I interviewed several more FBI agents, both male and female, who worked crimes against children–which was one of my specialties as a Pediatric ER doc. Just like me, they fought to keep their cases and their feelings for their victims compartmentalized so they didn’t spill over onto their families. But they also realized the importance of doing this work–a job no one wants to do because it does hit so very close to home with each and every victim.

Those experiences, combined with my own seventeen years practicing medicine, gave me a good start on the world of Lucy. The rest was just filling in details of her cases. In both SNAKE SKIN and BLOOD STAINED I used real life cases as the inspiration for the crimes at the center of the stories.

What was challenging about writing Blood Stained?

CJ: BLOOD STAINED was the toughest book I’ve written to date because it dredged up so many memories and feelings from my own work with victims of violence.

I hate when thrillers depict violence (especially violence against women) in a gratuitous, almost “titillating” manner, such as opening a novel with a rape or torture scene in the point of view of the victim to “grab” the reader. It does an injustice to the reader and to real life victims. Plus, as a writer, it’s clichéd, taking the easy way out.

If I was going to depict these dark, twisted crimes, it had to be about the impact on the characters. I wanted readers to read these scenes and feel as if they were living through the experience of a professional law enforcement officer who has to deal with this every day in an empathetic fashion while not allowing their emotions derail their work.

It was a very tough balancing act. I think I pulled it off, both by using an immature character’s point of view in Adam, and by using the victims’ own words describing their abuse during police interviews.

I hope by going the extra mile to not use the clichéd serial killer torturing his victim scene, that I served the victims I’ve worked with and honored my readers, allowing them to appreciate the pain in a way that propels the story forward but also makes them empathize with what real life victims have suffered as well as challenges facing the professionals who work with them.

CJ: I’m a hermit at heart, an absolute introvert. I write alone in either my office or my home, basically wherever I can work on my laptop with peace and quiet and no other people in sight. Well, the quiet is optional–most days I listen to kick-ass, head-banging rock. The driving beat keeps me typing fast and furious, lol.

CJ: I hate this question because there are too many to list! The writer who most influenced me growing up is probably Ray Bradbury–he taught me that stories are more than words on a page, they’re about evoking emotion using all the senses, drawing the reader in so that they’re fully engaged with the characters. He’s the reason why I write Thrillers with Heart.

CJ: The best writing tip I have is one that Jeffery Deaver shared with me early in my career. He told me to think of the reader as god. Meaning, that if I was pursuing this as a career, then I had to know how to keep my readers happy while still surprising and delighting them. I’ve taken his words to heart and they form the basis of every decision I make while revising and planning my books.

CJ: BLACK SHEEP, the sequel to my #2 New York Times bestseller, BLIND FAITH, which is scheduled for its paperback re-release July 2012.

It’s fun, because the main character is also an FBI agent, but Caitlyn is younger than Lucy and still struggling to learn from her mistakes. She’s also very much a loner, unlike Lucy who is a people person, so Caitlyn doesn’t have the support system Lucy has.

In fact, after barely surviving with her life in BLIND FAITH, in BLACK SHEEP Caitlyn will return to her hometown in rural North Carolina and be forced to confront the truths behind her father’s suicide 25 years ago, truths that might rip apart what little family she has left.

Thanks you very much for your time.

Like Books By CJ Lyons? Here are some suggestions.