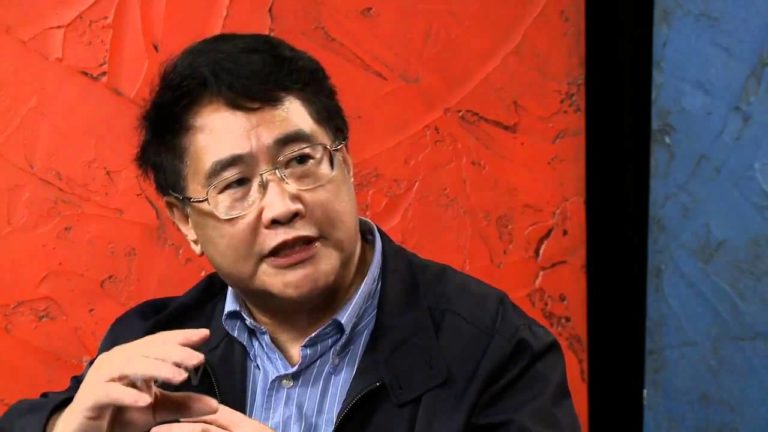 When it comes to Asian crime fiction, many fans of the sub-genre are hooked with the books from Chinese crime writer Qiu Xiaolong. The author is the creator of a series featuring an idealistic crime fighter with the Shanghai police, Chief Inspector Chen Cao.

More than solving crimes, his tales provide insights into many of the dilemmas posed by fast modernizing China, and the revolution and ideology it is leaving behind. His books have been translated to 23 languages so far and mostly portray the challenges in the life of the people in the modern Shanghai.

In this interview, the author talks about his main character Inspector Chen and the process of crafting his stories.

Qiu Xiaolong (born Shanghai, China, 1953) has lived for many years in St. Louis, Missouri. He originally visited the United States in 1988 to write a book about T. S. Eliot, but following the Tiananmen Square protests of 1989, he remained in America to avoid persecution by the Communist Party of China.

He has published nine crime-thriller/mystery novels set in Shanghai in the 1990s at the point when the People’s Republic of China is making momentous changes. These include Death of a Red Heroine, which won the Anthony Award for best first novel in 2001, and A Loyal Character Dancer.

All books feature Chief Inspector Chen Cao, a poetry-quoting cop with integrity, and his sidekick Detective Yu. But the main concern in the books is modern China itself. Each book features quotes from ancient and modern poets, Confucius, insights into Chinese cuisine, architecture, history, politics, herbology and philosophy as well as criminal procedure.

Like Books By Qiu Xiaolong? Check out the following titles.