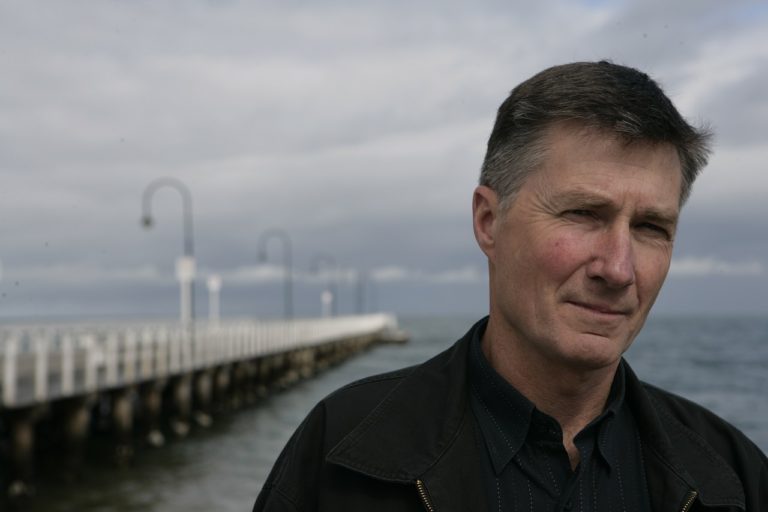 (read our review here), the new thriller written by bestselling Australian author Garry Disher. The author’s Wyatt series based on the life of an Australian thief has always been one of our favorites and we finally had the chance to have a Q&A with the author about his new book, his inspirations and Wyatt! What comes next is the outcome of our conversation:

Tell us a bit about your work.

I’ve written many novels and story collections for adults and children, genre and ‘literary’, but in recent years have been concentrating on crime fiction, for it gives me a great deal of (devious) pleasure and I’m aware of a growing readership not only in my native Australia but also in Europe and the States.  Apart from a collection of crime short stories (Straight, Bent and Barbara Vine) my crime fiction is devoted to two series: the Challis and Destry police procedurals, set in a regional area south east of Melbourne, and the Wyatt crime-from-the-inside or caper novels (Wyatt robs banks, payroll vans, etc).

How did you come up with Wyatt character?

I think we all work within and maybe push the boundaries of a tradition (there are not many true originals).  I blame Wyatt on the 1960s Parker novels of Richard Stark (the late Donald Westlake).  I devoured all of these and was impressed with the notion of a cool, almost cold, relentless and painstaking hold-up man.  I have made Wyatt my own, however.  His world is like Parker’s but I had no wish to copy Stark.

Readers write that they don’t admire Wyatt but want him to win, and this is exactly my intention.  I can’t get close to Wyatt, he’s not me, and sometimes a chill comes off the page as I try to see the world as he sees it.  This is a man who steals for profit, not his little niece’s leukaemia operation (we have no sense of his roots at all, in fact).  He will kill if crossed or to get revenge, but is not a thrill killer and hates the idea of other criminals who might be driven by drugs or twisted psyches.  He has standards: no drugs, just old style loot.

It would spoil it for me if I got too close to him.  A rule of thumb in all fiction writing is that characters grow, change over time, gain depths and density, but not Wyatt.  If I knew he was worried about his dear old mother’s broken hip or whatever, he takes on dimensions, he becomes vulnerable, I (and the reader) would get too close to him, which won’t do.  The books would fail then.

We really enjoyed your recent book, Port Villa Blues. How did you research the book?

My partner and I had a holiday in Port Vila, Vanuatu (a Pacific island just a few hours from Sydney by air), and I was instantly struck by the yachts in the harbour, expensive ones and patched-up old ones, from all around the world.  Those sailing in then could be found in the dockside bars.  One look at them and you thought ‘smuggler’ or ‘on the run from someone or something’.  I could see Wyatt there, doing what he does best. Whenever I visit a new area, I take notes in case they might be needed for a book one day (paying attention to the five senses).

The Soho press edition is a re-release of the Australian edition of several years ago, so I can’t remember it all, but I do remember writing these books effortlessly, for I knew the character so well.  Making the unfamiliar setting vivid and memorable was a challenge.

I have a room set aside in my house (Daddy’s writing room: I like a dedication I read in a book once: “To my darling daughter, without whose help this book would have been written in half the time.”

I’ll repeat something that the British writer Fay Weldon once said: “There is no such thing as writer’s block.  We stop because we don’t know enough about the subject yet.”  I’ve proved that to be the case every time I start a book.

My publisher in Australia wants a stand-alone crime novel, and I like getting to know a new, non-series character and his world (in this case, a disgraced detective is busted back to uniform and posted to a little one-man police station in a rural area…)

Like books by Garry Disher? Check out the following titles.