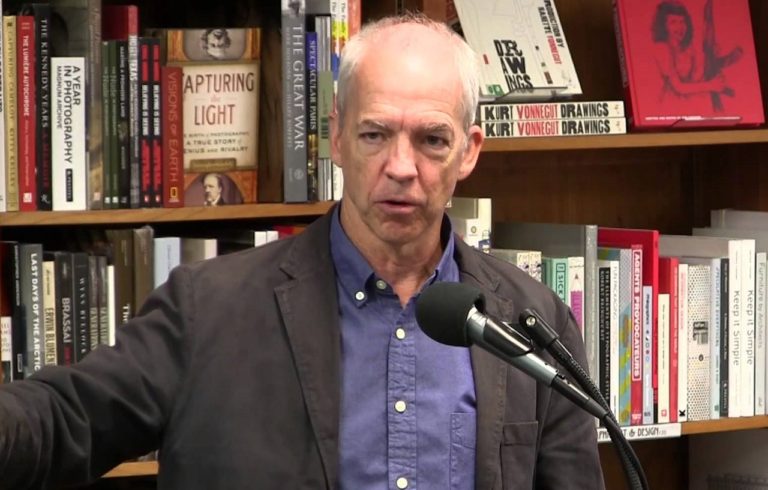 Interview With The Author Dan Fesperman

(Read our review here) and we were excited to see that the title is being re-released, this time in paperback, by Soho Press. Dan is a reporter for The Baltimore Sun and a published author of several thrillers. His plots are usually inspired by the his international assignments in countries such as Yugoslavia, Afghanistan, and Germany. Lie In The Dark, even after more than a decade, is still a vivid and beautifully written story.

What comes next is a conversation with the author regarding his debut novel, his inspirations and what he is currently working on.

How did you come to write the story?

The idea hit me when I was visiting Sarajevo in February of ’94, more than a year into the siege of the city. I was a correspondent then for the Baltimore Sun, filing stories on daily life in the midst of shellfire, sniper fire, deprivation, you name it, and I decided to write a piece on the remnants of the legal system, and about how crime and punishment continued even under such strange and oppressive circumstances, or maybe because of them in some cases. In the course of that story I spoke with a murderer, her judges, her prosecutor, a defense lawyer, and so on, and at some point I finished began thinking, hey, this whole idea might be the basis for a pretty interesting novel – murder in the midst of wartime, in the middle of a siege, with a lonely detective trying to make sense of it all even as he tried to survive.

Does Vlado Petric exist in real life? What was your inspiration for the character?

One of the ironies of reporting that crime-in-wartime story was that the homicide detective was one of the few people who turned me down for an interview. I arranged an appointment, showed up at police headquarters, and then he sent down a message from his office saying he had decided against it. I was disappointed, but in retrospect it probably gave me a greater sense of freedom in developing Vlado’s character, because I never felt chained to an actual face or personality with his own way of looking at his job, his life, and so on. I did meet and get to know an interesting and talkative fellow named Vlado, a student who was only 20, much younger than my Vlado, although they shared a similarly bleak and fatalistic outlook, so maybe that’s why I ended up giving my character the same first name.

Did Lie in the Dark influence your next novels? In what way?

Well, it certainly influenced the next one, The Small Boat of Great Sorrows, because that’s a sequel, again featuring Vlado Petric. Otherwise, it only influenced my later books in the sense that, as a first novel, it taught me so much about how to develop character, or structure a scene, or build dramatic tension. Every novel is a learning experience in some way, but obviously you learn the most elemental lessons in your first one. That’s one reason it has a pretty linear plot, a fairly small cast of characters, a compact setting, and occurs within a compressed period of time. I didn’t want to bite off more than I could chew on my first try.

I’ve just completed a novel called The Double Game, which comes out in the US in August. It’s about a former foreign service brat who grew up in all the great capitals of Cold War Europe – Prague, Vienna, Budapest, Berlin. In those days he tried to make sense of his various home cities by reading the classic spy novels of the age — by Le Carre, Deighton, Greene, McCarry, and so on. Much later in life, he ends up trying to find out whether his favorite novelist, an ex-CIA man named Ed Lemaster, might have actually been a double agent. As he begins to retrace Lemaster’s old steps he inevitably begins re-examining some events from his own past, his father’s, and those of other people he knew, and in a very real sense he also re-enters the pages of those spy novels he once read with such naïve interest. It’s partly an homage to the espionage genre, and there is a fair amount of meta-fiction involved. It was a hell of a lot of fun to write, I can tell you that!

Like Books By Dan Fesperman? Check out the following exciting titles.