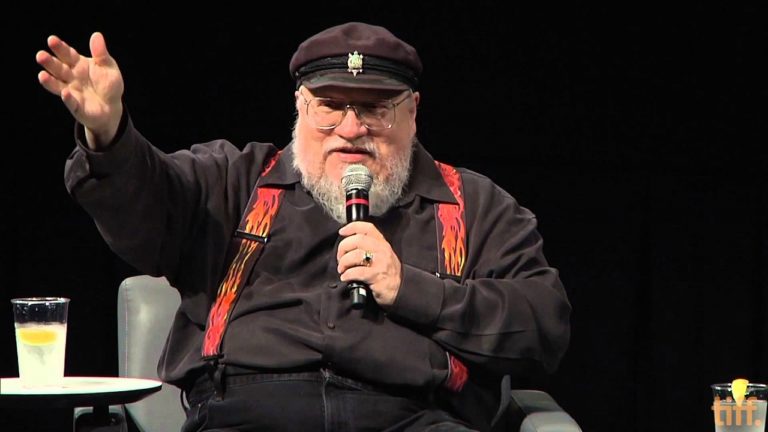 The International Thriller Writers Awards are announced every year by International Thriller Writers (ITW) at the annual Thrillerfest conference for outstanding work in the field. Now in its 13th year, the event is one of those rare occasions where one can find New York Times best-selling authors lurking around every single corner, literary agents actually appearing in broad daylight and fans openly plotting and conspiring with the most feared and revered names of the thriller genre.

For 2018, the highlight of the event was the gala ITW Thriller Awards Banquet on July 14 during which a fresh batch of authors were announced as the chosen heroes of suspense along with established masters of the genre. The winners of this year’s ITW Thriller Awards include the following:

In one terrifying night, the peaceful community of Creek’s Cause turns into a war zone. No one under the age of eighteen is safe. Chance Rain and his older brother, Patrick, have already fended off multiple attacks from infected adults by the time they arrive at the school where other young survivors are hiding. Most of the kids they know have been dragged away by once-trusted adults who are now ferocious, inhuman beings. The parasite that transformed them takes hold after people turn eighteen – and Patrick’s birthday is only a few days away.

Determined to save Patrick’s life and the lives of the remaining kids, the brothers embark on a mission to uncover the truth about the parasites–and what they find is horrifying. Battling an enemy not of this earth, Chance and Patrick become humanity’s only hope for salvation.

Over the years, former military bodyguard Ryan Lock has made more than his fair share of enemies. It was only a matter of time before one of them came looking for payback.

A serial rapist brutally murdered inside California’s highest-security prison for women. A frantic gun battle in the middle of downtown Los Angeles. A beautiful, young defense attorney violently abducted from her office.
A series of apparently random events that are anything but.

Someone is hell bent on revenge, and their target’s name is Ryan Lock.

After weathering the first gut-wrenching year since her husband’s death, Lily Declan is trying to move past her grief and find a place of healing for herself and her two young sons.

But when a strange sympathy letter arrives, the quiet life Lily has rebuilt from her sorrow comes under stealthy, sinister attack. On her wedding anniversary, an intimate bridal gift is delivered to her door. Then, a bizarre home invasion shatters her sense of security, and a mysterious Facebook memorial appears. Like a hungry ghost, someone seeks to claim her love and loss as their own, to erase Lily from her own life and possess her beloved forever, in an embrace of macabre devotion.

As more threats follow, Lily’s home and family are no longer her safe haven, and it’s become difficult to tell friend from foe. But after everything she’s already lost, she won’t give up her memories—or her family—without a fight.

Thea Paris, one of only twenty-five elite kidnap and ransom specialists in the world–and the only one who is a woman–is the best in the business. And she’s facing the most urgent and challenging rescue mission of her life: her own father’s.

As a child, Thea was forced to watch, paralyzed with fear, while her younger brother was abducted in the middle of the night by masked intruders. This life-changing experience drove her to become what she is today: a world-class freedom broker.

When Thea’s oil magnate father, Christos Paris, is snatched from his yacht off Santorini on his sixtieth birthday, days away from the biggest deal of his career, the brutal kidnappers leave the entire crew slaughtered in their wake. Can Thea rescue her father–and prevent this kidnapping from destroying her family for good?

Ten years ago, college student Quincy Carpenter went on vacation with five friends and came back alone, the only survivor of a horror movie–scale massacre. In an instant, she became a member of a club no one wants to belong to—a group of similar survivors known in the press as the Final Girls. Lisa, who lost nine sorority sisters to a college dropout’s knife; Sam, who went up against the Sack Man during her shift at the Nightlight Inn; and now Quincy, who ran bleeding through the woods to escape Pine Cottage and the man she refers to only as Him. The three girls are all attempting to put their nightmares behind them and, with that, one another. Despite the media’s attempts, they never meet.

Now, Quincy is doing well—maybe even great, thanks to her Xanax prescription. She has a caring almost-fiancé, Jeff; a popular baking blog; a beautiful apartment; and a therapeutic presence in Coop, the police officer who saved her life all those years ago. Her memory won’t even allow her to recall the events of that night; the past is in the past.

That is until Lisa, the first Final Girl, is found dead in her bathtub, wrists slit; and Sam, the second, appears on Quincy’s doorstep. Blowing through Quincy’s life like a whirlwind, Sam seems intent on making Quincy relive the past, with increasingly dire consequences, all of which makes Quincy question why Sam is really seeking her out. And when new details about Lisa’s death come to light, Quincy’s life becomes a race against time as she tries to unravel Sam’s truths from her lies, evade the police and hungry reporters, and, most crucially, remember what really happened at Pine Cottage, before what was started ten years ago is finished.