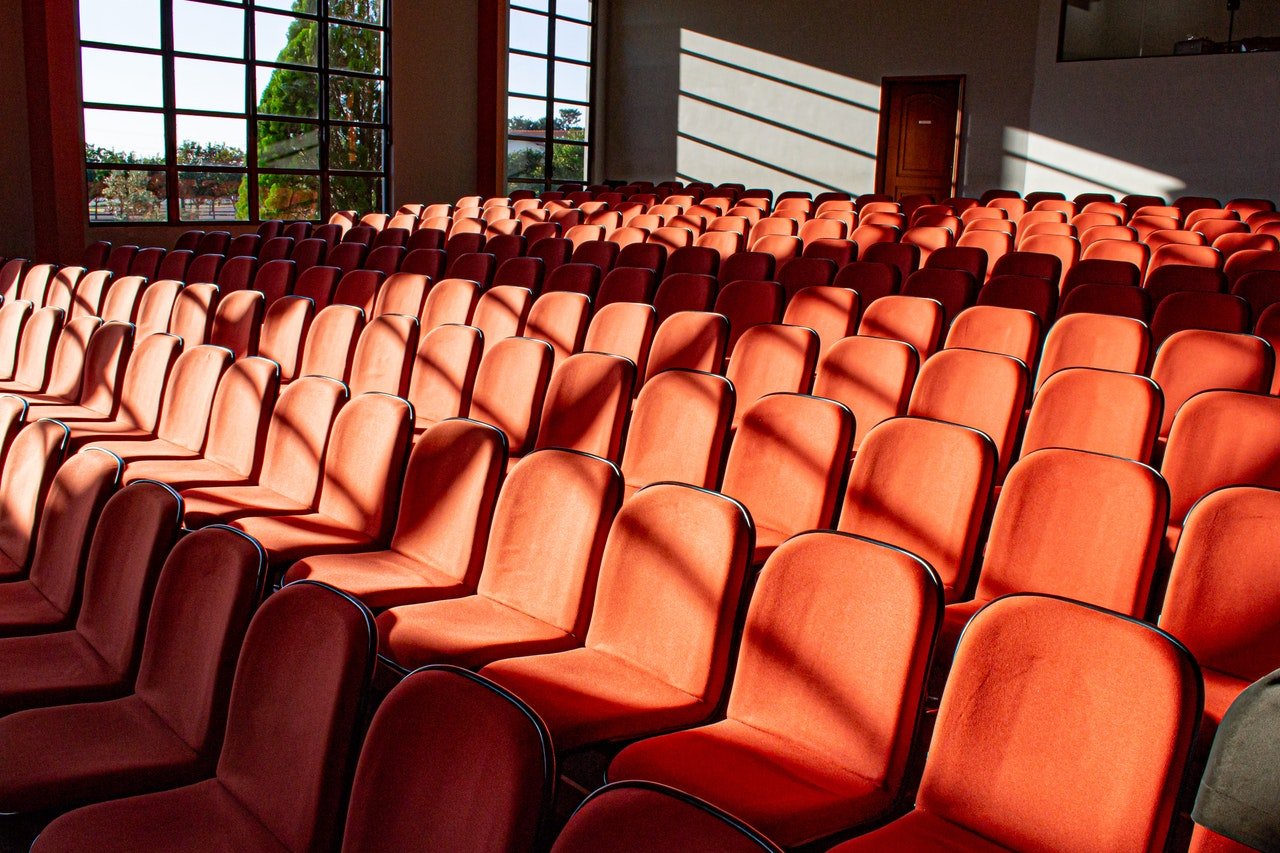 In The Lobby of The Edison: Literary Flash Fiction By Joseph Goodrich

Joseph Goodrich, author of In The Lobby of The Edison, is an Edgar Award-winning playwright whose work has been produced across the United States, in Canada and Australia, and in China.

His fiction and non-fiction has appeared in Ellery Queen’s Mystery Magazine, Alfred Hitchcock’s Mystery Magazine, and Mystery Scene. He is an alumnus of new Dramatists, a former Calderwood Fellow at McDowell, and an active member of Mystery Writers of America.

This was my dream:

I was going to kill a drama critic who’d viciously attacked a dear friend’s performance. His review, which appeared in the New York Times, was in itself a kind of murder; he killed my friend’s career. In truth, he almost killed Natasha. Reeling from the effects of such a painful and public shaming she turned off her phone, swallowed a fistful of sleeping pills, and waited for the final curtain to descend.

I discovered her in time. It was a close thing – far too close.

I was sitting in the lobby of a hotel. It reminded me of the Edison before its renovation. It had the same run-down look, same faded furniture, careworn clientele and irascible clerks. A down-at-heels purgatory where the radiators never worked and the sheets were never changed.

Let’s say it was the Edison.

I was seated in an overstuffed chair with torn upholstery in a corner of the lobby, waiting for the critic to appear. He lived in Hell’s Kitchen – an appropriate home for such a demoniacal creature – and breakfasted in the hotel’s coffee shop every morning. He was in there now, filling his fat, smug face with runny eggs and rubbery ham and cup after cup of stale coffee. Sated, he’d leave an insignificant tip and then waddle back to his apartment on 9th Avenue.

While I waited I ran through the horror of the last day-and-a-half. The telephone calls. The unanswered messages. The growing worry. The smashing of a door. The frantic call to 911. The scream of the ambulance. The mad rush to the hospital. The chaos of the emergency room. The weary waiting. The pale, beleaguered face in a gray and loveless hospital room. The hand gripping mine. The desperate, unnecessary apologies. The tears.

I checked my watch. 9:10 AM. Sometime within the next twenty minutes he’d walk through the lobby on his way home, stuffed like a pinata with his gross and greasy breakfast. I lit a cigarette – in my dream, you could still smoke indoors – and watched the motley ebb and flow of humanity. Intent on their own cares and worries and little schemes and dreams of happiness, none of them had any idea what I was planning to do.

I’d considered a high-powered rifle with a scope. I’d pick him off from a roof top and watch the pedestrians scatter as life bled out of him into the gutter. Poison was also an option. I’d ease onto the stool beside him, slip a little strychnine into his orange juice, and read the Times while he died in agony on the crumb-scattered linoleum. Or I might run him down as he returned from a lavish opening night party at Sardi’s and leave his broken body in the road.

But rifles and poisons and cars were hard to come by; a knife I could pick up anywhere. Working up close the risk was greater, but so was the satisfaction. “This is for Natasha Howard,” I’d say as the blade went in, “a true artist of the theater.”

Once I’d chosen the knife, I’d followed him for several days so I’d know the best place to do it. I’d decided on the narrow passageway that led from the lobby of the Edison to an exit onto 46th Street. I’d come up behind him and then, when the deed was done, slip through the door and disappear into the crowded city streets, just another nobody on his way to nowhere.

Natasha and I would attend the memorial service. One of the big Broadway houses would hold the event at three o’clock on a Monday afternoon. Because the man was so well known and widely despised, the place would be packed. We’d be there, resplendent in our finest, me in my velvet tuxedo and Natasha in her black satin A-line dress and stiletto heels. We’d be two among the hundreds and hundreds there to wish the critic a speedy trip to hell.

A noise from the 47th street entrance drew my attention for a moment. When I looked back, the critic was moving through the lobby. I ground out my cigarette and went after him.

The passageway was empty. I couldn’t have asked for better circumstances. I moved up behind him, grabbed his arm, pulled him to me, and drove the knife toward his belly.

But it wasn’t him I saw.

I couldn’t kill you, could I?

I stopped, didn’t I? In the nick of time?

What do you think?

I’m only the writer, after all.

And my greatest critic.

If you’ve enjoyed In The Lobby of The Edison, you can visit our free digital archive of flash fiction here. Additionally, premium short fiction published by Mystery Tribune on a quarterly basis is available digitally here.