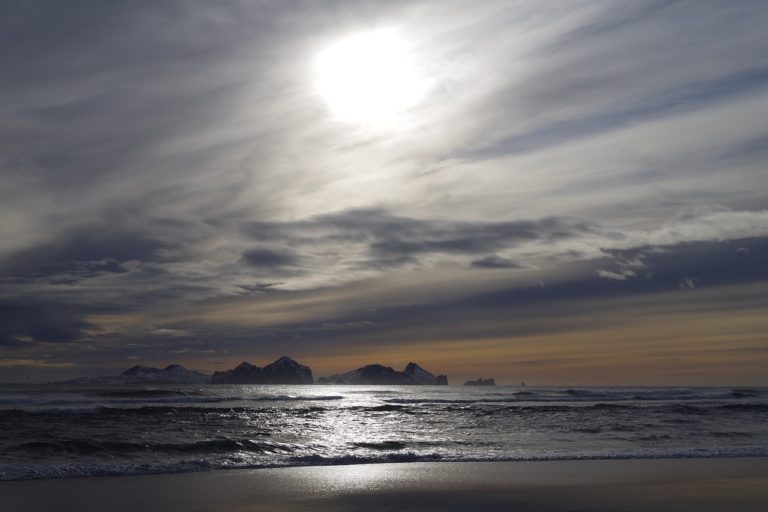 Sagafilm’s four-part adaptation of Viktor Arnar Ingolfsson’s best-selling novel The Flatey Enigma (Flateyjargáta) for Icelandic state broadcaster RÚV has been picked up by DR in Denmark, YLE in Finland, NRK in Norway, and SVT in Sweden.

The Flatey Enigma is perhaps one of the best novels written by Viktor Arnar Ingolfsson who is one of Iceland’s most accomplished crime fiction authors. His novel House of Evidence was nominated for the Glass Key—the Nordic Crime Novel Award—in 2001 and The Flatey Enigma—a bestseller for weeks in Germany—was nominated for the same prize in 2004. In addition to having a successful career as a writer, he continues to work full-time in civil engineering at the Public Roads Administration in Iceland. The Flatey Enigma was translated into English in 2012 by Brian Fitzgibbon and we had the chance of reviewing this title recently (see our review here)

Adapted by Margrét Örnólfsdóttir (Prisoners), the series is set in a deserted island off the western coast of Iceland in 1960. A body is discovered by three seal hunters, and after it is found to be a missing Danish cryptographer, the ensuing investigation uncovers a mysterious link between the researcher and a medieval manuscript known as The Book of Flatey.

CEO of Sagafilm, Hilmar Sigurdsson, says: “We are thrilled to have all Scandinavian public broadcasters buying into this project. It shows the tremendous appetite for Icelandic TV drama internationally.”

Head Of Drama for RÚV, Skarphédinn Gudmundsson, adds: “The Flatey Enigma is the third project in a row from RÚV that gets a full house of Scandinavian broadcasters on board. The quality of Icelandic content has risen to record highs and RÚV is proud to support the ever growing industry in Iceland.”