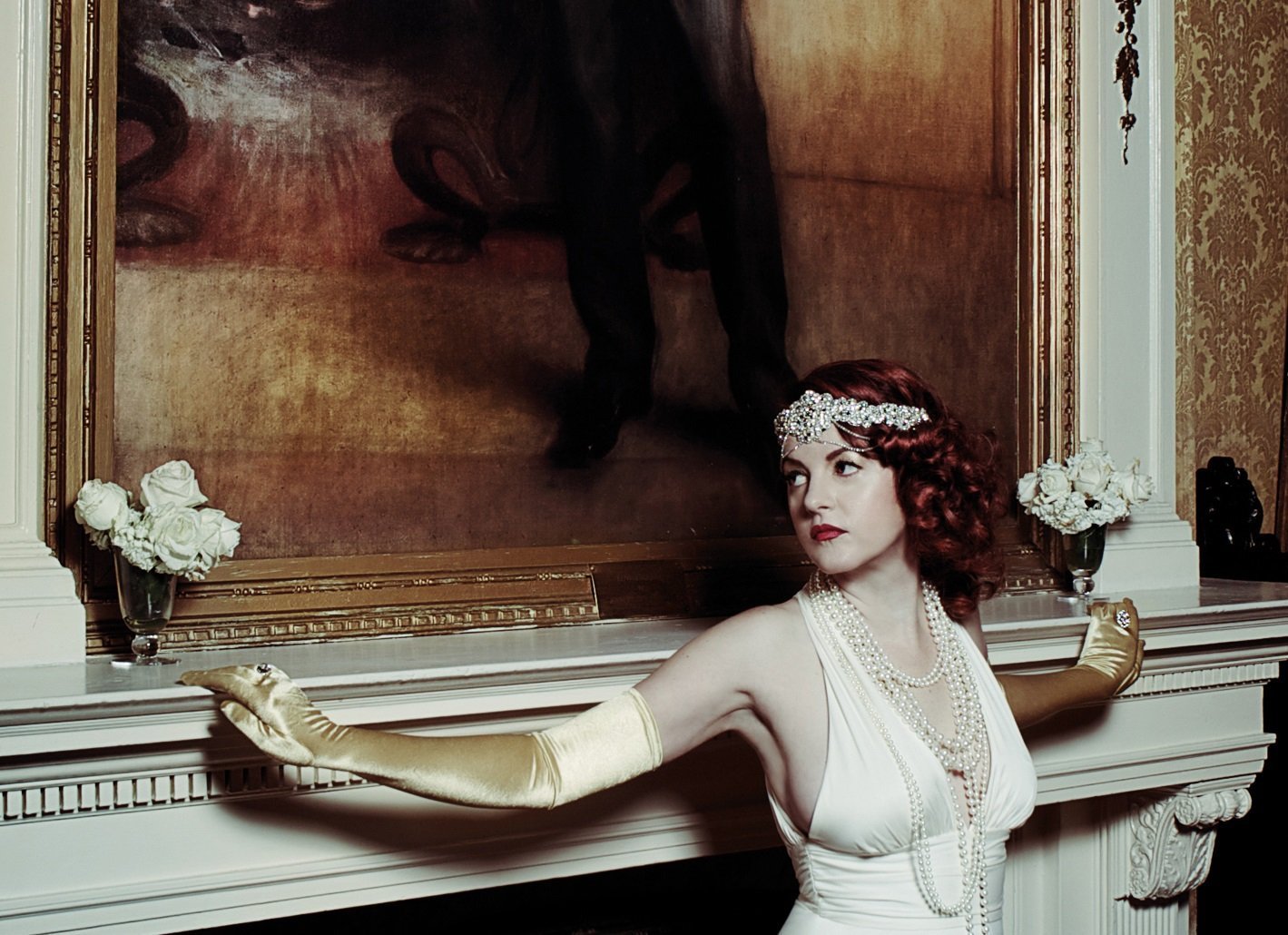 Graphic Novel “The Illuminati Ball” Is Eyes Wide Shut Crossed With The Island Of Dr. Moreau

Acclaimed author and visual artist Cynthia von Buhler (Minky Woodcock: The Girl Who Handcuffed Houdini) has a new graphic novel out titled The Illuminati Ball which merges the myth and mystery surrounding the secret organization The Illuminati who supposedly control the world.

The underlying theme of the story features a group of human-animal hybrids who have escaped an experimental lab. Inspired by the legendary 1972 surrealist masquerade party that influenced Stanley Kubrick’s film ‘Eyes Wide Shut’ – hosted by the Baron and Baroness de Rothschild at their mansion in Paris – The Illuminati Ball combines elements of the fantastical with reality to tell an unforgettable story about power, cruelty, deceit, betrayal, and the insatiable hunger for freedom.

is not entirely fiction: In December of 1972, Marie-Hélène de Rothschild threw a “Surrealist Ball” (very similar to The Illuminati Ball) at the Château de Ferrières, one of the large mansions owned by her family with invitations were written backwards, forcing the guests to use the assistance of a mirror to read them.

The attire required was “black tie, long dresses and surrealists heads.” and the costumes and masks were elaborate and extraordinary. The guest list was equally impressive and included the likes of Audrey Hepburn and Salvador Dali.

This is a graphic novel with a decent story-line and although it might not be every mystery reader’s cup of it, it will appeal to the fans of SciFi fiction. 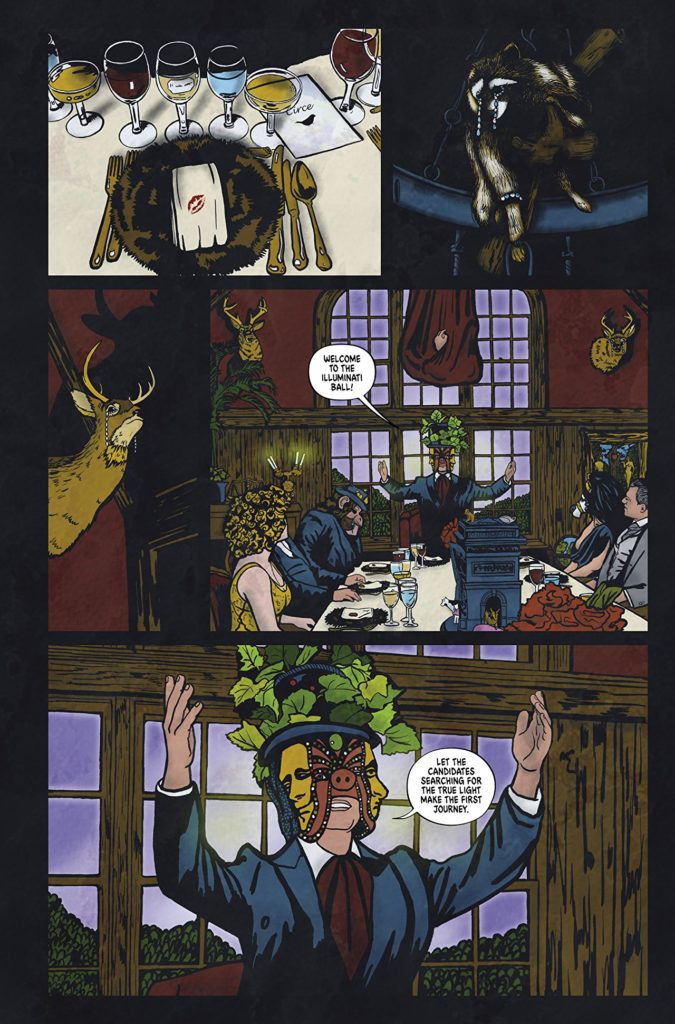 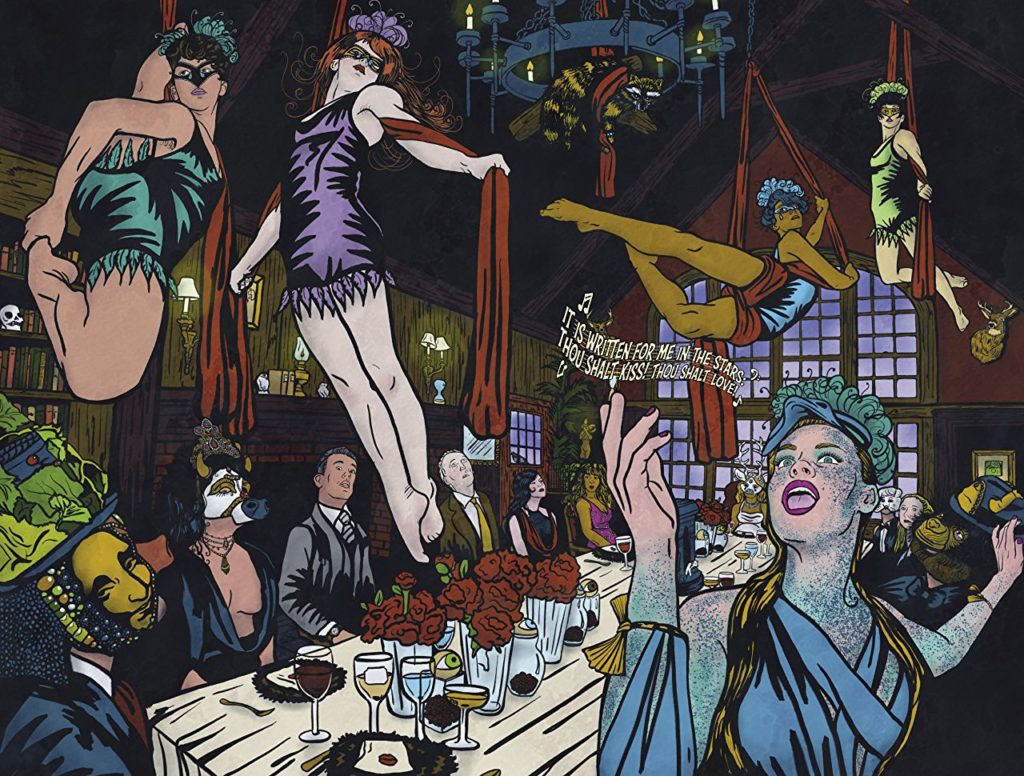 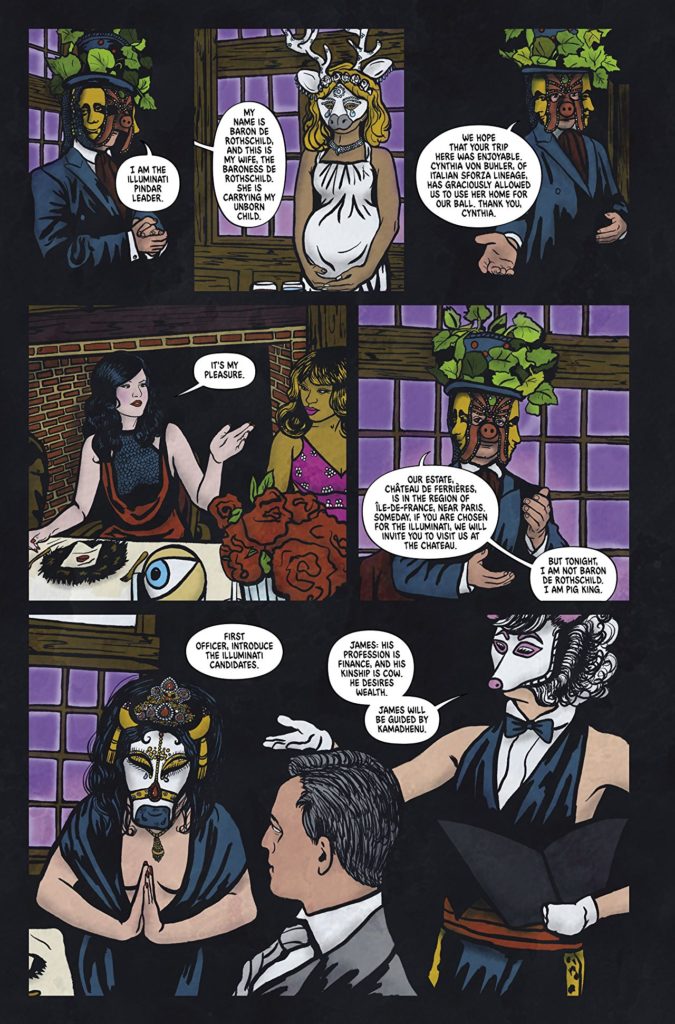 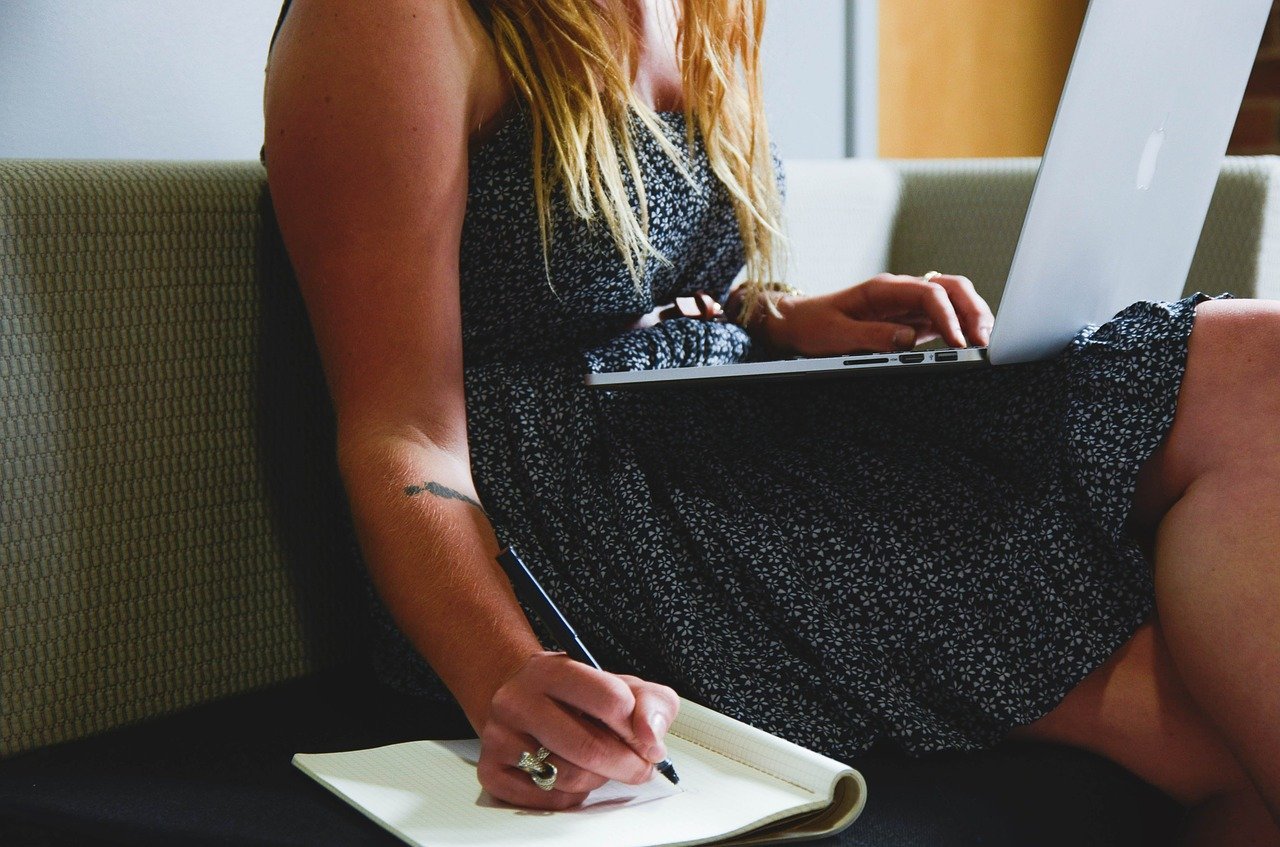