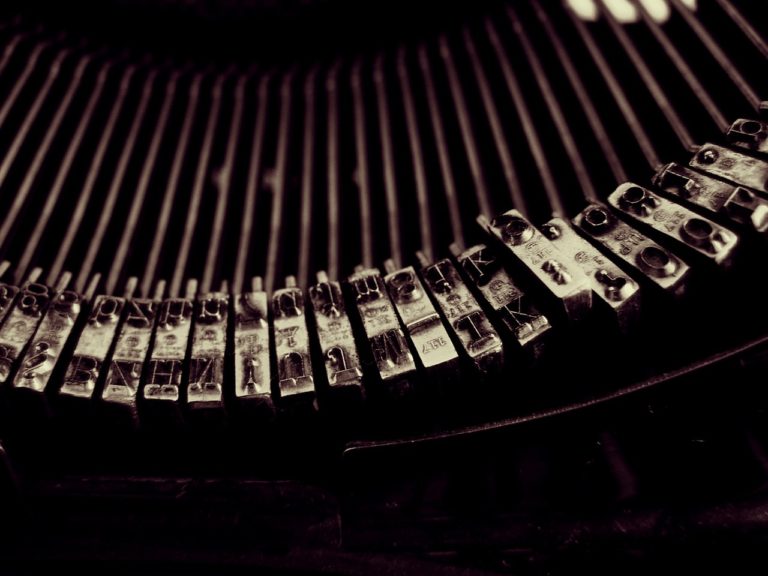 George A. Bernstein, author of the upcoming novel The Prom Dress Killer, reflects on his life as a writer.

In 1990, when I was able to semi-retire fairly young, my wife asked me how was I planning on filling my time. “You don’t love golf or playing cards that much. You were always a great storyteller. Why don’t you write a novel?”

She was right, so I started writing Trapped, and managed to finish the first draft in probably 6 months. The idea for the main character, Jackee, came from remembering a beautiful young neighbor when we lived in North Suburban Chicago. She suffered an anesthetic accident while undergoing plastic surgery, condemning her to a vegative state for the rest of her life, which was no life at all.

I imagined Jackee in a similar coma-like state, but being sentient, still sharp of mind and able to move her eyes. I knew nothing of “Locked-in Syndrome” at the time, not realizing I’d “created” a real condition. Since Jackee was immobile, I decided to create a side plot involving her conniving husband with the Chicago Mafia … something to engineer some physical action and external tension.

I submitted the story to Dave King, an independent editor, and he recommended I remove my side plot in Trapped because it detracted from Jackee’s story, but resisted. I had slaved over that, building tension and danger, and weaving the climax into the ending of the novel. But then later, a top literary agent at William Morris gave me the same advice, also feeling  it was a distraction. So I pulled it out … but it’s not a total loss. Writers never discard any work, so I’m using that story in my in-progress 4th Detective Al Warner novel, changing the venue from Chicago to South Florida.

Trapped ran the gauntlet of rejected query letters, rewrites, and more rejections … until it was selected by small indie publisher, TAG Publishers, to be their “Next Great American Novel.” Their editor suggested I convert the entire story to Jackee’s First Person point-of-view. That took a considerable amount of work, because every scene occurring somewhere out of Jackee’s purview had to be deleted. New scenes had to be developed to fill that void. In the end, however, this made Trapped a book that quickly became an Amazon Top 100 Novel. It’s now also available as an audio book.

From rejection to success—and it only took 22 years! Meanwhile I had attended numerous writers’ conferences and some seminars, and through those classes, I learned a lot about writing novels. It takes more than raw talent to do it well. And I started my second novel, A 3rd Time to Die, a romantic suspense centered on Past Lives, rebirth, and champion horse jumping. I’d read Dr. Brian Weiss’ first book on the subject and I was captivated by the idea of souls reborn to deal with thing left undone in past lives.

Wanting to fully understand the phenomena, I decided I needed to experience the process of regression. I found a “facilitator,” who had worked with Dr. Weiss, to regress me if possible. I entered the project strictly as research for the novel, but came out a believer.

One precept of the belief is souls often bring learned skills from past lives into their current existence. When I was twelve my father brought home a bow-and-arrow set and a large straw target. What little I knew of archery was from watching Western movies, but I nocked the bow and set up the target as if I knew what I was doing. Then I walked off about 100 feet (not realizing that was an extreme distance, especially for a novice) and started shooting bulls-eyes … one after another. While practicing, a large crow flew by, high above, and without thinking, I shot it out of the sky. Later, while walking in a nearby forest preserve, I knocked down a flushed pheasant. I entered an archery contest for 12 to 14-year-olds, and shot 297 out of a possible 300. The one miss was ¼” outside the “eye.” I was always a deadly marksman with any sort of weapon … with no training. How was this possible?

Well, in one of my regressed lives, I had been a 16th Century forester, shooting game with a long bow for an English duke in Lincolnshire Forest. Four hundred years later, I still maintained that skill! Doubters usually jibe me, asking who’d I’d been in my past lives: Napoleon, Alexander, King Richard, etc., expecting the process to be just self-aggrandizement. But in only one life was I anyone of even moderate importance, and that was the chief of a Polynesian village, probably in the 12th Century—the oldest of the nine lives I discovered during my “research.”

Anyway, I used what I learned in my voyages through time as the basis for A 3rd Time to Die, and like Trapped. It quickly began garnering 5-Star reviews, with readers comparing me to Dean Koontz and Stephen King.

I began to realize that to gain devoted fans, I might benefit from writing a series, so I started Death’s Angel, the first of my Detective Al Warner suspense novels. In it, a psycho was first seducing, and then killing off some of South Florida’s most beautiful young women, and no one had a clue as to his motives. I wanted my Warner novels to be character driven, all about the detective and the things that motivated, drove, and haunted him. I wanted these not to be “police procedural” novels.

I’m often asked about my procedure in writing a novel. The first thing, of course, is to come up with the concept. For Trapped it was a woman trapped in Locked-in Syndrome, seeking unlikely retribution against those who wished her ill. For A 3rd Time to Die it was murdered lovers, being reborn, murdered again, and now reborn in current times – and their killer had returned, too.

For Death’s Angel, it was a tough, moral cop, haunted by PTSD from glancing bullet wound off his skull during his last case, trying to keep his demons at bay while hunting a clever psychopath. In Born to Die, the 2nd Warner novel, readers were anxious to learn how Warner had survived another head wound, and while on medical leave, was helping a beautiful nurse look for Motive and Opportunity for a rash of Sudden Infant Death Syndrome (SIDS) deaths of 6-month-old infants. In my latest Warner novel, The Prom Dress Killer, Warner is after another serial killer who is abducting and then killing lovely young redheads, leaving their bodies adorned in frilly prom-style dresses.

Once I have a unique story idea, I imaging the characters, listing on 4 x 6 cards their physical appearance, their likes and dislikes, the cars they drive, and every other detail about them or their lives that comes up. Then I do a chapter-by-chapter outline of where the story is going. Just a sentence or two for each, as guidance.

Now I begin writing, limiting any editing to being sure where I am and fixing any glaring errors. My style is to write the story and edit later. But the strangest things always happens, usually about a quarter of the way into the plot:  the characters start taking over!

First they speak to me, usually at night while I’m awaiting sleep. They tell me things about themselves— things they’ve done (often horrific acts) I never imagined. And they suggest actions and scenes never in the original outline. I often find myself “going where no man has gone before,” to paraphrase Star Trek. New problems and solutions simply evolve as I’m writing, often to my utter surprise. It’s totally exciting.

In every case, the villains become more diabolical, the problems become more insurmountable, and the ending become more dramatic and a bigger surprise. And I’m gaining renown as an author with unique plots and surprise endings no one could pre-guess. None of my editors ever have.