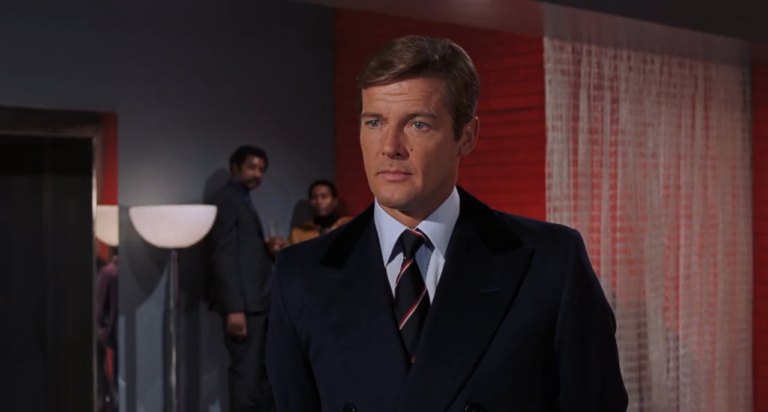 Many movie fans know Sir Roger Moore, who passes away last week at 89 on May 23, 2017, by his most memorable role: James Bond! The prolific British actor however, appeared in a variety of crime and thriller-related roles in his six-decade long career.

When it comes to James Bond, Moore has the highest number of 007 movies under his belt. His performance is considered too suave compared to that of Sean Connery or more recently Daniel Craig. This seems like a fair criticism, but he did add his natural wit to the role and created a unique James Bond which has its own fan base.

Few might remember some of the other iconic roles played by Moore such as Simon Templar or The Saint and Sherlock Holmes. So, here is a quick look at these significant roles in this actor’s career besides James Bond. 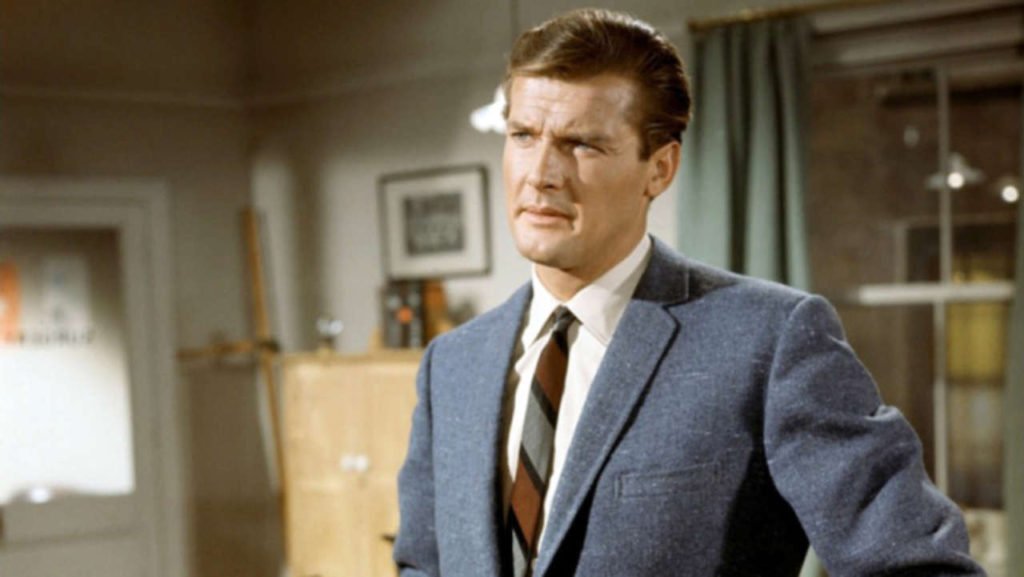 The Saint was mystery spy thriller television series that aired between 1962 and 1969 in the UK. It was based on the literary character Simon Templar created by Leslie Charteris in the 1920s and featured in many novels over the years. He was played by Roger Moore. Simon Templar was essentially a Robin Hood who stole from criminals, but kept the money. His nemesis was Chief Inspector Claude Teal who considered Templar a common criminal no matter whom he stole from. 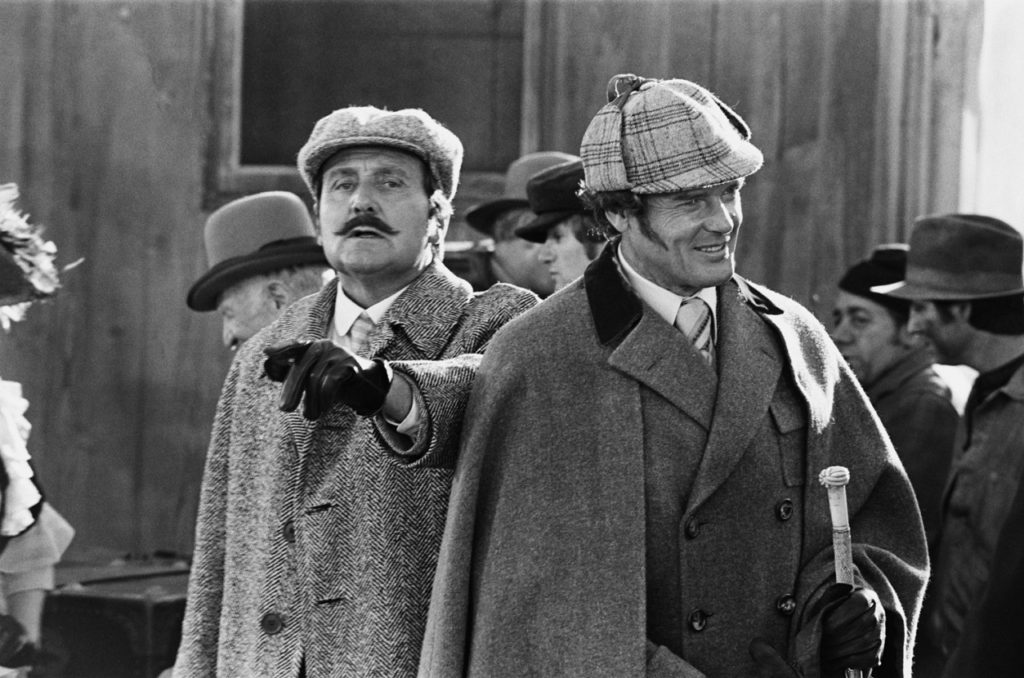 During their investigation, Holmes and Watson are reunited with their old acquaintance Irene Adler, now a popular music-hall singer, who reveals that Moriarty has kidnapped her son. Moriarty has also left a note for Holmes informing him that he will be approached by the police soon for aid in a crime, and should he not refuse – Moriarty also informing him that he should provide no reason for his refusal – the boy will die.

Holmes is subsequently contacted by the NYPD regarding the recent apparent theft at the New York bank, with the entire vault of gold bars having vanished seemingly overnight. To protect the child, Holmes refuses the case, but he and Watson later manage to track down and rescue the boy, thus removing Moriarty’s blackmail card. 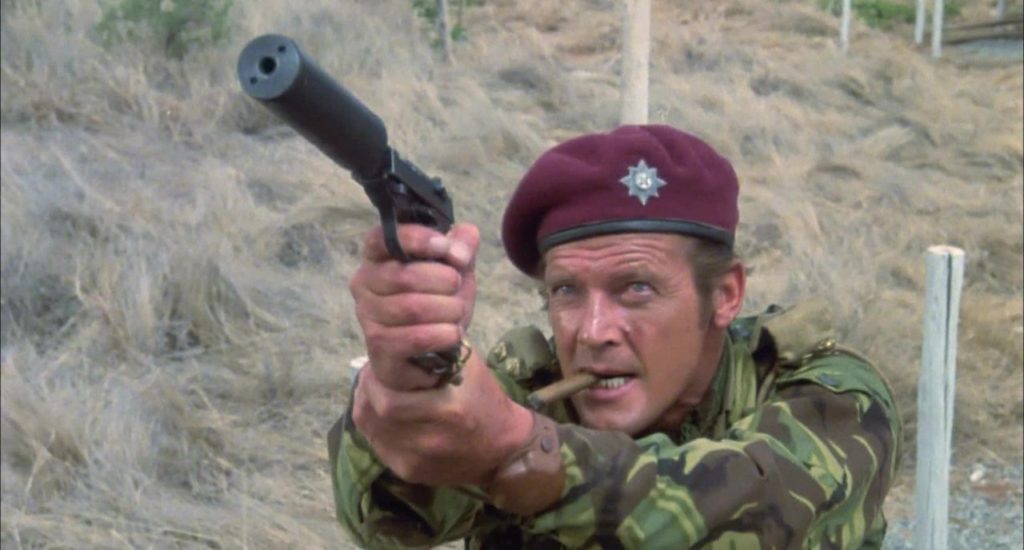 The Wild Geese is a British adventure film directed by Andrew V. McLaglen about a group of mercenaries in Africa. It stars Richard Burton, Roger Moore, Richard Harris, and Hardy Krüger. The film was the result of a long-held ambition of its producer Euan Lloyd to make an all-star adventure film similar to The Guns of Navarone or Where Eagles Dare. The same producer and director were later responsible for The Sea Wolves.

Allen Faulkner (Richard Burton), a British mercenary and former army colonel, arrives in London to meet the rich and ruthless merchant banker Sir Edward Matheson (Stewart Granger). The latter proposes a risky operation to rescue Julius Limbani (Winston Ntshona), the imprisoned beloved leader of a Southern African nation who is due to be executed by General Ndofa, the man who deposed him. Limbani is currently being held in a remote prison in Zembala, guarded by a unit of Ndofa’s personal troops known as the “Simbas”.

Faulkner accepts the assignment and begins recruiting 49 other mercenaries for the job, including officers he had worked with on previous operations: Rafer Janders (Richard Harris), a skilled military tactician who’s made a living as an art dealer, and Shawn Fynn (Roger Moore), an ex-pilot who had been working as a currency smuggler for the London mafia. Fynn also brings in penniless South African Pieter Coetzee (Hardy Krüger), a former soldier in the South African Defence Force who wishes to return to his homeland and buy a farm. With the tacit approval of the United Kingdom government, the hired soldiers are transported to Swaziland to be equipped and physically trained. Before the operation begins, Janders exacts a promise from Faulkner to watch over his only son, Emile, should he fail to return from Africa.

The Cannonball Run is an American-Hong Kong comedy film starring Burt Reynolds, Jackie Chan, Roger Moore, Dom DeLuise, Farrah Fawcett, and an all-star supporting cast. Filmed in Panavision, it was directed by Hal Needham, produced by Hong Kong’s Golden Harvest films, and distributed by 20th Century Fox. One of 1981’s most successful films at the box office, it was followed by Cannonball Run II (1984), and Speed Zone (1989). This and the 1984 sequel were the final film appearances of actor Dean Martin.

In the movie, various race teams have gathered in Connecticut to start a cross-country car race. One at a time, teams drive up to the starters’ stand, punch a time card to indicate their time of departure, then take off. What’s the catch? The race is illegal and the teams all feature colorful characters.

Like To Read More About Sir Roger Moore? Check out the actor’s memoir here.