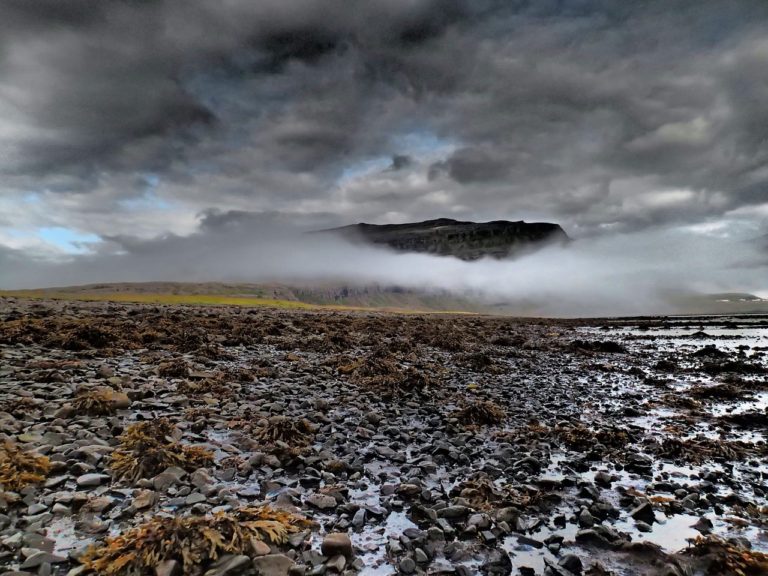 A Taste Of Iceland: “The Flatey Enigma” By Viktor Arnar Ingolfsson

The Flatey Enigma is perhaps one of the best novels written by Viktor Arnar Ingolfsson who is one of Iceland’s most accomplished crime fiction authors. His novel House of Evidence was nominated for the Glass Key—the Nordic Crime Novel Award—in 2001 and The Flatey Enigma—a bestseller for weeks in Germany—was nominated for the same prize in 2004. In addition to having a successful career as a writer, he continues to work full-time in civil engineering at the Public Roads Administration in Iceland. The Flatey Enigma

was translated into English in 2012 by Brian Fitzgibbon and we had the chance of reviewing this title recently.

Near a deserted island off the western coast of Iceland in 1960, the dawning of spring brings new life for the local wildlife. But for the body discovered by three seal hunters, winter is a matter of permanence. After it is found to be a missing Danish cryptographer, the ensuing investigation uncovers a mysterious link between the researcher and a medieval manuscript known as The Book of Flatey.

We have read many Scandinavian crime and mystery titles in the recent years and while we found many of them notable works of crime fiction, majority fell into similar plot categories: Police procedurals with troubled lead characters who have to solve a crime and at the same time cope with the challenges of their personal lives.

The Flatey Enigma, on the other hand, was very different:

Ingolfsson’s work is just mind blowing…The stories he has written are some of the most authentic and absorbing Scandinavian mysteries that we have read in years.

First, the story takes place on the tiny island of Flatey in the Breidafiord Bay in 1960s: A cold place with few inhabitants who live their lives in a very traditional way.

The setting, which is very different from the modern atmosphere of many Scandinavian titles, adds to the main mystery in the story which is an ancient manuscript named as the Flatey Book. The book is a bound vellum collection of medieval Viking stories and as the story moves forward, the readers could clearly see the link between the curious events happening on the island with the ancient book.

At the end of each chapter, excerpts from the Flatey Book are provided by the author and in a nutshell, they both inform the readers about the Iceland history but also provide some answers to the clues in the Flatey Enigma, the context of which does not become clear until end of the story.

This is not a novel for those readers who are seeking action-packed thrillers or fast-paced stories. However, the story is such that captures readers’ imagination and takes them to Flatey; to make them see its people and feel the environment in which they live in. Few books can accomplish such a task.

We recommend this book to readers who are willing to jump outside the typical police procedural and thriller plots to experience something fresh…Something with a taste of Flatey.

Like Books By Viktor Arnar Ingolfsson? Check out the following exciting titles.