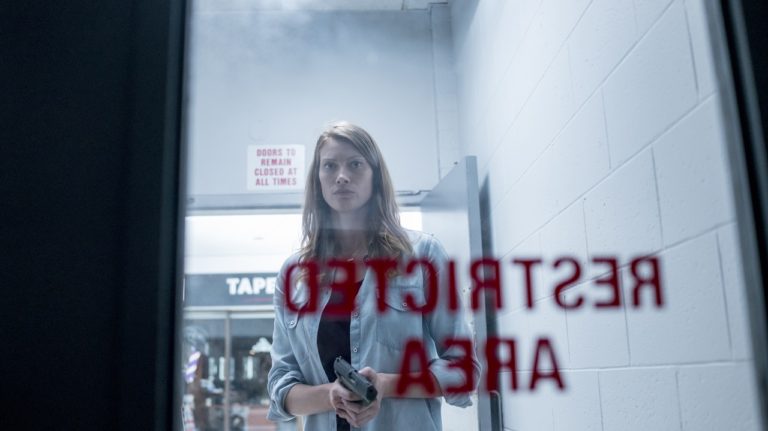 Spike has released the first trailer for The Mist, the new TV series, which debuts June 22 and brings the great novella by Stephen King to life. Fans of the novella will notice there are some differences between the original story and the new series which includes an entirely new cast of characters (see the trailer here).

In the original story, the morning after a violent thunderstorm, a thick unnatural mist quickly spreads across the small town of Bridgton, Maine, reducing visibility to near-zero and concealing numerous species of bizarre creatures which viciously attack anyone and anything that ventures out into the open.

The bulk of the story details the plight of a large group of people who become trapped while shopping in the town supermarket, among them a commercial artist named David Drayton (the protagonist and narrator), David’s young son Billy, and their estranged neighbor Brent Norton, who accompanied them into town after a tree smashed Brent’s car. Amongst others trapped in the market are a young woman named Amanda Dumfries and two soldiers from a nearby military installation, home to what is referred to as “The Arrowhead Project”. The two soldiers’ eventual joint suicide lends some credence to the theory that this Project was the source of the disaster.

Soon after the mist develops, something plugs the store generator’s exhaust vent. When a young bag boy named Norm steps outside to fix the problem, he is pulled into the mist by a swarm of tentacles. David and Ollie Weeks, the store’s assistant manager, witness Norm’s death and try to convince the remaining survivors of the danger lurking outside. Norton and a small group of others refuse to believe, accusing David of lying. They venture out into the mist to seek help, where they are killed by a huge, unseen creature. This, along with a deadly incursion into the store by a pterosaur-like creature and a disastrous expedition to the pharmacy next door, lead to paranoia and panic consuming the remaining survivors. This spiraling breakdown leads to the rise to power of a religious zealot named Mrs. Carmody, who convinces most of the remaining survivors that these events fulfill the biblical prophecy of the end time, and that a human sacrifice must be made to save them from God’s wrath.

David and Ollie attempt to lead their remaining allies in a covert exit from the market, but are stopped by Mrs. Carmody, who orders her followers to kill her chosen victims: Billy and Amanda. However, Ollie, using a revolver found in Amanda’s purse, kills Mrs. Carmody, causing her congregation to break up. En route to David’s car, Ollie is bisected by the claw of a very large creature similar to a giant lobster or crab. David, Billy, Amanda, and elderly, yet tough, school teacher Hilda Reppler reach the car and leave Bridgton, driving south for hours through a mist-shrouded, monster-filled New England. After finding refuge for the night, David listens to a radio and, through the overwhelming static, possibly hears a single word broadcast: “Hartford”. With that one shred of hope, he prepares to drive on into an uncertain future.

The Mist was first published as the first and longest story of the horror anthology Dark Forces in 1980. A slightly edited version was included in King’s collection Skeleton Crew (1985). The story is the longest entry in Skeleton Crew and occupies the first 134 pages.

But this is the original story and the TV series is apparently something entirely different.

“I wanted to be respectful to the source material, but my feeling was there was already a great adaptation out there by Frank Darabont,” says show creator Christian Torpe, referring to the 2007 film. “The novella is 200 pages and one location, and we needed to change that to make an ongoing series. But we wanted to remain faithful to the heart of the story,” he told Entertainment Weekly.

Besides the host of new characters, the series will also feature more places of refuge. Instead of showing only the grocery store from the film and novel, the upcoming show will make use of a number of lockdown locations including a church and mall.

In addition, it is revealed that sex will play a big part of the story “since it’s something that tends to provoke people’s dark sides.”