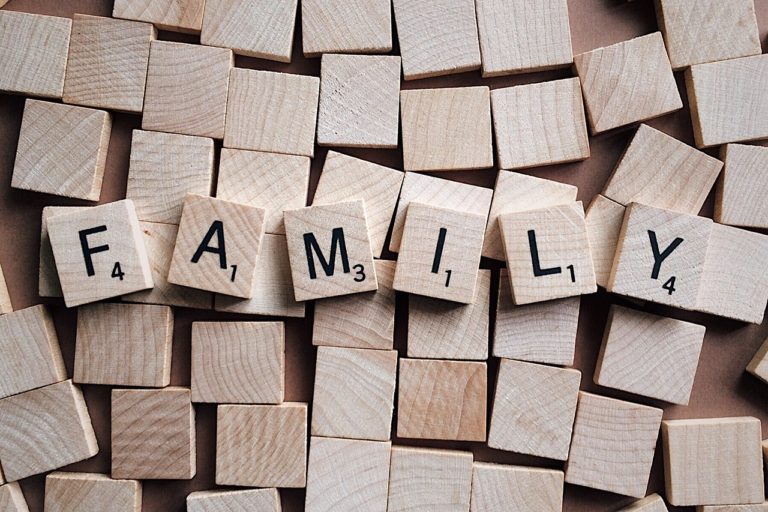 As an economist, Patricia Dusenbury produced many dry reports. Now, she hopes to atone by writing mysteries that people read for pleasure. Her first book, A Perfect Victim was named 2015’s best ebook mystery by the Electronic Publishing Industry Coalition. Secrets, Lies & Homicide was a 2016 EPIC finalist. A House of Her Own is a 2017 finalist and nominated for an InD’tale RONE award. Patricia lives on a very steep street in San Francisco.

The short story “Family Man” has been brought to you by Mystery Tribune with permission from the author.

Rick Stelljes was a family man and proud of it. He hadn’t looked at another woman since he and Tanya got married. He spent time with his kids, and when they talked, he listened—not because he felt like he should but because he really wanted to know what was going on in their lives. Dinner time was family time in the Stelljes house. Once everyone was served, Rick would compliment Tanya on the meal then ask his kids about their day.

“Our class went to the aquarium.” Johnny was in second grade and loved all animals. “It was awesome. There were sharks and everything swimming around in this huge tank. Fish as big as you, Daddy.”

“Don’t the sharks eat the other fish?” Fifth grade Linda was the family skeptic.

“Not as long as they have enough food, and we got to feed them. ” Johnny bounced in his seat. “I fed a shark!”

Rick frowned. “I hope you didn’t get too close.” He sometimes wondered if he was overprotective, but then he’d remind himself how dangerous the world could be.

“No way! We stood by the top of the tank and turned a handle. The sharks knew we were going to feed them, and they hung around waiting for the food. You should see their teeth!”

Linda rolled her eyes. After a few more fish descriptions from Johnny, Rick asked how her day had gone.

“I aced my math test. It was half fractions and half word problems, and I got them all right.”

“Keep it up, Baby. You’re gonna be the first Stelljes to graduate college, and it’s gonna be a big-name school.”

“Oh, Daddy.” Her smile was indulgent. “Everyone from Windsor Prep goes to a good college.”

“I hope so, the tuition they charge.” Rick liked to complain about those bills, but he really didn’t mind one bit.

Headlights flickered through the drapes; someone was pulling up in front. He went to check – people in this neighborhood parked in driveways – and saw it was just the kid next door getting dropped off. He sat back down.

“I’m going to college when I grow up, too,” Johnny said. “The best college in the world.”

When Rick was a kid, no one ever asked him about his day at his stinking dump of a school. The smartest kid in the class, he’d made up for it by being the meanest. He would have been dead or in prison by eighteen if Mr. Dee hadn’t taken an interest in him, taken him under his wing. He’d been working for Mr. Dee twenty years now and married to Tanya for fifteen. He made a good living, had a wife and kids and a nice house in a safe neighborhood. Every day of his life, he thanked heaven for his good luck.

After dinner, Johnny and Linda went upstairs to do their homework, and Tanya asked if he wanted to go sit out on the patio, maybe have a little after-dinner drink.

“Not tonight, baby. I’ve got a late meeting.” He pushed back from the table. “Time for me to go.”

“I wish you didn’t have to.” She made a pouty face.

Rick also wished he didn’t have to. He liked Billy Balfour, but Billy had crossed a line. “I won’t be late. You make sure those kids do their homework.”

“I know. And you’re a good mom.” He dropped a kiss on the top of her head.

Walking through the family room on his way to the garage, Rick admired the leather sofas and the wide-screen TV. At 72 inches across, it really was a home theater. He and Tanya could watch a movie later, something light. After tonight’s business, he would need to decompress.

Monitor screens on the garage wall showed multiple pictures of a quiet yard and an empty street. Rick tapped four numbers into the little box mounted beneath his workbench, and a section of wall swung away, revealing his gun cabinet. He selected a Glock 9mm and, after a moment’s consideration, an AWC Abraxis supressor. The Abraxis wouldn’t muffle the noise as well as the Osprey, but it was lighter and smaller, which could be important tonight. He closed the cabinet and slid the wall back in place.

After another check of the monitor, he climbed into his work car, a silver Toyota sedan that looked like a million other cars. He tucked the gun beside the seat where he could get to it quickly, turned the key in the ignition, and pressed the garage door opener.

Tomorrow or the day after, they’d find Billy shot twice through the back of his head. The news would call it an execution, and they’d be right. More important, people who might have been tempted to try some free-lancing would be reminded that Mr. Dee didn’t tolerate disloyalty, and Rick Stelljes would have another $25,000 to keep his family safe and comfortable.