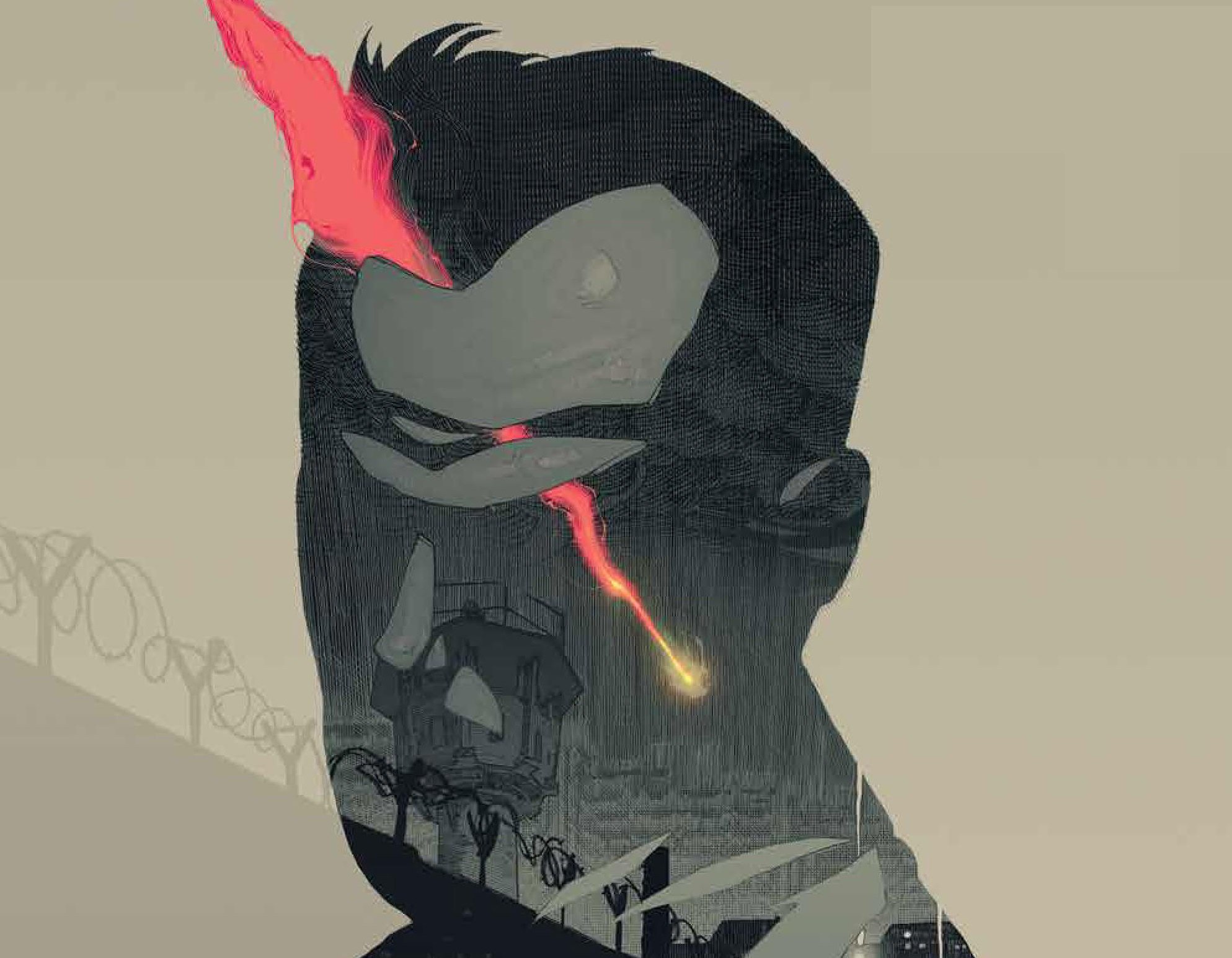 In Strange Skies Over East Berlin, writer Jeff Loveness (Judas) and Lisandro Estherren (Redneck) team up for a story in the spirit of Cold War classics, for fans of period piece science fiction as well as alien action such as Barrier.

The plot for this new series can essentially be summarized as Alien Encounters Meets Cold War Espionage:

Herring is a disillusioned American spy stationed on the eastern side of the Berlin Wall, struggling with his role in a Cold War that seems to have no end.

But when he’s sent on a mission behind enemy lines to infiltrate East German intelligence, he soon learns the Soviets have a secret weapon that could change the tides of the conflict: an alien monster that they don’t understand, and can’t control.

The Soviets are about to learn that they’re not in charge of the monster – it’s already in their minds and has twisted them to its will. Now Herring must find a way to understand the impossible – before it transforms him into a monster unlike any other. 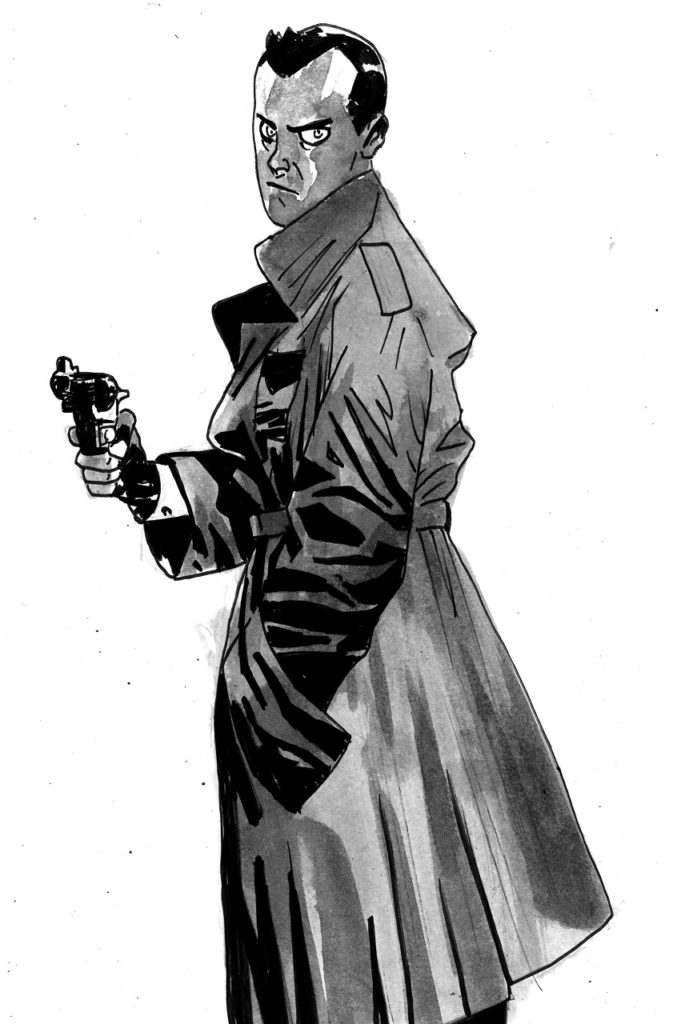 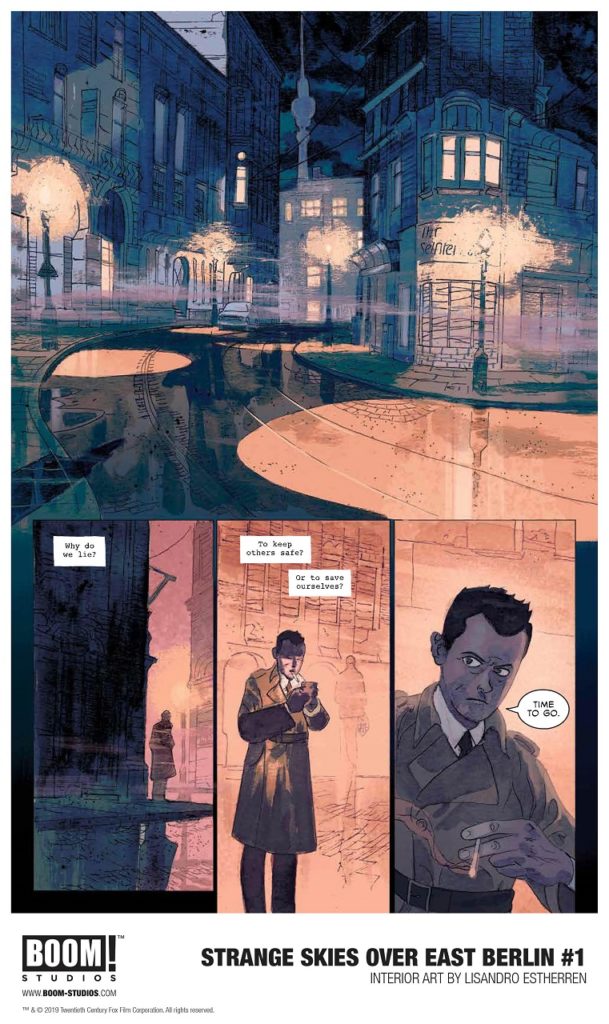 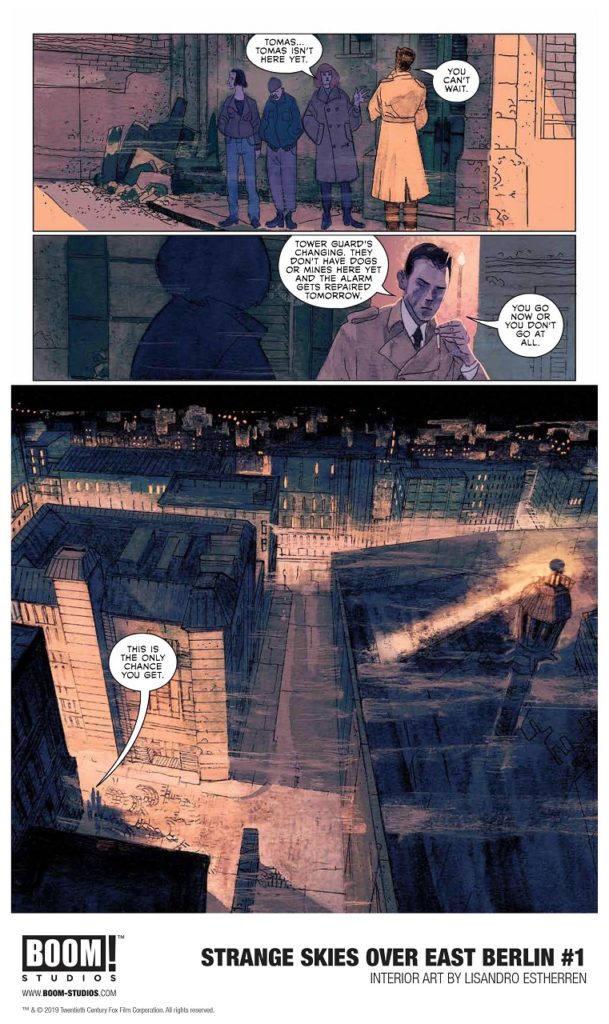 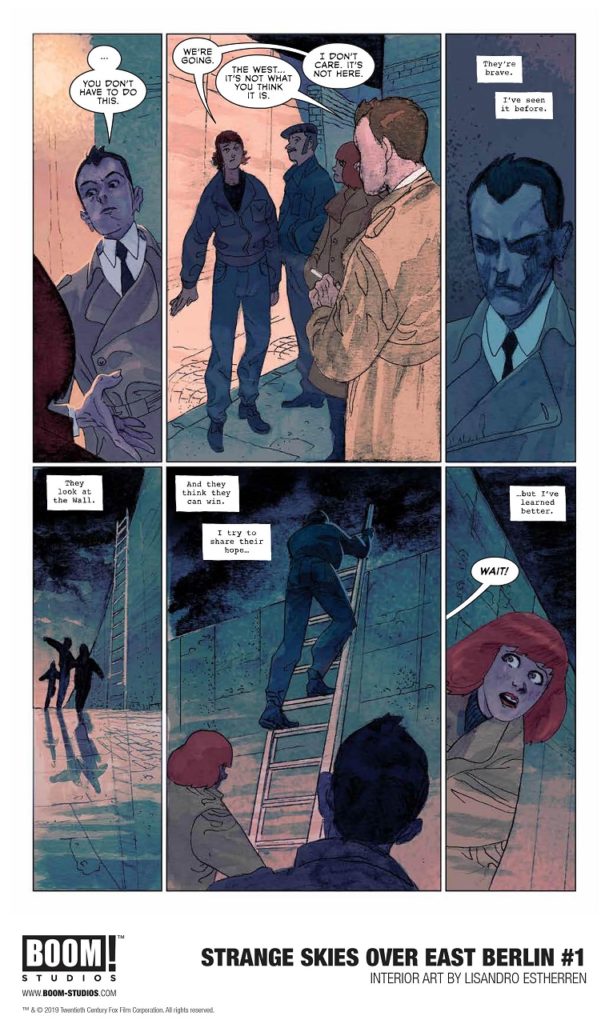 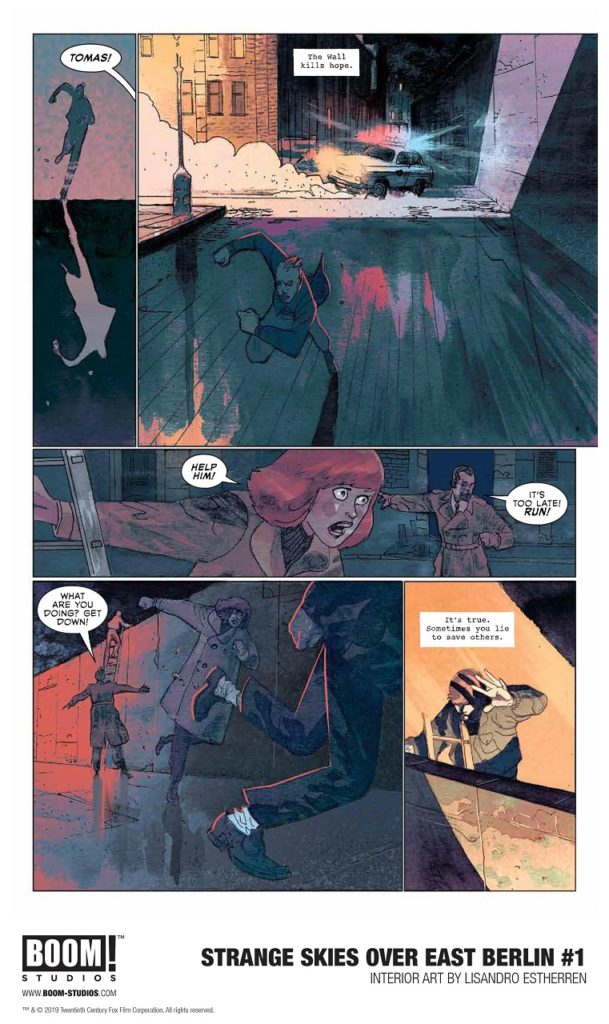 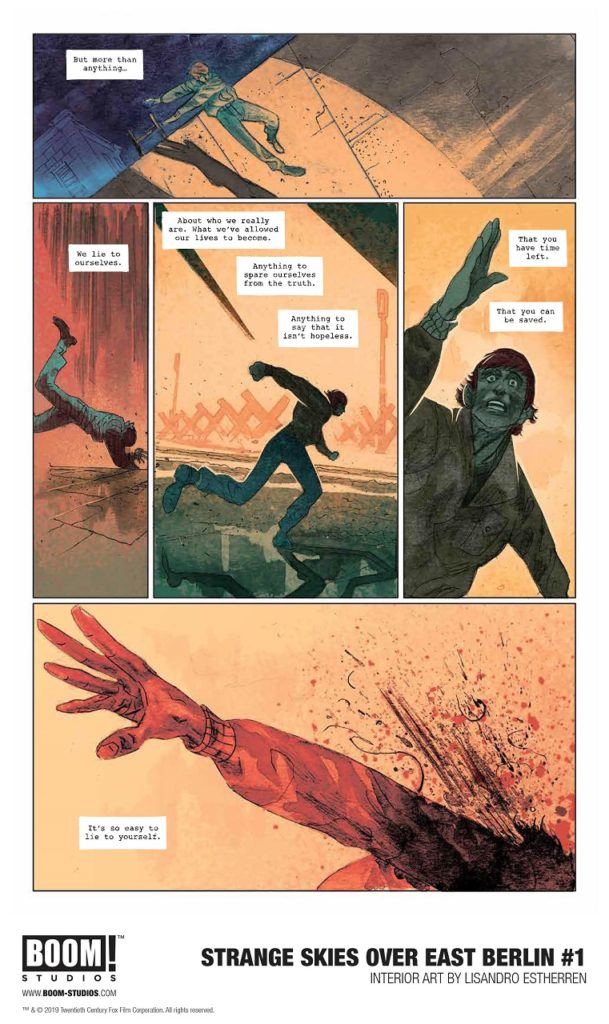 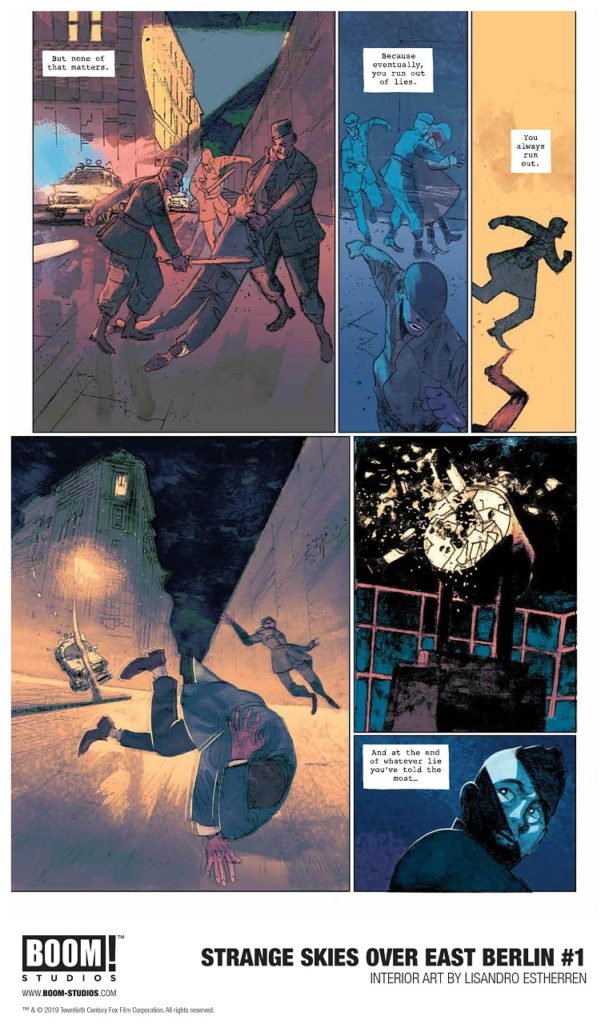 With an intriguing story-line, beautiful graphics and solid writing, this series has a lot going for it. It’s, without a doubt, one of our favorite titles of the season so far.