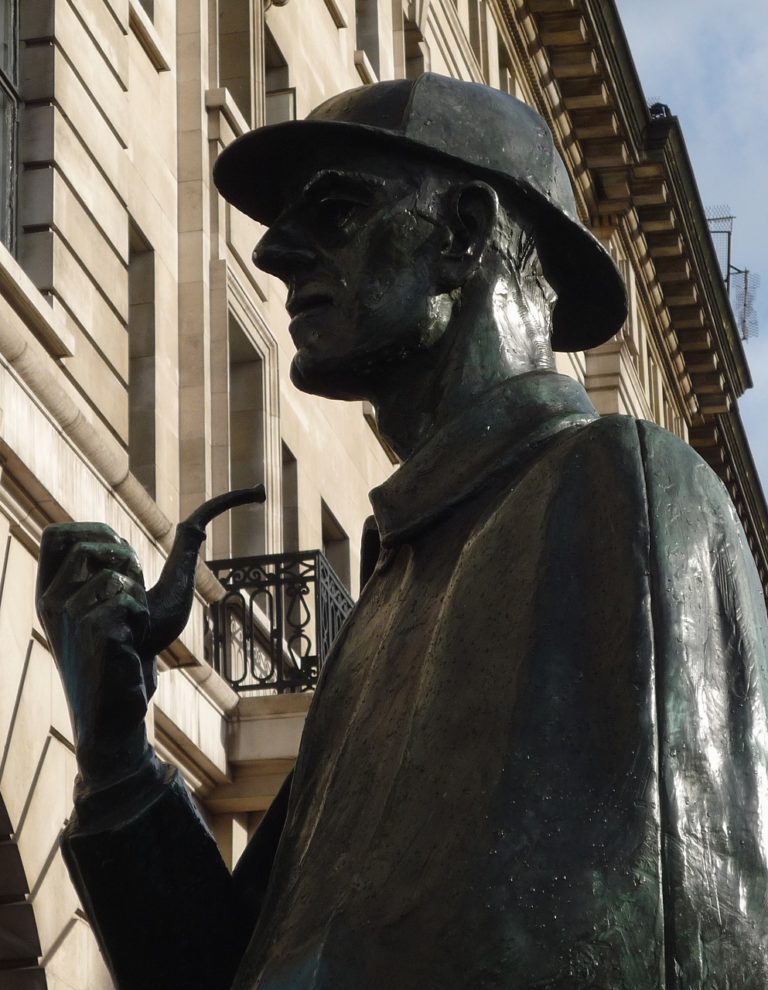 Gordon McAlpine, the Edgar-nominated author of Woman with a Blue Pencil, has a startling meta-fiction tale titled “Holmes Entangled” coming to market soon. Told in the voice of Sherlock Holmes and set in 1920s’ London, Cambridge, and Paris, the book portrays Holmes’s final adventure into an apparently paranormal matter which leads him through labyrinths of crime and espionage in Europe.

This new novel starts with a story within a story: A professor finds an old book hidden in a library in Buenos Aires which is written by the famous consulting detective. In the book, Sherlock Holmes is in his seventies and has retired from investigations and is peaceably disguised as a professor at Cambridge.

He is shaken when a modestly successful author in his late-sixties named Arthur Conan Doyle calls upon him at the university. This Conan Doyle, notable for historical adventure stories, science fiction, and a three-volume history of the Boer War (but no detective tales), somehow knows of the false professor’s true identity and pleads for investigative assistance. Someone is trying to kill Conan Doyle. Who? Why? Good questions, but what intrigues Holmes most is how the “middling scribbler” ascertained Holmes’s identity in the first place, despite the detective’s perfect disguise. Holmes takes the case.

There is danger every step of the way and for some unknown reason, great powers want the investigation quashed. But with the assistance of Dr. Watson’s widow, Holmes persists, exploring séances, the esoterica of Edgar Allan Poe, the revolutionary new science of quantum mechanics, and his own long-denied sense of loss and solitude. Ultimately, even Sherlock Holmes is unprepared for what the evidence suggests.

The brilliance of the work done by McAlpine in this novel is that he has constructed a conventional mystery and yet has also included interesting elements from science and other genres.

At less than 200 pages and thanks to a smooth narrative and easy language, this is a book which can be read in one sitting.

The author playfully changes the traditional portrayal of the Sherlock Holmes stories. For example, Ms. Hudson is depicted as the second wife of John Watson and is assisting Holmes with his inquiries. Conan Doyle is a client of Holmes and a potential victim. Such changes are being introduced masterfully and with proper introduction. As a result, they don’t put off the reader.

Traditional mystery needs more authors like Gordon McAlpine: Authors who can take enduring characters and narratives, polish them and give them a new beautiful face. This is a highly recommended title.