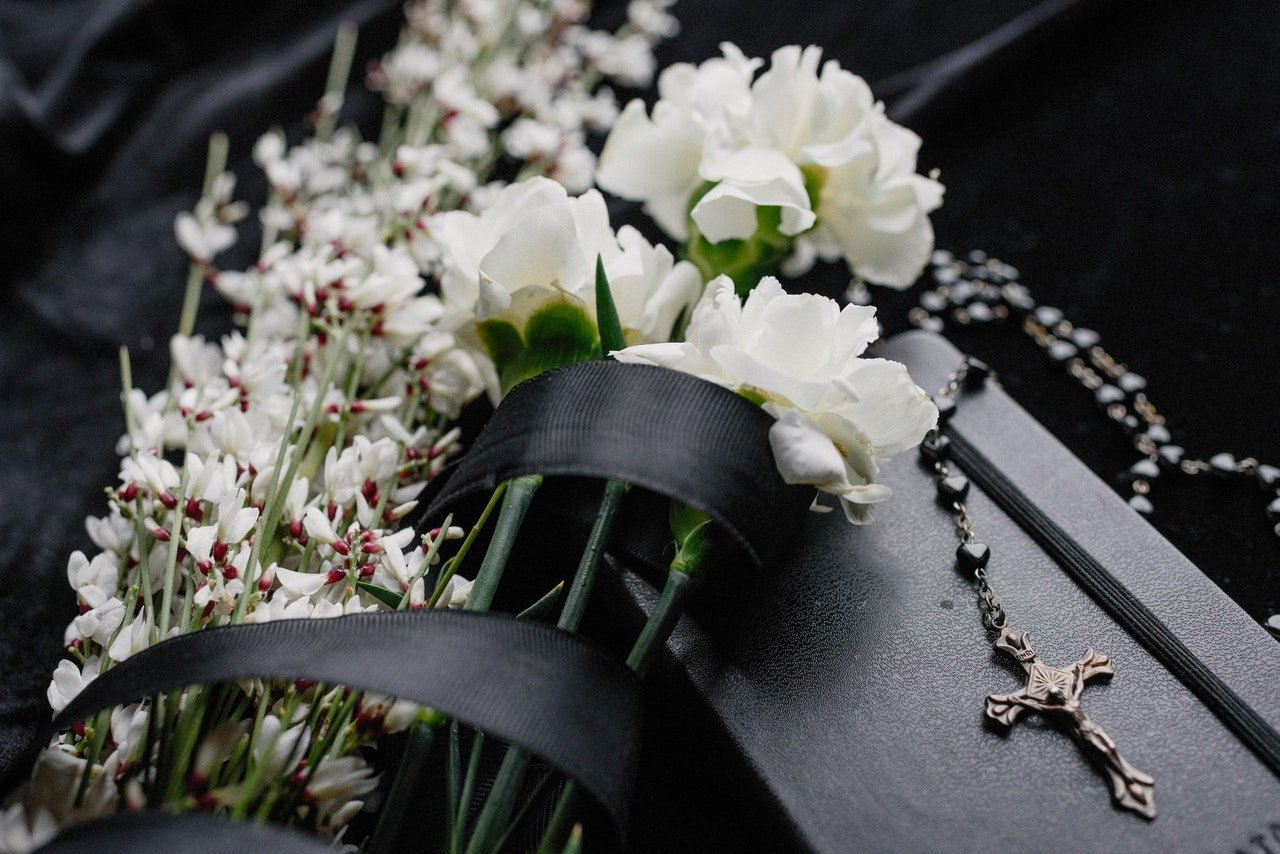 In End of Watch by Tom Barker, widow of a murdered police officer is escorted to the nursing home.

Time always moves forward.  When it’s your time, that’s it.  Her time came.  Her frail shaking hands lifted the blue vase with a black stripe from the wooden mantel and handed it to the bald, burly, barrel-chested police sergeant who stood on her right. Sergeant Atkins was president of the FOP Chapter 1—the only family the old lady had.

“This is Tony’s remains,” she said.  She reached and took the gray vase with the blue ribbon around it and handed it to the grim-faced blonde-haired female officer on her left.  “Angie, this is Keno, Tony’s dog.  He grieved himself to death two years after Tony was killed.”  Corporal Angie White was the vice-president of FOP Chapter 1.  A trembling young police officer, that looked about Tony’s age when he was murdered thirty years ago tomorrow handed her the walker.

“Angie, this is Keno, Tony’s dog.  He grieved himself to death two years after Tony was killed.”

The sad procession formed a line and started down the hallway lined with pictures of Tony and her—rookie school pictures, wedding pictures, their honeymoon cruise to the Bahamas, their first and last Christmas, and the sad picture where the mayor gave her Tony’s Medal of Valor.  The mayor said that Tony was a real hero and took the bullet intended for the drunk husband’s eighteen-month-old child. All she said was, “That’s the way Tony was.”  Everyone agreed.

When they reached the street lined with ramrod spit-shined officers at attention, the bagpipes began to play Amazing Grace, Tony’s favorite spiritual.  Neighbors, friends, and the curious wiped their tear stained eyes. “Who is that woman?” a stranger asked.  “That’s Tony Eppolito’s widow, the neighborhood’s hero.”  “Oh,” he replied, even though he didn’t know who Tony Eppolito was.

“Yeah, I remember you picked me up off the floor when I fainted.”

“Yes, ma’am.  I did do that,” the captain said as he struggled to hold back his tears and help her into the back seat.

The limousine started up, and the loud sounds of the motorcycle escort surrounded the watchers.  The slow caravan passed out of sight.

“Sergeant I saw Officer Eppiloto’s picture on the Medal of Valor wall at the academy.  He looked happy, and had a big smile,” the young officer said.

“Yep, that was him always a smile and a joke.”

“Sergeant, we don’t do this for all cop’s widows, do we?”  The young officer

asked.  “No, we don’t’.  Just the ones who have no family but us, and if the deceased were members of our Fraternal Order of Police lodge.”

The sergeant paused and wiped his face.  “She can’t stay at home anymore.  She’s going to a nursing home.  One where we have a wing for fallen hero’s’ wives.  She’ll be there with the others.  We’ll visit them. When her End of Watch comes, we’ll take her to her final resting place. Just like we did with Tony.”

If you’ve enjoyed End of Watch, you can visit our free digital archive of flash fiction here. Additionally, premium short fiction published by Mystery Tribune on a quarterly basis is available digitally here.