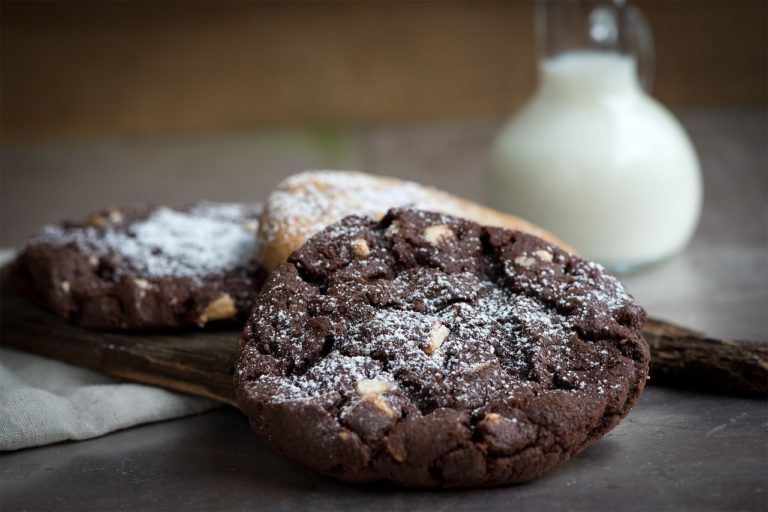 Ellie Alexander, Fudge and Jury, And Two Other Cozy Mysteries

Ellie Alexander is one of those mystery writers who caters to a specific demand among readers: Fun, cozy mysteries which often have something to do with food. She even compliments her novels with some recipes as a bonus. Fudge and Jury, one of her latest works, is not an exception.

Alexander is a Pacific Northwest native who spends ample time testing pastry recipes in her home kitchen or at one of the many famed coffeehouses nearby. She is the author of the popular Bakeshop Mysteries in which Fudge and Jury belongs to.

In this new story, it’s almost spring in Ashland, Oregon, and the town is preparing for the Shakespeare and the annual Chocolate Festival. Business is cookin’ at Torte, and the store is expanding as Jules’ team whips up crèpes filled with mascarpone cheese and dark chocolate. Torte stands a chance of being this year’s confectionery belle of the ball! Life couldn’t be sweeter—unless murder taints the batter.

Evan Rowe, of Confections Couture, makes a chocolate fountain that would put Willy Wonka to shame, and his truffles are to die for—literally? Yes, the world-renowned chocolatier has just turned up dead…right after sampling a slice of Jules’ decadent four-layer chocolate cake. Now all eyes are on Jules as she tries to find the mysterious ingredient in her own recipe. Can she sift out the truth before another contestant bites the buttercream?

Ellie Alexander’s funny and yet strong writing is certainly a delight for fans of cozy mysteries.

Also released recently, Snowed In With Murder is the new work of cozy mystery by Auralee Wallace. She is the author of the Otter Lake Mystery series which includes this title. Erica, the series heroine, has returned to Otter Lake, New Hampshire, to rekindle her romance with Sheriff Grady Forrester at her mom’s island retreat, currently closed for the off season. Just ahead of a rapidly advancing storm front, Erica arrives to discover Mom has rented the lodge to a reality TV show. They’re filming the wealthy but awful Boatright brood, who’ve been summoned here by their patriarch because―so he says―one of them wants to kill him.

Great television, terrible timing. Not only are Erica’s romantic hopes snuffed out like a candle flame, the nasty Nor’easter just became a superstorm…and no one is getting off the island ’til it blows over. When the power fails, it’s lights out for the patriarch. Now, marooned with a murdered millionaire and his feuding family, it’s up to Erica to take the killer by storm and get back to the business of reuniting with Grady―until death do they part!

This Cozy Novel is crazy, fun, unconventional and a hoot to read!

The British author Frances Brody returns with A Death In The Dales, a novel which brings back the joy of reading classics such as Agatha Christie’s work. Frances lives in the north of England, where she was born and grew up. As a former winner of HarperCollins Elizabeth Elgin Award, her work is evocative and high quality.

In this new Kate Shackleton novel, when the landlord of a Yorkshire tavern is killed in plain sight, Freda Simonson, the only witness to the crime, becomes plagued with guilt, believing the wrong man has been convicted. Following her death, it seems that the truth will never be uncovered in the peaceful village of Langcliffe…

But it just so happens that Freda’s nephew is courting the renowned amateur sleuth Kate Shackleton, who decides to holiday in Langcliffe with her indomitable teenage niece, Harriet. When Harriet strikes up a friendship with a local girl whose young brother is missing, the search leads Kate to uncover another suspicious death, not to mention an illicit affair.

As the present mysteries merge with the past’s mistakes, Kate is thrust into the secrets that Freda left behind and realizes that this courageous woman has entrusted her with solving a murder from beyond the grave. It soon becomes clear to her that nothing in Langcliffe is quite as it appears, and with a murderer on the loose and an ever-growing roster of suspects, this isn’t the holiday Kate was expecting…

A formidable character, Kate Shackleton and her stories continue to surprise and thrill.