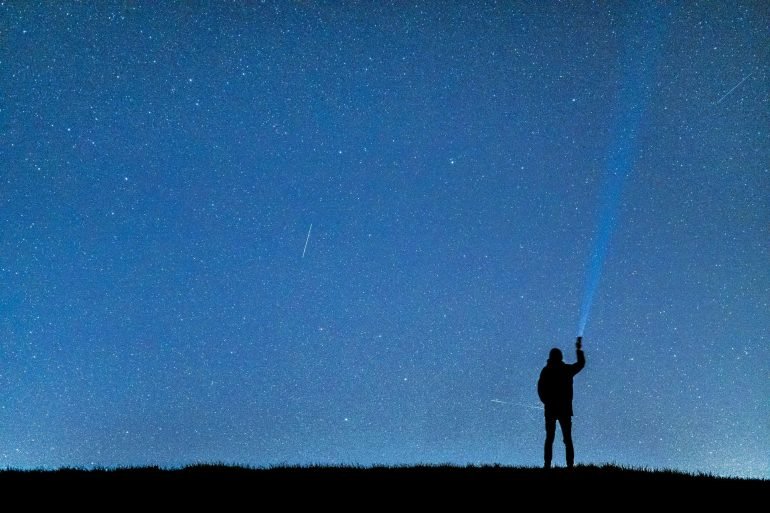 Don’t Be Afraid, the Clown’s Afraid Too: Jazz Noir By Mike Aaron

In Don’t Be Afraid, the Clown’s Afraid Too, Jazz noir flash fiction by Mike Aaron, Lee, a man with mental issues, exacts revenge on an old enemy. The story is centered around the same character featured in “Boogiestop Shuffle”  and Gunslinging Bird, also published by Mystery Tribune. To read other pieces by Mr. Aaron, please visit here.

Lee walks down Locust Street. Mingus is plucking away at “My Jelly Roll Soul” on his headphones. He wants the fish sandwich he likes and he only likes it here. It’s a long trip, Lee takes a bus and two trains and walks a long time. When he is working Lee doesn’t mind hoofing it, getting his fish sandwich is like work. Except he gives a man money instead of a man giving him money. Voice yells:

Lee looks down, sees Harold. Lee knows Harold from back in the day when Lee lived on Locust Street. Lee lived ON Locust Street. Lee doesn’t like being called Dino-Man. Before he had Mingus all Lee had was his dinos and they’ve been gone a long time but Lee still missed them.

“Dino-Man! You look good man. You off the streets? You still got them toys?”

Lee looked at him. Harold asked too many questions at once. Mingus jived in his ear. He said nothing.

“Hey man! Got a dollar for an old pal? You look like you can spare a dollar Dino-Man!”

Lee said nothing. Mingus said “Motherfucker lesson number one is we don’t give a dollar to nobody who ain’t giving us something back.”

“Fuck you Dino-Man! I forgot yous a slow ass stupid motherfucker! Mean too. Motherfucker. I seen old Cassidy down here last week and he ain’t got a dollar for me neither. Motherfuckers get off the streets and think they too good for the downtrodden.”

Lee thought of Cassidy and he wanted to cry. Mingus heard the name and he speeds the beat up, the beat said “Oh that motherfucker is alive? Motherfucker we gonna find him and when we do we gon do the do, you dig?”

Lee looked at Harold. He let the music clear his mind, he breathed long and hard and tried to to work his words out.

Harold stared back at him. Lee paused and wondered how else he could make himself clear. He let the music stir and let Mingus conduct and then realized that Harold wanted money. He handed him twenty bucks.

“He had on a MacDonalds uniform. Ain’t but one MacDonalds nearby over on Walnut so I guess he works there.”

Lee was already walking away. Harold was wrong. Not wrong but incomplete. Most people were incomplete. There was a McDonalds on Walnut but also one on Washington and one in the Gallery. And 100 more around the city. But Harold was right, he probably worked at one nearby.

Lee walked back to the train and forgot all about the fish sandwich. All he could think of now was Cassidy. When Lee lived on the street Cassidy hurt Lee. Hurt him bad. Hurt him in ways he had learned to cover up. When the nasty things happened he could tell the Dinos and they would look at him like he wasn’t a monster. But they couldn’t make him forget. Mingus made it go away. His brain was a chaotic storm of bad memories and ideas that move too fast for him to understand. Mingus sorted it out. Or distorted it out when he needed it to be fuzzy.

Lee went home and took two pills. The pills also steadied him out. Especially if he needed to talk to someone. He waits for the pills to kick in and then stands in front of the mirror. He says “I want a gun.” “Sell me a gun.” “Lou. A gun please.” And he makes a finger gun and then rubs his fingers together like money. He walks to the bar and hopes Pat isn’t there. Pat is always mean. He spies Lou in the back and walks up to him. He is practicing the words in his head. Mingus is trying to keep it together but the band is wild. Eric is playing the wrong notes and it’s all the Baron can do to keep it melodic.

Lou looks up at him. Lou’s mask says TOUGH but Lee can always see past the masks and his real mask is DRUNK.

“Fuck are you staring at me fer.”

“I didn’t call you, did I call you? I ain’t got shit for you. Get out of here with yer creepy shit.”

Lee put his mask on. His mask said CONFIDENT.

“Please!’ Lou said with a laugh, “your a polite fucking gangster.” Lee did not like being called a gangster.

“You want a gun freak, I’ll sell you a gun. But don’t do anything stupid with it. You’re my best guy and if you get pinched on a gun charge I’ll kill you before the cops do.

Lee wasn’t worried. Lee killed for Lou. Lou was not capable of much without him.

Pat treated Lee like a kid. Pat charges Lee three times what the gun costs but Lee has the money and it’s easier than negotiating. The idea confuses Lee he wouldn’t know where to begin a conversation where all you do is lie to each other. Pat shows him the gun and the safety and the clip. He talks down to Lee but Lee doesn’t have space in his brain to care. Only hate in his heart for Cassidy and no time to waste.

The next morning Lee hunts. He sat in a booth at the McDonalds on Broad all day and listened to “The Jazzical Moods”. Lee loved McDonalds. He loves cokes and milkshakes and hamburgers with cheese and fresh french fries. Lee has one friend and his friend taught him to order the fires with no salt because then they make them fresh and you can salt them yourself. Lee liked salting his french fries and dipping them in sweet and sour sauce which was neither sweet nor sour really.

Sometimes he watched so intently that when the music stopped he forgot to play more.

But Lee was working so he ordered a hot tea which tastes like dirty water and he watched. When someone asked him to leave he ordered more hot tea and kept watching. He did the same the next week at the McDonalds in the gallery, but he sat across the food court and watched and waited and listened to “Mingus at Antibes”.

Sometimes he watched so intently that when the music stopped he forgot to play more. He would only remember because he would catch his anger rising, like it was building against his eyes and mouth and nose and would burst out of him. His anger would pop his whole body and when he started to shake he was so angry he threw on “Mingus at Bohemia” and calmed down a little.

Normally Lee worked finesse. He could see things and connections that helped him find people. Now he worked brute force. One week at each McDonalds. Whichever location Cassidy worked he would have to show up for a shift within a week. The third week Lee staked out the store on Walnut and day one, second one there he was. Standing behind the cash register. His hair was shorter and he had a mustache but he was the same. Seeing made Lee hurt. The fear pricked the back of his neck that used to say RUN! when he saw him. He could hear Cassidy’s voice and smell his breath and feel his heat. He turned Mingus up LOUD so loud he could barely think because all he needed to do was WATCH.

He watched for an hour. He planned while Mingus played “Peggy’s Blue Skylight”. When the Baron played he could plan. Keep watching. Watch everyday. Follow him home. See where he lives and what does for fun, Learn patterns, read his mail and go through his garbage. See the man. Learn the man.

Be the man. Know everything so when the time comes you are ready. Safe and ready. But Lee can’t keep watching, can’t keep the memories of Cassidy and the reality of Cassidy separate. Everything blends together and he walks away. He walks around the block and every time he does he glances, fast as he can to see if he is there. Does this for hours. Cassidy leaves and now Lee must follow. Must follow close. Lee must not look away. He keeps pushing the volume higher on Mingus, he pops pills, he sweats, he imagines, he remembers, he dreams, he concentrates, he follows. Onto the subway platform and onto the train and off the train at Snyder. Down the street. West, west, west, west.

Cassidy turns again down a small street. Deserted. Lee turns Mingus off. Mingus rides with Lee but now Lee is alone. The thoughts flood his mind. He is on the verge of letting the wave take him. His eyes fill with blood and tears and his brain is too big for his little head and its about the burst. There is no sound. No Mingus plucking at the bass. No Eric honking his horn. No Danny Richmond. Just Lee and Cassidy. Footsteps, loud. Lee realizes he is breathing loud, he is making noises. Noises he hasn’t made in years. Cassidy turns around.

“What the fuck?” he says, staring at Lee. Lee says nothing, he fumes silently and screams and trembles.

“Shit, Dino-Man? Is that you Dino-Man? You back for some more of daddy’s sugar?” Cassidy says with a smile.

Lee pulls the piece and puts two in his chest. One in his dick. Two more in his eyes. He lays there dead and bloody and he can hear screams. Lights come on in windows. Lee drops the gun and puts the headphones back in. Walks away slow and Mingus begins to pluck. It’s a slow one he likes “Duke Ellington’s Sound of Love”. He turns the corner and thinks about a milkshake and fries.

If you’ve enjoyed Don’t Be Afraid, the Clown’s Afraid Too, you can visit our free digital archive of flash fiction here. Additionally, premium short fiction published by Mystery Tribune on a quarterly basis is available digitally here.