I met Cheryl for the first time last summer at OutWrite, a LGBTQ+ book festival in DC, and we got to hang out again (read as: drink) at Bouchercon. I liked her immediately, and then I read Bury Me When I’m Dead

, her first Charlie Mack Motown Mystery, which made me like her even more! Her characters have guts and swagger, and I’m excited to introduce Mystery Tribune readers to an author I’m very glad to know. Let’s talk!

KRISTEN LEPIONKA: You write a series about queer, black private investigator Charlie Mack. What made you decide to write PI fiction? Is creating a character like this in a sub-genre seriously lacking in diversity important to you?

CHERYL HEAD: Yes. It’s very important to me to see a character like myself in the P.I. space. I’ve always held the conceit that African-American women are born to be investigators. LOL.  I’m a huge fan of the mainstream P.I. genre. I love the archetype of the intentional private investigator–the loner, intellectually curious, code of honor, protector of the underdog.

Those things resonate with me.  I’ve read the amazing classic series with female investigators: Warshawski, Millhone, Precious Ramotswe. I’m also reading a lot of the new female P.I. series like yours, Tracy Clark’s, Aimee Hix.  What can I say, I love a smart, capable, fearless, woman sleuth. Flaws and all.

KL: The flaws are the best part! So, your series is set in Detroit (where you’re from). How does location inform your writing? Are there unique challenges to writing an LGBTQ+ protagonist in a Midwestern city?

CH: Location is very, very important to me.  I believe Detroit is one of America’s bellwether cities. It’s past is certainly steeped in the success of American manufacturing and in the United State’s reputation as a superpower.  One need only look at the role Detroit played in World War II’s so-called Arsenal of Democracy.

Then there’s Detroit’s preeminence in American music with the influence of Motown Records. The ingenuity of Henry Ford (racist though he may have been) in conceiving of the assembly line.  The creativity of the city from Lily Tomlin to Eminem to Berry Gordy to Elmore Leonard (just to bring this back to crime writing).  Can you tell I’m a Detroit booster?

My Charlie Mack Motown Mystery series is set in the mid-2000’s, one of Detroit’s low points-politically, culturally, financially.  It is great fodder for crime plots. And although Detroit is not particularly known for a large and robust LGBTQ community, that fact shows up in my protagonist’s conflict with her sexuality.

KL: Tell me about your journey to being published.

CH: I think my path is a bit unusual.  I wrote a first novel–not a mystery–about a handful of black soldiers surviving a segregated Army experience in Arizona during World War II. It was a labor of love.  I needed to portray the life I’d heard of while doing oral histories with black men, and women, who had served during WWII. These were not the ‘glory in battle’ stories we see so often in film.

But there was the quiet, courageous, tenacity in serving faithfully and with pride, while being treated as second-class soldiers. I think it’s an important, rarely-told story. I went about the agent query process to get the novel published, and I didn’t get a bite. Although, I did get a few encouraging ‘no’ letters.

I didn’t query a lot-fewer than twenty letters-but I was impatient. So, I self-published the book, Long Way Home: A World War II Novel

, on Amazon’s Kindle and CreateSpace platforms in 2014. I was honored to receive finalist status from the Next Generation Indie Book Awards in two categories: African-American literature, and Historical Fiction.  The research and writing for that first book took so much out of me, I wanted next to write something fun.

My Charlie Mack Motown Mystery series is set in the mid-2000’s, one of Detroit’s low points-politically, culturally, financially.  It is great fodder for crime plots.

So, I quickly completed the manuscript of my first mystery, and again self-published. The principal of my current publisher, Bywater Books, read that mystery. We met, and talked, at a book reading during a women’s festival, and she signed me on to add new content, and re-issue, the novel as the first in the Charlie Mack Motown Mystery series.

KL: Next month you’re teaching a workshop in Chicago about writing diverse characters. Let’s talk about why this is important in an industry full of poorly-written characters from marginalized identities (and of writers who talk about feeling persecuted for not being “allowed” to write people from different backgrounds).

CH: Here’s the way I see it.  Writers can write whatever they want.  But, if I write something I’m not familiar with, I research the hell out of it.  I knew about what the average person knows about WWII when I started writing that novel.

But I spent hours with Library of Congress archives; interviewed first-person sources; read the letters of soldiers; looked at War Department films; studied maps; read books. I did my homework, because I wanted to do honor to the story. When writing about people who aren’t like you (which is the subject of my upcoming workshop for the MWA Midwest Chapter) please do the homework.

At the workshop, I’ll lead a discussion on the concept of building cultural competence. It requires humility in wanting to understand the nuances of culture and experience and language and history of a group.  It is a process, and not an end to itself. Readers will know, eventually, if you’ve been lazy in this part of the work of the writer.

Read mysteries like you drink water.  There are so many good mystery writers. The genre has exploded.

Today’s diverse audiences expect to see themselves and expect accurate depictions.  I give credit, for instance, to award-winning mystery writer Tony Hillerman who developed his cultural competence to write stories set in Navajo country that were well-received by those he was writing about.

Finally, let me say this, we need more diverse writers in the mystery writing community.  We already have a slew of them, writing really good work in the genre, including a strong slate of LGBTQ writers.  If we want the mystery/crime genre to continue to grow and thrive, we have to welcome the #ownvoices writers who do, and want to, excel in this writing.

I want to excel at it. I also know a whole lot of diverse writers who want to ‘do right’ by the genre and the community. Simultaneously, they want to elevate the genre with new ideas, and plotlines, and characters who will expand our readership.

KL: What advice would you give to new LGBTQ+ writers who are hoping to publish a mystery someday?

CH: Read mysteries like you drink water.  There are so many good mystery writers. The genre has exploded.  Then start working on your individual work.  Bring your authentic voice to the work.  Write and read.  I am learning every, single, day.

I know the only way to innovate in any discipline is to first really know the discipline. You can’t break the rules for the improvement of the work, until you really know the rules.  It’s like jazz. You have to master the notes, before you can improvise.

CH: I’m going to put your Roxane Weary mysteries high on my list, not because I’m trying to be a brown-noser, but because I enjoy your writing, and your protagonist. [Note from KL: Thank you!]

Stefani Deoul does a YA mystery series with a queer, she/her protagonist. I’ve read a lot of lesbian mystery works in the past couple of years.  Elizabeth Sims’ Lillian Byrd series are also set in Detroit like mine. I cut my teeth on Katherine V. Forrest’s Kate Delafield. I would be remiss not to mention MWA Master, Ellen Hart. There are so many more who are a required read.

KL: It’s Black History Month. Let’s talk specifically about other queer, black crime writers—it’s a short list! I’ve got Nikki Baker, author of the Virginia Kelly series. Can you add anyone else?

CH: Penny Mickelbury’s series. S. Reneé Bess writes books with crime elements in each one. I stand on their shoulders, and Nikki’s. I still look at my cover of Baker’s The Lavender House Murder with a nostalgic sigh from time-to-time. There is a black woman on the cover of that book; that’s something the publishing industry doesn’t think sells books.

KL: You have a new book coming out in March– Catch Me When I’m Falling

. How has Charlie changed over the course of the series? Have current events shaped the books at all? (I wrote my first book pre-Trump, and it has definitely affected the arc of my series.)

CH: My Trump ire hasn’t influenced my series much, since it’s set in the mid 2000’s, although because it is just post 9/11, there is a recurring reference to Charlie having left Homeland Security because she’s troubled by the agency’s profiling of Detroit’s Arab-American population.

[Note from KL: I completely forgot that the series is set in the recent past–the storytelling is timeless! And so is that particular Homeland Security dynamic, unfortunately.]

Charlie, however, is certainly changing over the series. She eschews the label of bisexual, but she is just that. As the series progresses she settles into the fact that she is a woman who loves women–because she is crystal clear about her love for Mandy Porter.  By the way, I think our community of writers should pay a lot more attention to the B part of our LGBTQIA acronym.

KL: I couldn’t agree more about that. So what comes after that for you and Charlie Mack?

CH: Book four is written, and involves a dual plot of Charlie serving, not without incident, on a jury trial; while her agency helps a client charged with rape prepare for a criminal Grand Jury proceeding. I sat five weeks on Grand Jury here in DC two years ago, and I had to get some of the intricacies, and drama, of that down on paper.

KL: What are you excited about right now? Anything else you want to plug?

CH: I’m really excited about the third book-Catch Me When I’m Falling. It’s a tight story, set in an extremely interesting and vibrant neighborhood of Detroit. The story is filled with danger but also a lot of insight about being ‘other.’ The book has my first trans character and I asked for, and got, a sensitivity read.

It just goes to show we can all use help when we are writing about unfamiliar territory.  I’m also spinning off one of my characters in the Charlie Mack series into a mainstream mystery series set in Washington, DC. during the Obama administration. So far, it’s been challenging, and fun to do that writing.

Cheryl A. Head is the Lammy-nominated author of the Charlie Mack Motown Mystery series. Originally from Detroit, Cheryl now lives on Capitol Hill in Washington, D.C., where she has navigated a successful career as a writer, television producer, filmmaker, broadcast executive, and media funder. 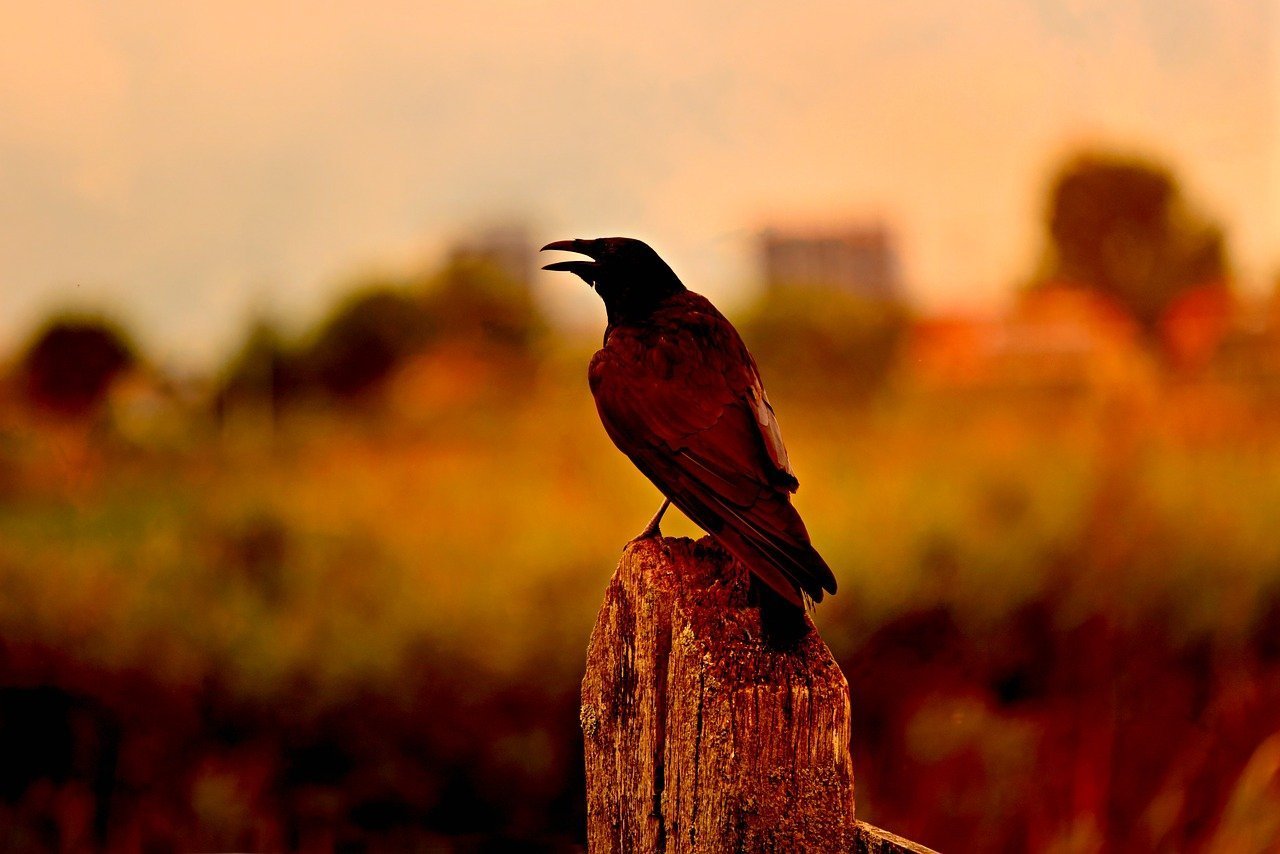